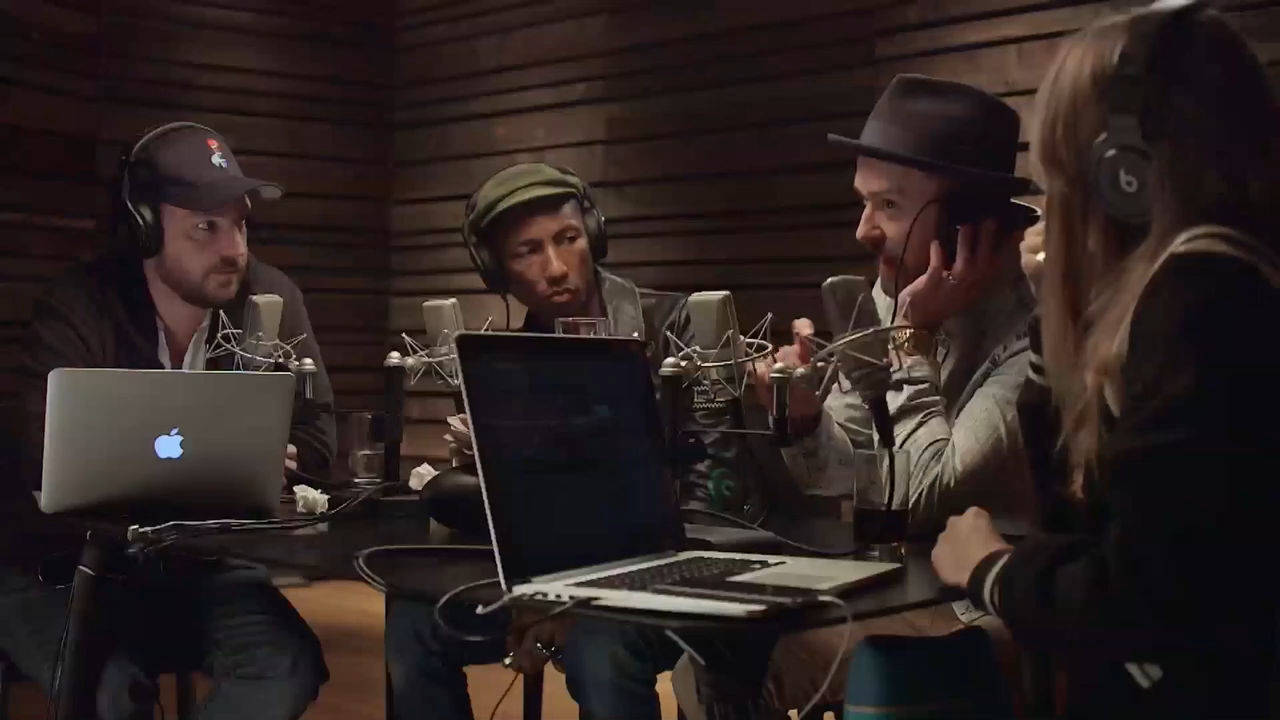 Pharrell and Scott Vener premiered this week their first eposide of “OTHERtone” For their first installment, Williams and Vener had help running through the “newness, freshness, and what-is-that-ness” of the artists currently on their radar. Surprise guests Justin Timberlake and Cara Delevingne stopped by to nerd out with them over one of their favorites, Alabama Shakes. “This band is incredible,” Timberlake said, before describing the Shakes‘ lead singer Brittany Howard “[as if] Nina Simone, Minnie Riperton and Janis Joplin all had a love child.”

Right at the beginning, they all started beatboxing, while Scott Vener remembers the first time meeting Pharrell and going to his house back in 2001. And according to Pharrell, N*E*R*D’s ‘She Wants To Move’ has been inspired by The White Stripes’ ‘Seven Nation Army’. Afterwards, Justin Timberlake went back to the time when Pharrell and him worked together, which was on *NSYNC’s ‘Girlfriend’ and  revealed that Usher’s ‘What’s A Guy Gotta Do’ was *NSYNC’s tune. Right at the end, they’ve been beatboxing once again the Super Mario Theme. Check out the whole show below. Look for it every other Sunday on Beats 1.

OTHERtone coming to #Beats1 from @applemusic. Get ready. @brokemogul @caradelevingne @justintimberlake A video posted by Pharrell Williams (@pharrell) on Jun 27, 2015 at 10:57am PDT