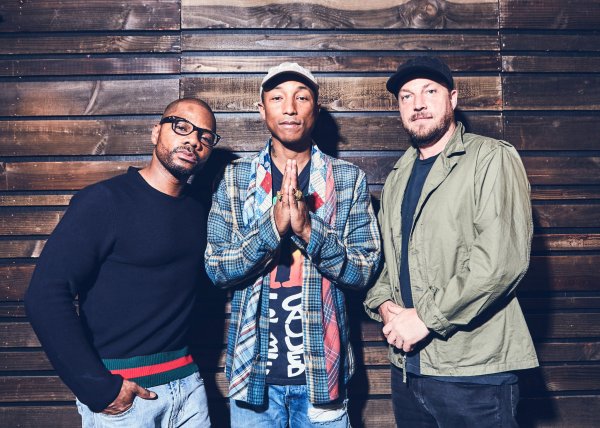 A remix of Franklin’s “123 Victory” with Pharrell helps send the song to No. 1, marking Franklin’s record-breaking fifth leader. Gospel singer-songwriter/producer Kirk Franklin is known for collaborating with artists outside the gospel circle. For instance, when Kanye West performed on the Feb. 13 episode of NBC’s Saturday Night Live, he brought out Franklin and Chance The Rapper. For his newest partnership, Franklin recruited pop/R&B artist/producer Pharrell Williams for a fresh version of Franklin’s “123 Victory,” which, sparked by Pharrell’s featured involvement, tops Billboard’s Hot Gospel Songs chart. 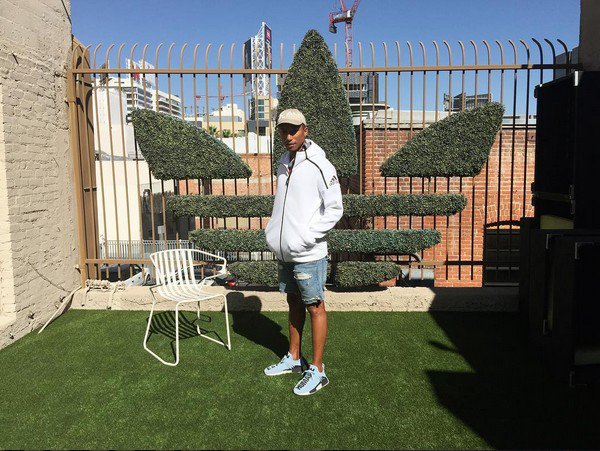 The track debuted at No. 15 on the Hot Gospel Songs ranking dated Dec. 5, 2015, and first peaked at No. 2 in May. Now in its 41st week, it soars 9-1 powered by the Pharrell-assisted version; as with any song, edits or remixes of tracks are combined for chart purposes. Only one song has taken longer to hit No. 1 in the chart’s 11-year history: Ricky Dillard & New G’s “Amazing,” which completed a 47-week odyssey on Dec. 27, 2014. Make sure to cop the Remix on iTunes.

“Victory” vaults 20-1 on Gospel Digital Songs (where it also reigns for the first time), surging by 1,241 percent to 4,000 downloads sold, its best weekly sum, in the week ending Aug. 25, according to Nielsen Music. Of the song’s sales during the week, 90 percent were of the new Pharrell remix. “Victory” is Franklin‘s record-breaking fifth Hot Gospel Songs No. 1. (Pharrell, now listed as featured on the song, rules in his first chart visit.) As Franklin breaks out of a tie with three acts, here is an updated look at the artists with the most Hot Gospel Songs No. 1s, dating to the chart’s March 19, 2005, inception:

“Victory” follows Franklin’s prior No. 1 — “Wanna Be Happy?” — which logged the chart’s second-longest reign, 45 weeks (Sept. 19, 2015-July 23). First place belongs to Marvin Sapp’s “Never Would Have Made It” (46 weeks, 2007-08). Franklin first began appearing on Billboard charts in 1993 and topped Hot Gospel Songs for the first time soon after its launch, for 18 weeks in 2005-06 with “Looking For You.” Meanwhile, Franklin’s 9-1 “Victory” lap marks the biggest jump to No. 1 on Hot Gospel Songs since the de facto Destiny’s Child reunion track “Say Yes,” by Michelle Williams featuring Beyonce and Kelly Rowland, also roared 9-1 on July 5, 2014.