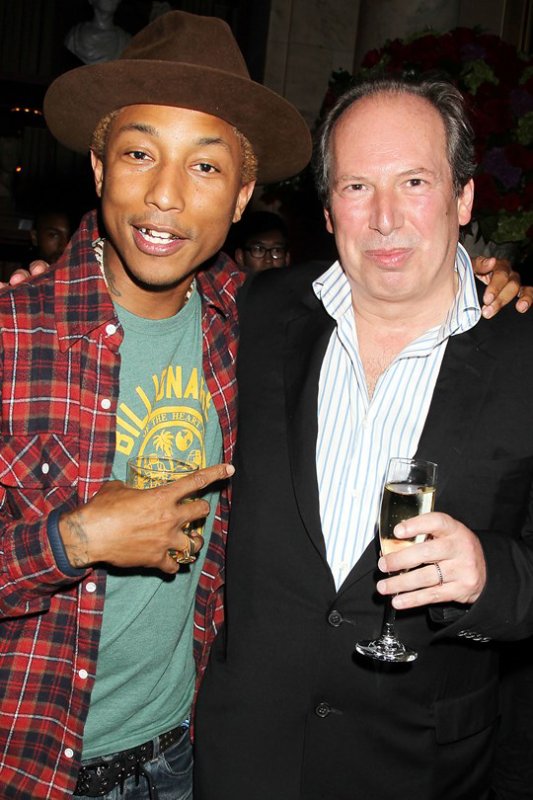 Hans Zimmer: Pharrell had been telling me this story for quite a while. It was a part of history that I didn’t know about. And musically what was interesting to me about it was that we all have an idea about what the music for conquering space sounds like: The Right Stuff, Aaron Copland, Americana. But there is no African-American or, for that matter, female musical perspective on this subject at all. That unknown is where we started from. Is that right, P?

Pharrell Williams: Well, it’s like if we were in a car on a cross-country drive, and we all knew that there were many different routes to get where we wanted to go, but we were just following our emotional GPS. There are lefts you could make, there are rights you could make, and yes, you could end up getting there by maybe a little longer or shorter of a route, but we were all hooked up to the same GPS, you know? That’s how I thought of it.

HZ: Just to be specific about a couple of little things, which turned out not to be so little: The biggest difference between our score and other movies involving NASA came from an idea of yours. You said, “Can we make the orchestra more diversified? Can we find as many ­African-American and women musicians as possible?” And doing that wasn’t actually that easy. We had to fly people in from Atlanta and New York. But the result was such a pristine and beautiful sound. There was an emotional commitment to the material that I’d never heard from an orchestra before. Every piece of music in the film started with us in a room playing to each other, but we cast every musician who played on the score after that. We had one really good tune and got Herbie Hancock in to play it. Remember that, P?

PW: It was nothing short of magical. I remember distinct chord contributions that I was very proud of. Composing is a skill-set — think about Mozart, think about Beethoven. These are guys who had super-elaborate ideas floating around in their minds, and bringing them to life is completely different from what I normally do. So I wanted to enlist guys like you, Hans, who think in those musically intricate, complex ways. Selfishly, I tried to use this opportunity as a crash course to learn something.

HZ: Pharrell, I don’t know if you remember — we have three-quarters of an original album finished.
PW: Yeah, it’s crazy, we do. We’ll get to it one of these days.

HZ: It’s a delight anytime we’re in a room together! I’m also recalling how for this movie we had to create a whole sonic world. So, even though the music has some period, early-’60s feel, we wanted it to be a bridge to modern culture in the synths or melodic lines.
PW: One of the things I learned from you about the scoring of this movie is objectivity, asking, “This may sound good, but what does it do? What does it mean?” The music always needs to be supporting the story.

HZ: And not be didactic about it. You know, P, I had this nice quiet life sitting in the studio writing movie scores, and then you talked me into hanging out with you and working together and doing live concerts of my music, and now it’s tour buses and airplanes and it’s entirely your fault!
PW: It’s been good for your soul, big bro. Good for your soul.