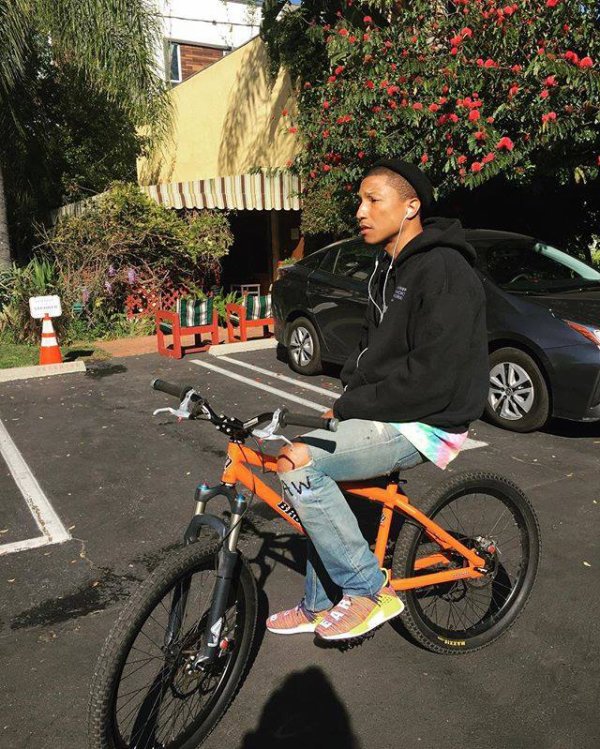 Pharrell Williams is not only speaking at commencement — he also plans to debut a new song during the ceremony. After tweeting his excitement about speaking at NYU’s graduation ceremony, Williams said he has been working on a song to impress all the graduates. “I was really inspired by Kanye’s song drop at NYU a few years ago,” Williams said in a statement. “NYU is the perfect mix of artsy, intellectual and influential that if my song is what they associate their graduation with, it could be the anthem of a whole generation.”

Williams said this song will hopefully stick with all the grads and help them in even the toughest times. Although he does not believe the lyrics will make sense when they first hear it, Williams said that it is all part of the journey — the song’s meaning is meant to slowly reveal itself as everybody slowly progresses in their post-university lives. NYU Spokesperson Johannes Becker said the university already listened to the song, even though it is not yet complete.

As somebody well along in his career, Becker said that he found the lyrics deep and that the words resonated with many NYU community members during the preview last Sunday. “The board of trustees, every school dean and our communication team all crammed into this sound-proof room and started swaying as we listened to it,” Becker said. “We all agreed that this was a fitting way to send off our class of 2017. They have done some amazing work, and this song is hopefully something all our graduates — past and present — can fall back on when the goings get tougher than they imagined.”

Becker said he anticipates the next listening, which will happen a week before graduation. He thinks it will be a treat for everybody, especially as the weeks become busier with final ceremony preparations. Senior Vice President of Student Affairs Marcus Wayze said he is trying to get closer with Williams leading up to the ceremony so that he can hopefully get a shout out in the song. Although he thinks it is unlikely, Faunce said he is just excited for him coming to the ceremony.

“If not me, at least [NYU President] Andy,” Wayze said while laughing. “I think to really make this an anthem for our school, he [Williams] should include some kind of shout out that the Violets all know and love — kind of like Nicki Minaj but without the sexual double entendre.” Wayze said he really hopes that if the shout out happens, it does not include a body part-related pun or allusion. But Wayze said he would not be opposed to Williams simply dedicating the song to him and forgoing the shout out.

Williams said that while the song is not finalized and that there is always room for improvement, he is excited to see where the creative process takes him. He believes that there is no better way to communicate his appreciation to NYU than via music. “You know what commencement means?” Williams asked. “It means the beginning of something, even though it marks the end of someone’s time at an institution. But this commencement for me is more than just a beginning — it’s a whole new era — and it all starts with one note.”

Thank you, NYU. What an honor to be recognized by your world class institution. Looking forward to joining you at this year’s commencement! https://t.co/AGs3XVc6WY