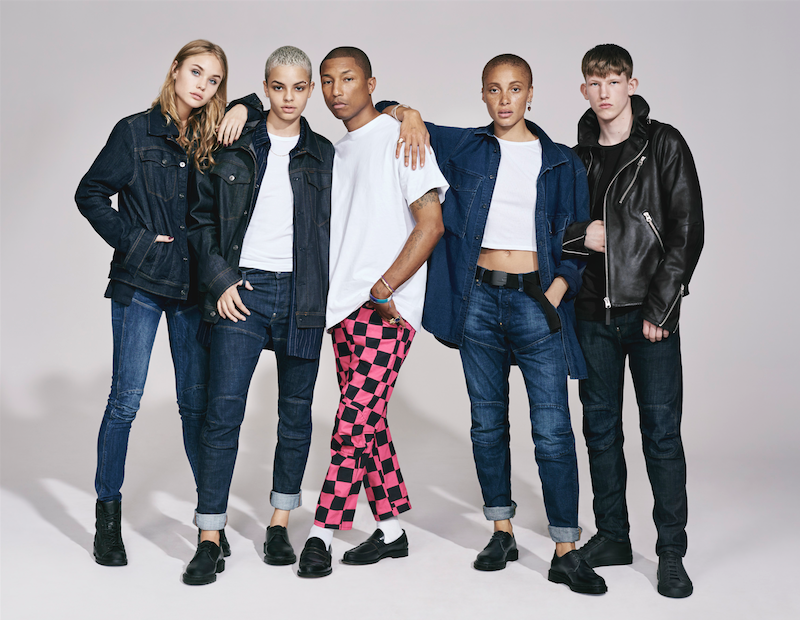 The new G-Star FW17 Campaign, a diverse celebration of individuality starring superstar Pharrell alongside a bevy of some of the most exciting creatives in fashion. Pharrell Williams – musician, producer, and G-Star RAW’s co-owner and Head of Imagination – stars in the brand’s Fall/Winter 2017 campaign alongside a diverse and dynamic collective of creatives, including Adwoa Aboah, Jean Campbell and Lennon Gallagher. 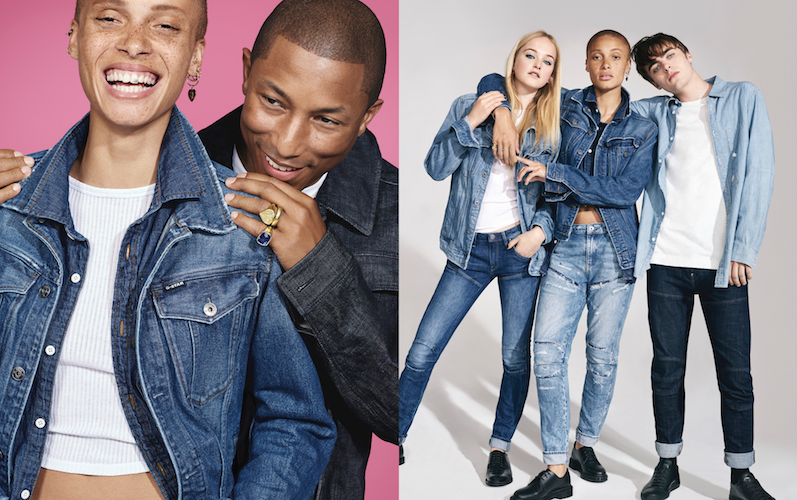 More than just a campaign, the imagery and video sees some of the most talked-about stars of the moment showing how they wear the iconic G-Star Elwood in their own unique way. Captured by acclaimed artist/photographer Collier Schorr, the campaign shows Aboah, model, mental health advocate and founder of Gurls Talk, alongside her younger sister, Kesewa; fellow models Campbell, India Graham and Brooke Perry; Scottish actor and model Connor Newall, and Gallagher, model and son of Oasis frontman Liam Gallagher. The campaign was shot in New York. 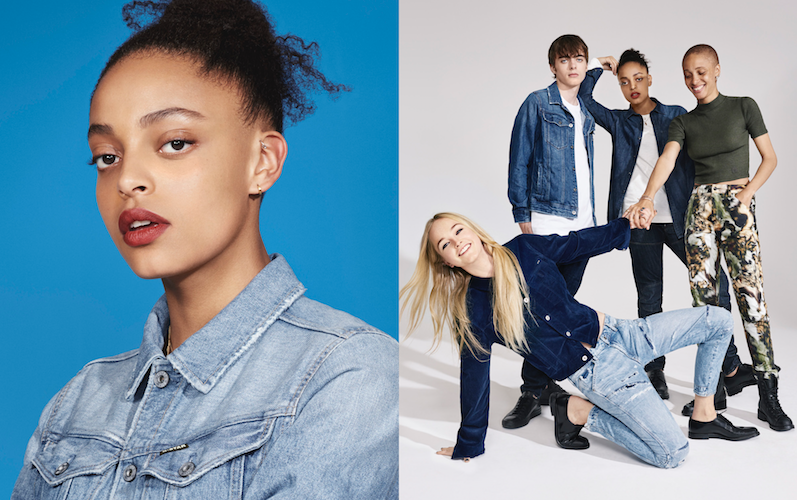 “For this campaign we specifically chose outspoken individuals with their own sense of style. The energy that happened when this talented group of people came together was beautiful, what set them apart actually brought them together,” Pharrell Williams commented of the campaign shoot.