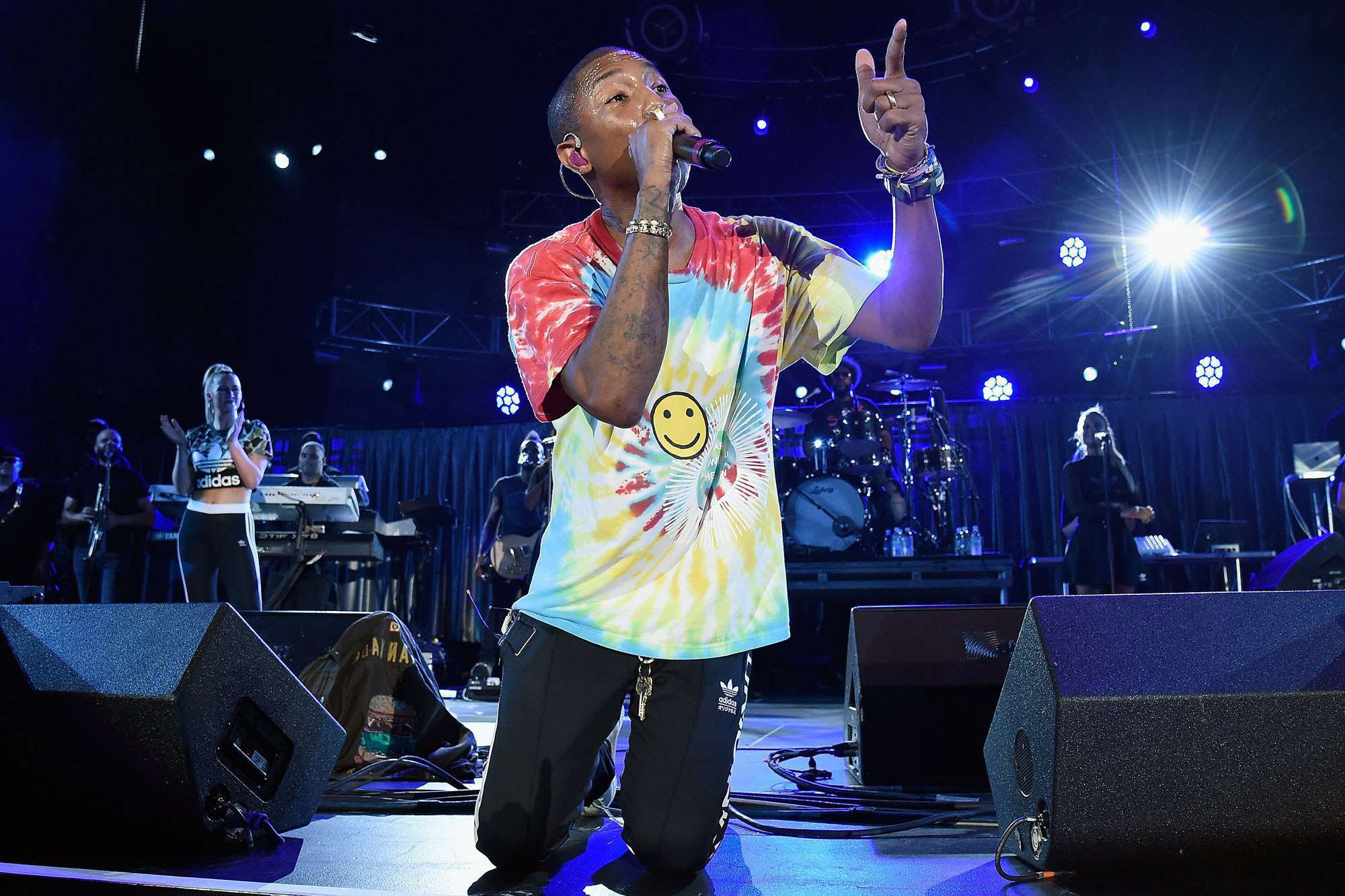 Pharrell joined Stevie Wonder in the protest against racism that has swept the NFL and enraged Donald Trump. Pharrell Williams has become the latest music star to show solidarity with NFL players, by sharing in their “take a knee” protest against racial injustice in the US. Performing in Charlottesville, Virginia, the site of far-right marches in August, the R&B singer and rapper knelt in front of the crowd, saying: “If I want to get on my knees right now for the people of my city, for the people of my state, that’s what this flag is for”, a reference to the stars and stripes, and to freedom of speech. He also called for “freedom of speech, freedom of religion, freedom of belief, freedom to live.”

WATCH: Stevie Wonder takes a knee on the stage “for America” at #GCFest https://t.co/lXIMO8fvcT https://t.co/qE97FFQmMH

The protest has been taken up since August last year by African American sports stars, who kneel and stay silent rather than sing the national anthem during sporting events, to highlight racism against black Americans. Numerous players from the Jacksonville Jaguars and Baltimore Ravens staged the protest during their game at Wembley stadium this weekend. Stevie Wonder also made the protest during a concert this weekend, saying: “Tonight, I’m taking a knee for America, but not just one knee – I’m taking both knees. Both knees in prayer for our planet, our future, our leaders of the world and our globe. Amen.”

Fellow soul singer John Legend wrote in an op-ed for Slate: “Protest is patriotic. Protest has played a critically important role in elevating the voices of the most vulnerable in our nation … They are the definition of patriotism … Every time someone takes a knee or raises a fist, viewers must grapple with the why – with the uncomfortable reality that our country daily marginalizes thousands of people in impoverished communities.”

The wave of “take a knee” protests has infuriated President Trump, who told a rally over the weekend: “Wouldn’t you love to see one of these NFL owners, when somebody disrespects our flag, to say, ‘Get that son of a bitch off the field right now. Out! He’s fired. He’s fired!’” On Twitter, he encouraged Americans to boycott the NFL until players stopped protesting.

Other stars from outside the sport have rallied to support the protestors. TV host Ellen DeGeneres wrote on Twitter: “As a football fan, I am proud of the NFL players today. Nothing is more American than the right to peacefully protest.” Singer John Mayer said that “Trump’s comments re NFL further prove he’s hellbent on poisoning all aspects of American life,” while actor Olivia Wilde kneeled with the cast of Broadway show 1984 following a performance.