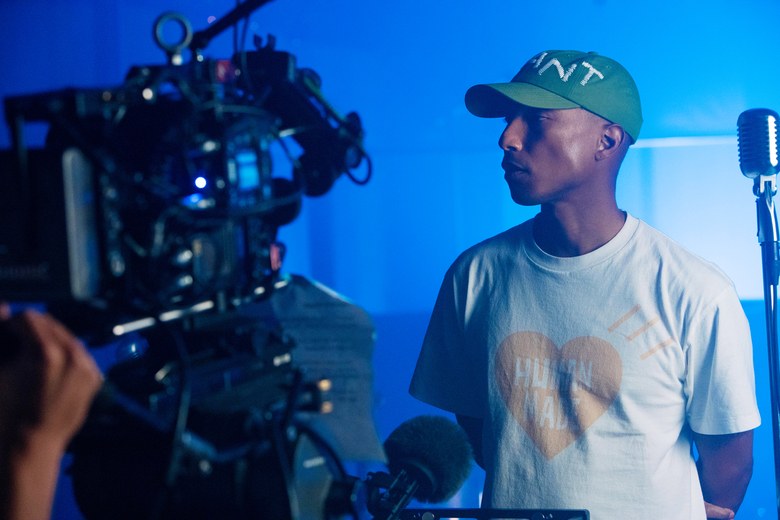 When the New York Times examined the current state of the Paris Agreement over the weekend, China was mentioned as being ahead of its emissions “peak.” This is a good thing, as the country’s once presumed insatiable appetite for fossil fuels has plateaued, slightly. On the other hand, China still burns more coal than anyone else. Less still equals more: It made for food for thought in Shanghai, where one of Vogue’s December cover stars, Pharrell Williams, sat down on Monday to discuss his personal views on climate change attentiveness and what he does (and what we can do) “so that a little amounts to a lot.”

Williams was in Shanghai for a partnership with Louis XIII, the high-end Cognac label, to perform a one-off song called “100 Years” (this is how long it takes to make a bottle of Louis XIII, fittingly—the company needs to think in terms of centennials). The track was recorded on a clay disc—a clay disc that is destroyable only by water. It will be placed off-limits for one century in coastal France. The point being: If sea levels rise, the record dissolves, and no one will hear it again. Check out the whole Interview HERE.