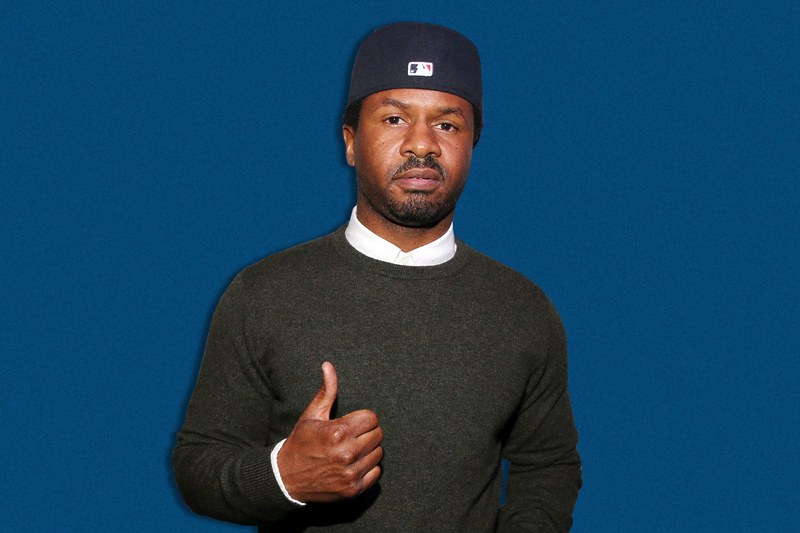 N.E.R.D’s New Album Will Help You Escape the “Narcissistic Chaos” of 2017. Shae Haley speaks with GQ about how this crazy year indirectly inspired No_One Ever Really Dies. N.E.R.D, the funk/rock/experimental/electronic/hip-hop/and-everything-in-between collaboration between Pharrell Williams, Chad Hugo, and Shae Haley, have had an oversized effect on popular music since their first album dropped over 16 years ago.

In a world where genre-blending has become almost passé, N.E.R.D was blending punk with R&B (“Rockstar“), singing pop hooks over funk instrumentals (“Backseat Love“), and rapping over electronic beats (“Everybody Nose (Remix)”) well before it was cool. With their latest album, more than 7 years since their (arguably) disappointing release Nothing, the stakes are high for a band that has defined the sounds of the future. To hear Haley tell it, we have nothing to worry about.

Free of the constraints of a typical label deal, and energized by music’s new playing field, Haley sounds thrilled to have been able to have “complete freedom” while making No_One Ever Really Dies. You can hear it in the music. Frantic, chaotic, exuberant, experimental tracks that truly reflect our fraught times, created not necessarily as an overt political statement, but more of a collection of tracks in which to lose yourself, forget the world, and dive deeper into your own subconscious.

Haley has taken on plenty of roles within N.E.R.D (on No_One Ever Really Dies, he plays the “three-dimensional curator“) and firmly believes that the band is the “nucleus” of the musical creativity that radiates from all three members. We spoke with Haley about how the group’s new album came together, what to do with the blessing of two Kendrick Lamar verses on one project, approaching politics from the realm of sound, and how Pharrell’s belief in achieving the impossible took longer than you’d think to rub off on him.

GQ: You guys have talked about how your 2010 record, Nothing, came about at a tumultuous time for you all emotionally and creatively. How have your mindsets changed with approaching your new album?
Shae Haley: During the time that we were recording Nothing, there was the whole financial collapse. The majority of the music industry was moving in one genre, one sector. Then the digital wave was coming in, and we also had some internal issues. All of those variables really stifled the creative process. This time, we weren’t signed to a label so we had complete freedom. We’ve been making experimental music since day one. We were the genesis of that. I felt like this particular time, with having that freedom, it relieved a lot of stress off of our shoulders.

With this project we felt like we had the freedom to do whatever we wanted. When we first discussed diving into this project, it started with mild discussions about the social and musical climate. Then it evolved into us creating a few songs, which weren’t the greatest. They didn’t inspire and invigorate us in the way we wanted, so we scrapped them and went back to the drawing board. We continued to take on this vigorous approach so we could tap into a timeless sound.

The word that has kept coming to my mind while listening to the new music is frantic. It’s high-energy music with tons of vibrating instrumentation. Are you guys trying to reflect the chaos of our times?
Well yeah, although we’re not necessarily a “political band.” We’re essentially trying to give a clever point of view over barbaric, disruptive, modern day sonics. We want to inspire and invigorate and have people dig into the crevices of their minds to uncover their full potential. We want to galvanize and to inflict a positive, optimistic perspective on our current scenarios.

You’ve been framing your new videos as tutorials, giving viewers the tools to more deeply engage with the music. It’s open and available. Is that framing rooted in this mindset?
Yes that is intentional. We want people to have a good time while listening, we want people to dance, to escape the insanity, the divisiveness, the narcissistic chaos. But we don’t want to be to preachy. We essentially just want to have fun.

So how do you all work together as a band?
It varies. There’s no concrete format to how our creative process goes. It’s just a trifecta. Chad is the sonic scientist, exploring frontiers, trying to discover new sounds. Pharrell is the animator. He brings a lot of color and attitude to the tracks. I’m the three-dimensional curator.

Are there any weird things about Chad and Pharrell that you would only know from working with them for so long?
Those guys are complete fucking weirdos man. I cannot even mention. They are rare human beings for sure. 1 of 1’s, all the way.

Do you guys have a group chat to keep in contact?
Nah we don’t. We all converse. We have have good, tight relationships, but we all live three separate lives. But we’ve known each other for 20 plus odd years. We’re in different phases of our lives now. We all have families. We’re all pursuing different sectors of entrepreneurship. Yet the root of who we all are is N.E.R.D. We always gravitate back to the nucleus. We have to channel that energy and get it out to the world.

Had you guys always thought it would be like this? 20 years down the line, everyone in such powerful, major positions?
I never imagined it. It wasn’t until Pharrell started to tap into all these realms that I believed anything was possible. He was a huge believer in that. Massive. Like, “This current regime isn’t working. I gotta figure this out. I have so many ideas I need to get the fuck out of my head.” You would think that after In Search Of I would’ve had that mindset, three kids from Virginia accomplishing the impossible. But no, there was a delayed effect on my brain.

This new record repeatedly talks about empowering people and encouraging people to be more fearless in their lives. Even the Mike Tyson monologue in the “1000” video was such an unexpected but poignant snippet.
With this project, it’s not just the three of us. There’s a whole collective [involved], which we’ve never had before. I strongly believe that it’s been a huge blessing for this project. The power is in the numbers. The more creative, super-intelligent people you have in the room, the better the idea. We did it our way the four previous albums, so we knew we wanted to take a different approach. So yeah, we can’t solely take any credit. It’s a whole team. It’s an army of people.

Speaking of having more creative people in the room, how did Kendrick get involved?
Man, Kendrick murders both of the tracks. Kendrick has been a fan of N.E.R.D for a while now. He and P were in the studio, and P played some of the songs for him, and he gravitated to the two that he’s on. Originally we thought he was only going to be on one, but he ended up sending both back. They were both fucking fire, and there was no way we could’ve taken him off either. It was necessary to keep him on.