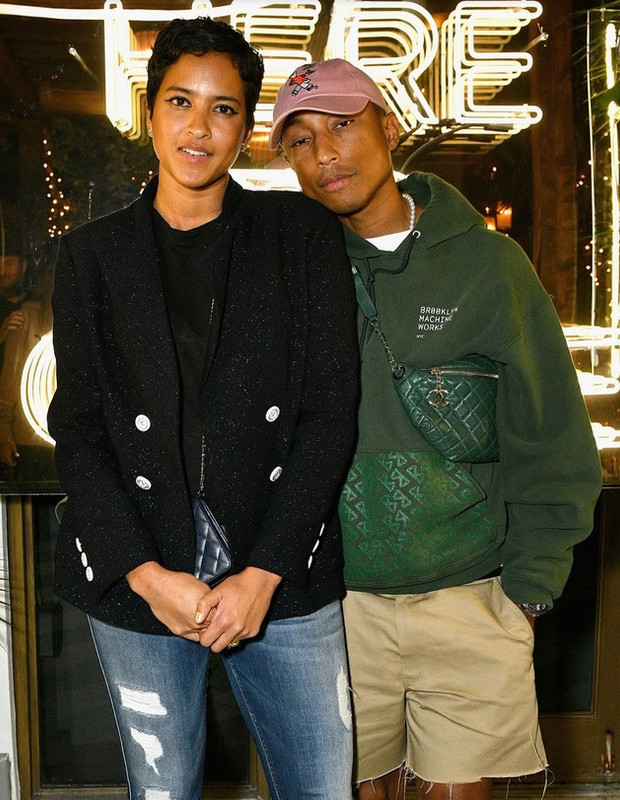 Just ahead of taking the stage for his American Express Platinum House Concert at the 1 Hotel during Art Basel in Miami on Saturday, Pharrell Williams sat down with PEOPLE and opened up about the love of his life, wife of five years Helen Lasichanh. “I love her because of everything that she is, good, bad and indifferent,” Williams, 45, says of the model and designer. “We share a space in love that is, I don’t possess her. You know when I was young I used to say things like, ‘Oh, she’s mine.’” “But she’s not mine,” says Williams, before adding, “but she sure makes me feel like it.” “I’m exhausted,” he said just ahead of the performance, “just tired from this whole year.”

Williams says his time in South Africa — where he took the stage at Global Citizen Festival alongside Beyoncé and JAY-Z for their song “Nice” — was the most inspiring. “It was beautiful. I was there with all of my gorgeous people and DNA. It was beautiful to see all of that,” he says. “There’s a lot of familiar energy that you feel. Language might be different, customs might be different, but you feel the energy when you’re around your people. It’s just a natural thing.” “I didn’t say one word on the verse,” he says with a laugh. “But it was a blast — we had a great time.”

And though he’s admittedly tired, Williams says that has nothing to do with his and Lasichanh’s four children. “I miss them,” he says of their kids. “That’s the other thing that will tire you out. Longing takes a lot of energy out of you.” Of the triplets, he says “they are running, doing everything you do at that age.” As for the dreaded Terrible Twos: “We haven’t gotten there yet.” Come what may, Williams says he’s just happy for the amazing partner he has in Lasichanh. “I just try my best to live up to that and be that same way.”