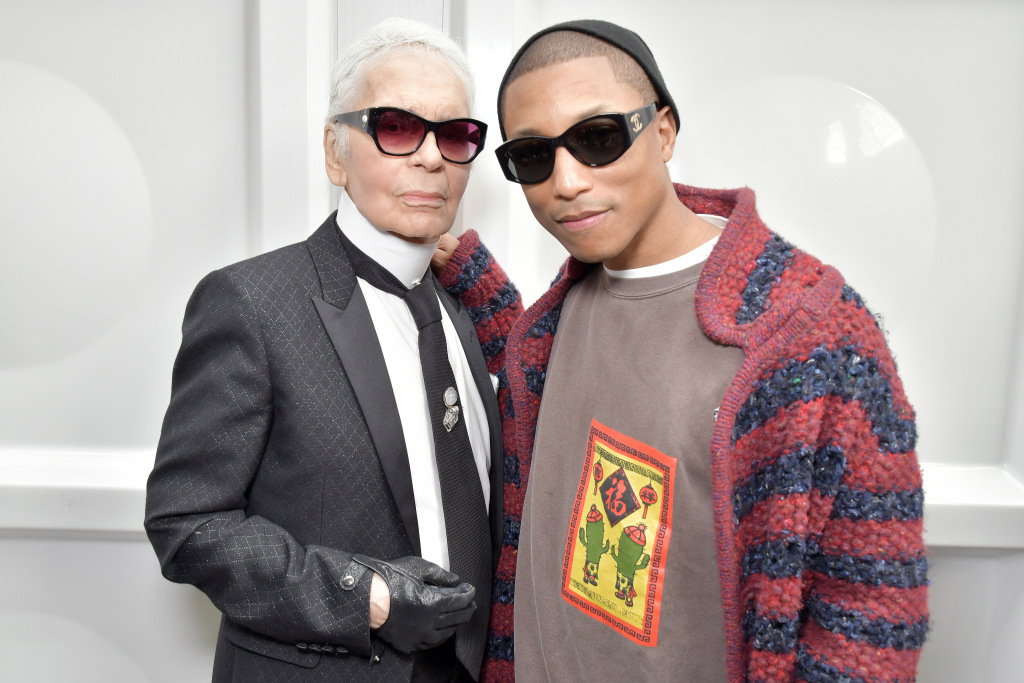 Pharrell Williams spoke to WWD about designing the Chanel Pharrell collection, which launches in Seoul this week. As he prepares to launch his capsule line with Chanel in Seoul on Thursday, Pharrell Williams spoke exclusively with WWD about his friendship with Karl Lagerfeld, and how scrawling the word Chanel on his shoes turned into a groundbreaking collaboration with the French luxury brand.

WWD: You dropped an exclusive sneaker collaboration with Chanel in 2017, which generated a waiting list of 120,000 people for 500 pairs. When did you first discuss the possibility of expanding this into a full capsule line?
Pharrell Williams: The sneaker was the perfect storm since Chanel was taking over Colette. It was a suggestion that Karl, Bruno, Virginie and Eric embraced. The success of that one sneaker probably opened the door for the team to reach back out to me and offer me this amazing opportunity to create this capsule collection. 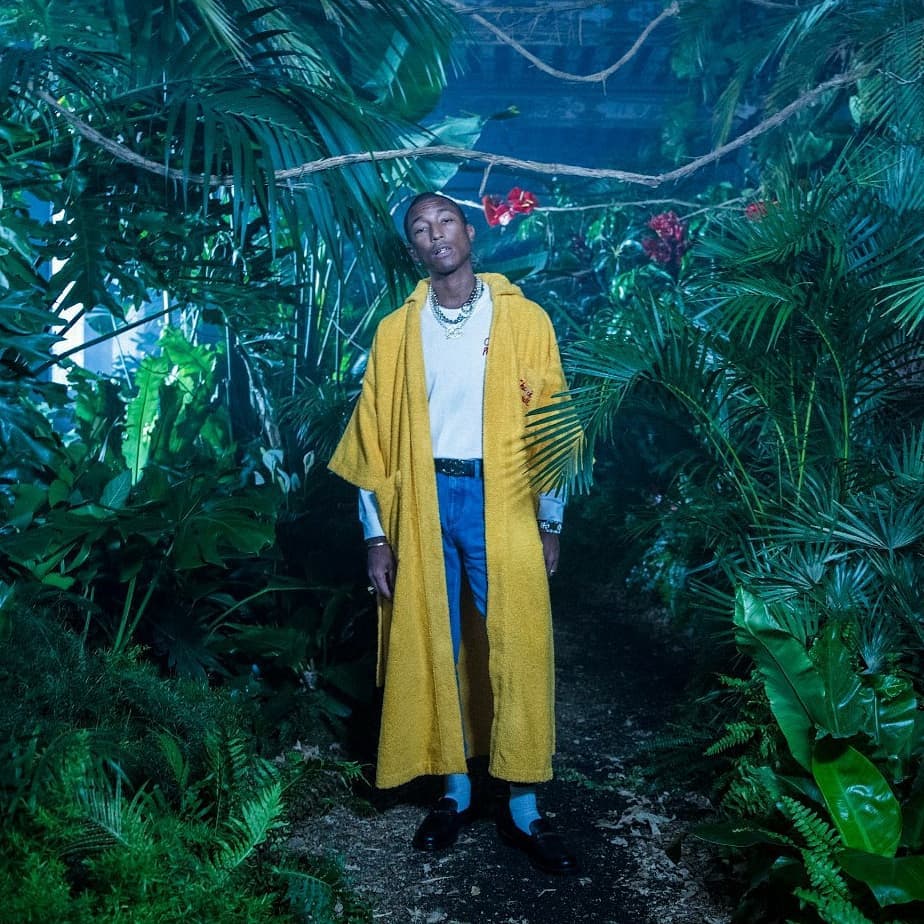 WWD: What can you tell me about the process of designing this collection with Karl Lagerfeld, Virginie Viard and the Chanel teams?
P.W.: The process was very simple because it was an open book. I created a mood board with my creative director, Cactus, which we presented to Karl and Virginie. From there they allowed me to go to every department and choose items and materials we wanted to use. A month or so later, Chanel already had samples for us to look at. I was sort of shocked at how quickly all of this happened.

WWD: What did you want to bring to the brand that was new, fresh and quintessentially Pharrell?
P.W.: The main thing is that this capsule is sort of unisex, so already that’s a new approach. I’ve been wearing Chanel’s women’s clothes for years now, but being able to make this capsule unisex gives more people access. Add a little color, and there you have it. WWD: What elements of the Chanel brand icons did you integrate into your designs?
P.W.: Karl is the one who said “Chanel Pharrell” and started sketching ideas on paper. In a few minutes, he already had a few options, which some are on the product today. I’m a big accessories guy, so I got to tap into my favorite ones from belts to bags and sunglasses. I remember when they gave me the vintage round glasses with Chanel written on them. That’s such an iconic model, so being able to have that in our line in colors I always wanted is amazing.

WWD: The short film that accompanies the collection features an inclusive cast and elements of Japanese culture with references to “Akira” — what was the concept behind it?
P.W.: Japan is my second home. “Akira” is a legendary anime film and for years I’ve been obsessed with these custom scooters I would see on the streets of Tokyo. When I brought the idea to bringing them to Paris, I thought Eric was going to tell me that I was crazy, but to my surprise he liked the idea and wanted me to have creative freedom and be part of something I would be proud of and have my stamp on. 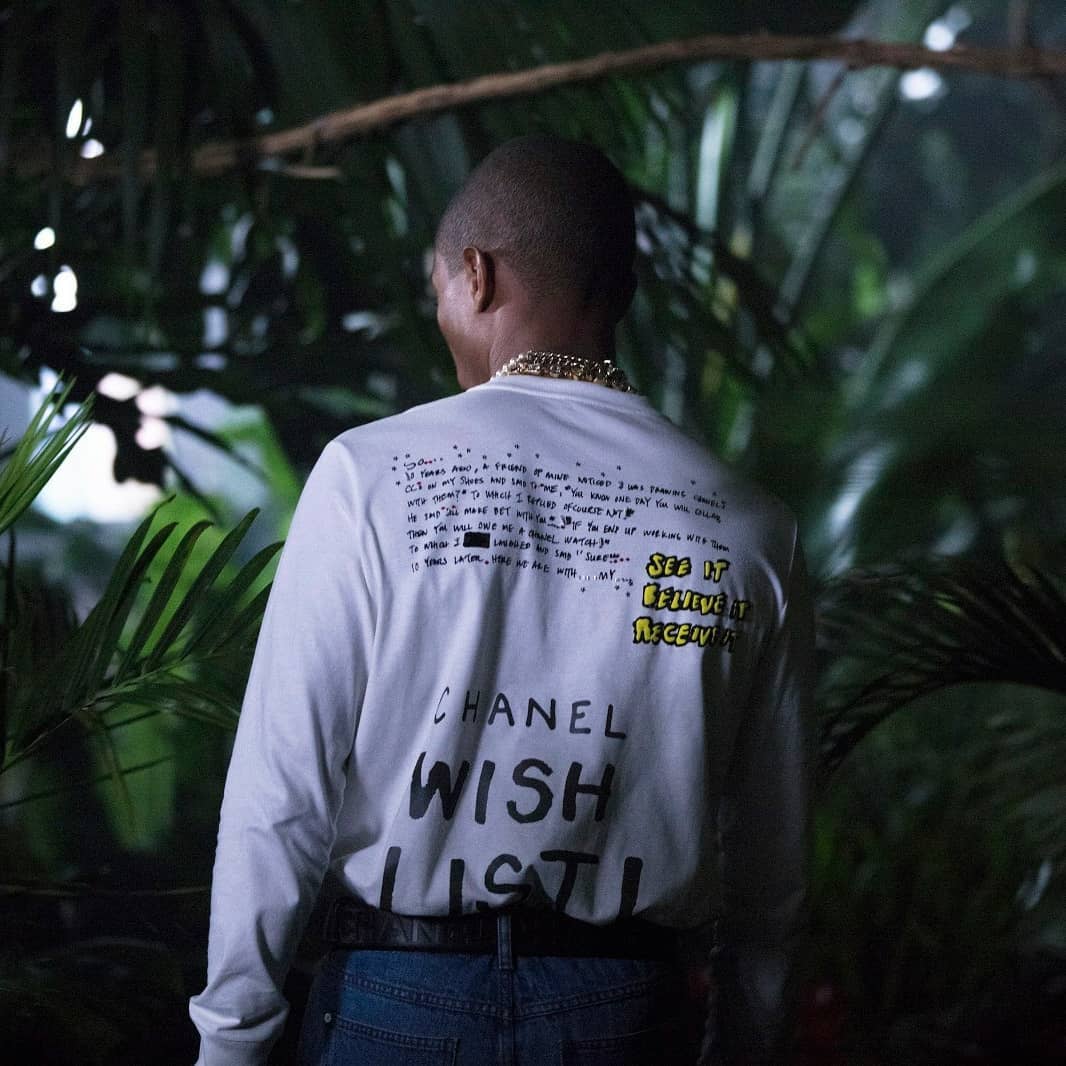 WWD: You have starred in Chanel campaigns, walked in Chanel shows and even written a special song for the brand. How did you approach this new phase of creating a fashion film with the brand? Was it very different from doing a music video?
P.W.: The process was easy. My creative team had access to everything we needed and from there just worked on it as a team. It felt very similar to a music video.

WWD: What can you tell us about the soundtrack of the short film?
P.W.: Todd Tourso and Phi Hollinger found the music. I felt it needed something different to set the right mood and they delivered. 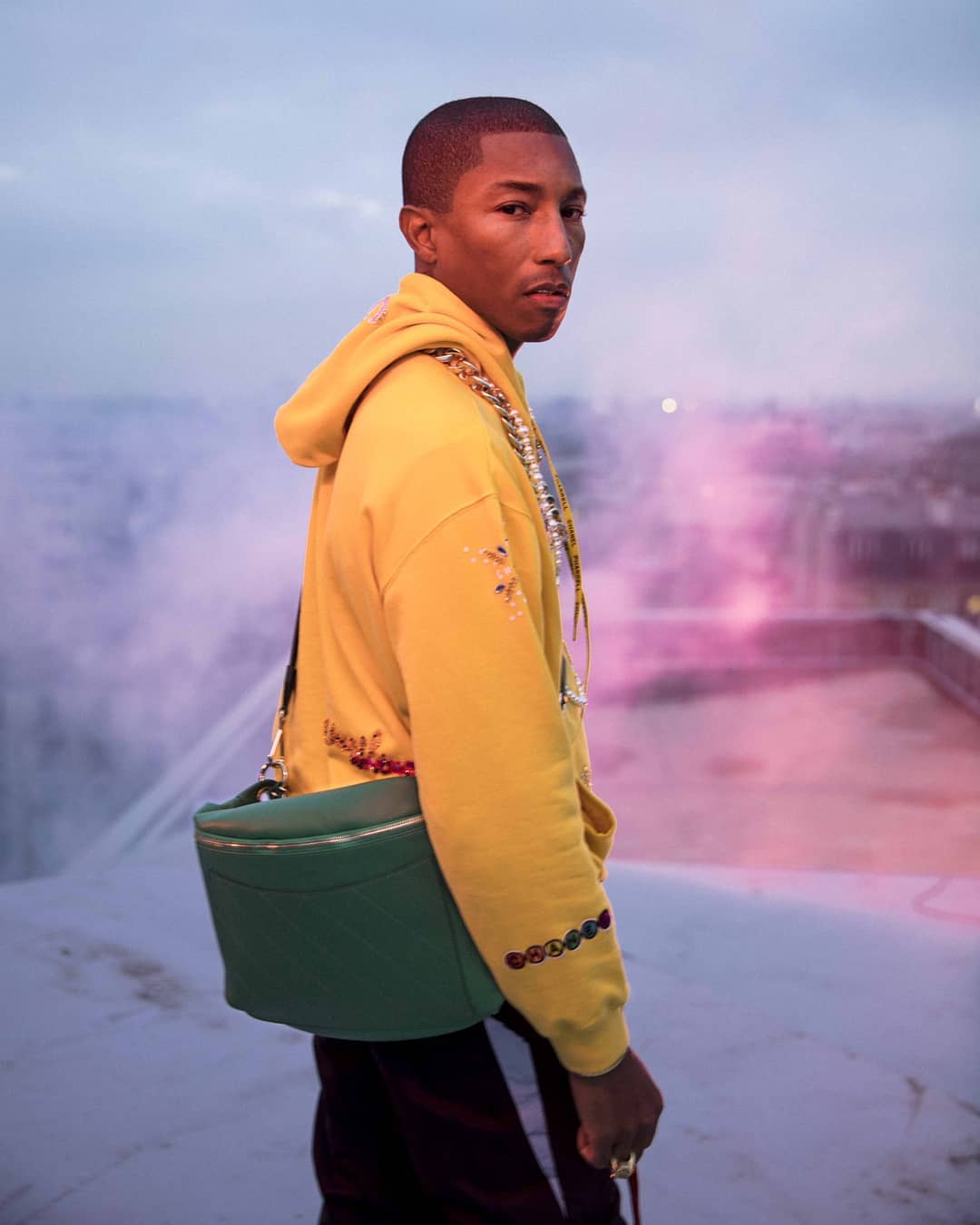 WWD: What did you learn from designing this first Chanel collection?
P.W.: That’s a good question. I’ve worked on a lot of fashion projects over the years and the process is usually similar. What I was really impressed by at Chanel is how the studio works. The teams in all the departments are much smaller than I thought but are so good at what they do and obviously super efficient. I’ve never seen something come together that quick with that much attention to details.

WWD: Will there be further chapters to the collaboration?
P.W.: I never thought we’d even be here now talking about this, so who knows, but either way I’m more than honored that Karl believed in me and gave me this opportunity. Obviously, I wish he was still with us to see it come to life.

WWD: Can you tell us a little bit about your relationship, what he taught you, and what you treasure most about your friendship with him?
P.W.: I ran into Karl for years at events or at the Mercer hotel. He was always nice and would notice that I wrote Chanel on my boots and shoes. When we got the news that Chanel wanted me to be an ambassador for the brand, it allowed for us to spend more time together. He was so sharp and the talent speaks for itself. I was always in awe of his sketching style. When Chanel asked me to be in the first film we did a few years ago, I met him at the studio and he sketched outfits he wanted me to wear. What I ended up wearing was basically the sketch. He was always very honest and welcomed me and my team with open arms to the Chanel family. He was also a workaholic, one thing I will never forget is on a tour of one of his houses he showed us around and when he pointed out his bedroom, he said that was his least favorite part of his home because he hated spending time there because he felt it was a waste of time and he had work to do.

…and of course, Karl named the collection#CHANELPHARRELL @CHANEL #ad pic.twitter.com/6GPSM0AtxZ

Hard to believe this all started with writing it on my shoes in 2010. #CHANELPHARRELL @CHANELofficiaI #ad pic.twitter.com/d83KHgPrWW