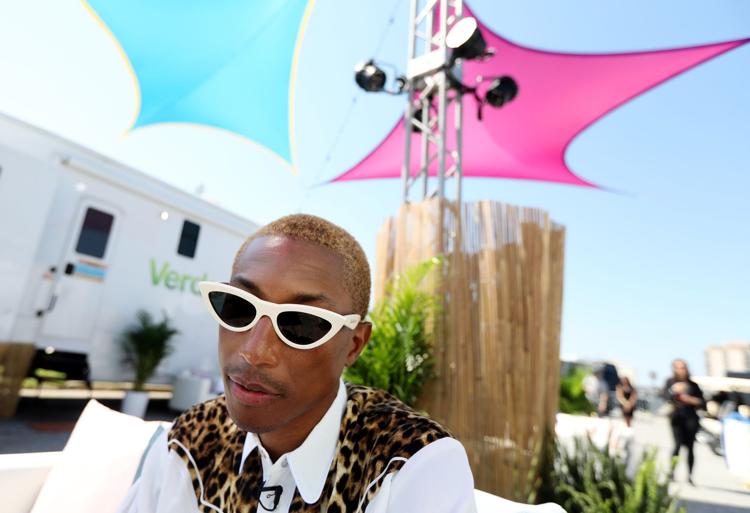 Pharrell Williams is again looking to put a musical spotlight on Hampton Roads. The Grammy-winning composer-producer-singer from Virginia Beach, fresh off the success of his hometown Something In The Water Festival, is holding digital auditions for a “revolutionary choir” that will be part of “a television documentary event that is sure to uplift spirits around the world.”

Those phrases come from the press release announcing the auditions, and Williams’ camp is not tipping his hand much more than that about the nature of the project. A spokeswoman said a deal is in place for production and dissemination of the project, but specific details were not being made public. The press release states that he is looking for “vocal powerhouses and musicians” from Hampton Roads, from around Virginia, and from neighboring states, and with backgrounds in any genre of popular music.

The audition process takes the form of a five-minute video that should be emailed to gospelshowauditions@gmail.com. In that five minutes, the person is expected to sing a cappella (with no musical accompaniment) one verse of either “Amazing Grace,” “Jesus Loves Me,” “Great Is Thy Faithfulness” or “The Old Rugged Cross,” as well as one chorus of “a song of your choosing.”

The video must also include a brief introduction (name, hometown, occupation); basic biographical information; singing background; an indication of a person who is “your biggest musical influence, and why”; an explanation of what singing means to you; and an idea of “why you want to share your voice with the world?” The deadline to submit video auditions is June 17.