One half of Rizzle Kicks, Jimi Charles Moody sat down with PressPLAY to talk about their upcoming projects and the new album. He revealed that they had a Pharrell session where they did 4 Tracks and that they have a new album coming out at the end of the year and the songs might be on there. Check out the Interview below at 3:45 and stay tuned for more information. 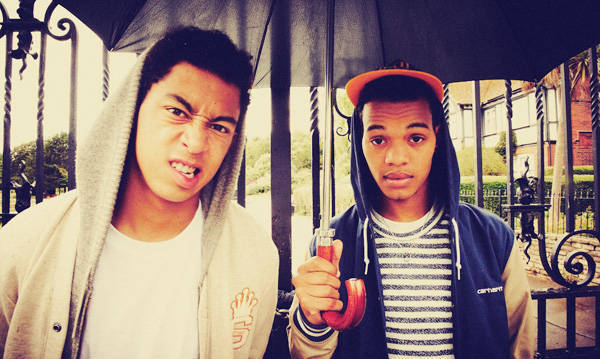 Rizzle Kicks have a whole host of showbiz pals and the boys have spoken out to EntertainmentWise about working with the legend that is Pharrell Williams recently, but when it comes down to the music mogul’s collaboration with Robin Thicke, the duo say that they would never do anything “so misogynistic.” Robin and Pharrell are surrounded by scantily clad females in the Blurred Lines video and despite joking that Thicke “took the song from them”, Rizzle Kicks‘ Jordan Stephens has said that he would “never make anything so misogynistic” when it comes down to musical collaborations.

Speaking about working with Pharrell, the 21-year-old then added: “We made four tunes [with Pharrell] that were good, one in particular was good but it didn’t fit the vibe of the album.” He then continued: “We really wanna release it, we just hope Pharrell still likes us next year!” And with Pharrell having so much experience in the showbiz industry, did he give the Rizzle Kicks boys any words of wisdom? Harley Alexander-Sule tells us: “There was one time when he really pushed me to write something really cool, how I was really feeling and it worked.” Check out the Video Interview HERE. 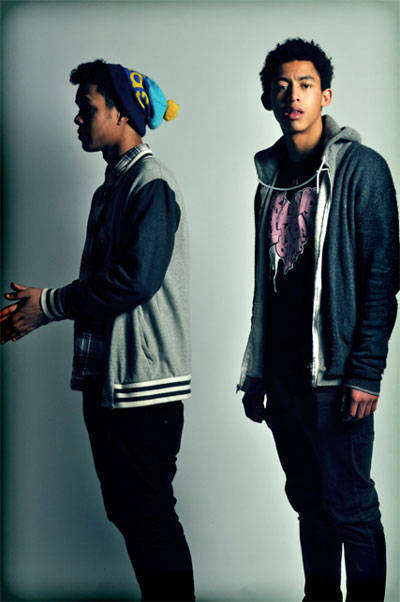 Rizzle Kicks will have a new dance move for their second album. The ‘Down with the Trumpets’ pop-duo – Jordan Stephens and Harley Alexander-Sule – invented The Hump for the track to ‘Mamma Do The Hump‘ on their debut, and are planning another ready for their second effort. Jordan said: ”There is a move, but the single is not coming out until next summer.” The singers, both 21, are working hard on the new record, but are disappointed to have to drop a ”monster” song recorded with Pharrell Williams, because it didn’t ”flow” with other songs.

Harley added: ”Pharrell is the most inspirational person I’ve ever met.” The boys have previously said they hope to work with Ed Sheeran – who is currently touring across the US – on the new album. Jordan explained: ”We see Ed all the time and he genuinely is a good friend. He’s powering through his next album already, we’re going through it. If there’s a situation in which we create something, that’d be brilliant.” 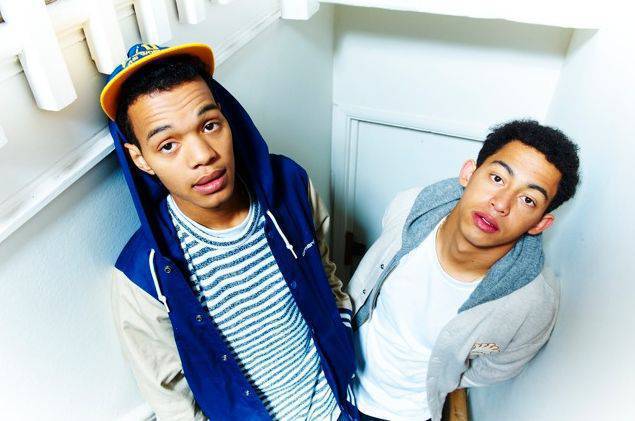 The ‘Dreamers’ duo say the songs they have recorded with Pharrell sound like “old school Neptunes”. Rizzle Kicks have revealed they have been working alongside US superstar Pharrell Williams on their upcoming second studio album . The ‘Mama Do The Hump‘ duo flew back from Miami to London this week to attend the Q Awards 2012 in the UK capital, where they revealed that N*E*R*D frontman Pharrell had been helping them record new music for the follow-up to their 2011 debut ‘StereoTypical ‘. “He’s the most inspirational person I’ve ever met,” Rizzle Kicks’ Harley Alexander-Sule revealed to The Sun this week. “We made four songs and they are brilliant,” he explained.

“Hopefully a couple will make it on to the album. “There is one song that sounds like really old school Neptunes from back in the day, ‘Harley teased. Rizzle Kicks‘ first album spawned a string of successful singles including ‘Down With The Trumpets‘, ‘Mama Do The Hump‘ and ‘Traveller’s Chant‘. The album is due 2013. Rizzle Kicks are an English hip hop duo from Brighton, consisting of Jordan “Rizzle” Stephens (20) and Harley “Sylvester” Alexander-Sule (21). Their debut album Stereo Typical was released on 31 October 2011. As of May 2012, Rizzle Kicks have sold 1 million singles and 300,000 albums in the UK.