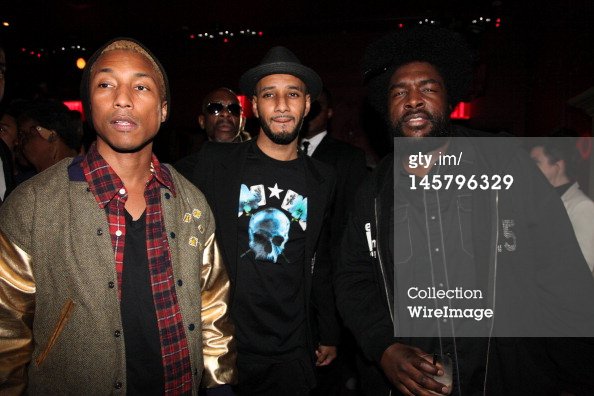 The annual Roots Picnic turns 10 this spring, and organizers are bringing Pharrell, Solange, and Lil’ Wayne to Festival Pier on June 3 to celebrate. Tickets went on sale at noon Monday at rootspicnic.com. For a decade, the annual picnic has driven local and national crowds to Philly to hear the best and brightest, old- and new-school hip-hop artists, some of whom (Snoop Dogg, Public Enemy, Usher in the past) get the rare opportunity to team with one of America’s finest, most dynamic live bands: The Roots.

“This definitely speaks to the staying power of The Roots and the uniqueness of the picnic as a good festival,” says Roots cofounder Tariq “Black Thought” Trotter. “Not many music festivals last, have a 10-year run, or hold such validity and stay consistently good and getting better.” Pharrell Williams (Hidden Figures) will join The Roots, along with additional headliners such as nu-soul songstress Solange (Beyoncé’s sister), producer/bassist Thundercat, old-school rap legend Pete Rock, and British acid jazz DJ Gilles Petersen. 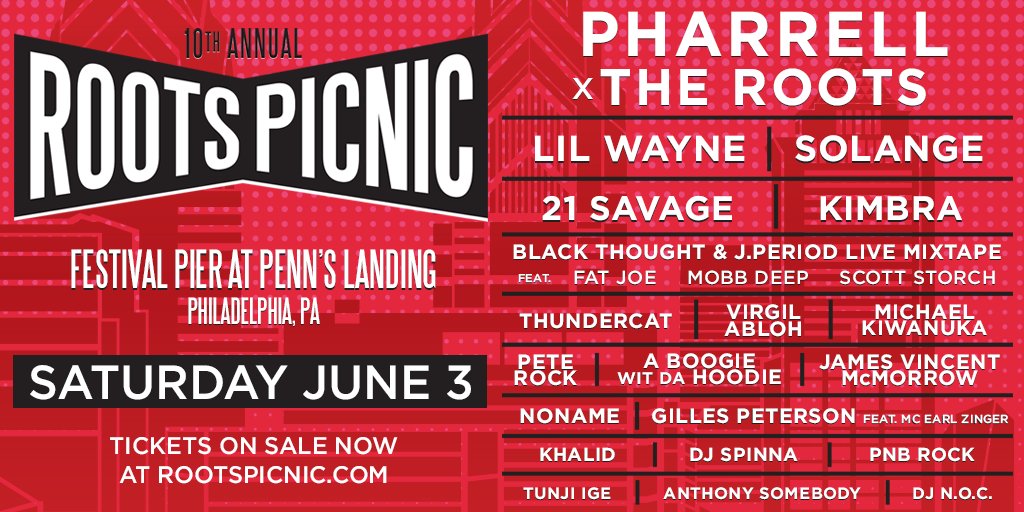 Two of the Roots Picnic events involve Black Thought alone. First, there is his annual, morning-of-the-concert Black Thought/Roots Rock 5K charity run for his GrassROOTS Community Foundation. Then there is the Black Thought & J Period Live Mixtape showcase – an improvisational DJ/MC set developed in 2016 during The Roots’ first New York City picnic. “It was a big hit in New York,” says Trotter, “and now every time we do a picnic, just like my 5K, this live mixtape will be part of the proceedings.”

Questlove’s Celebrity Stories With The Neptunes Questlove’s Babyface Story
In response to a ‘Babyface’ story, Questlove revealed that Babyface’s There She Goes has already been made back in 1998 but its been released three years later in 2001 on Babyface’s Face2Face album. “he did play me a demo of “there she goes” that he did with the tunes.”

Babyface – There She Goes feat. Pharrell

Questlove’s Chad Hugo Story
“the roots come to va to get two joints from the tunes. we actually work on the beat that is Beyonce’s “Green Light”. chad is next door working on what will soon be “Ride Around Shinnin’‘” with the Clipse. i tell (Phar)rell “i want a jawn with some crazy jeru noise shit like THAT shit” (the song has an open piano swirl)— so chad hears the shit we working on and then he gets an idea… grabs his horn….and he does the same 4 horn squeals that tribe did on the “can i kick it remix”…. perfectly! he invited me to the room while riq wrote to the beat–played me new N*E*R*D and Clipse and Kenna shit. i wound up drumming on 3 joints. he was amazed i did them shits for free.”

END_OF_DOCUMENT_TOKEN_TO_BE_REPLACED

Questlove tweeted this video, live from 30 Rock studios, of The Clipse rehearsing their song “Grindin’” with The Roots.