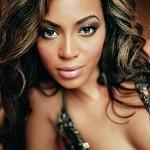 On top of the hint that was placed by her group mate Kelly Rowland about next year’s possible reunion of Destiny’s Child, Beyoncé has been working on her upcoming third solo effort. She is reportedly working with rapper Kanye West in the album, which is allegedly scheduled to drop with title “Virtuoso Intellect“. Beyoncé has also reportedly included producers Rodney Jerkins, The Neptunes, and The-Dream in a list of her possible collaborators for the album.

Furthermore, her upcoming album is believed to include her song entitled “Beautiful Nightmare” as one of the U.S. Bonus Tracks. The single is supposedly scheduled for release on iTunes on September 12 but has been leaked months before. Beyoncé’s next album is reportedly scheduled for an international full release on November 11 while the domestic edition is set to drop a week later on November 18. Elsewhere, Beyoncé has another project of recording an anthem called “Just Stand Up“. She is going to team up with a dozen of the world’s most accomplished female recording artists, such as Rihanna and Mariah Carey to support a cancer campaign. The single will be available for digital download on September 2.
*bluri.com