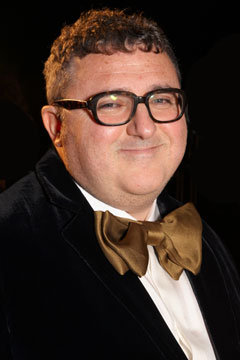 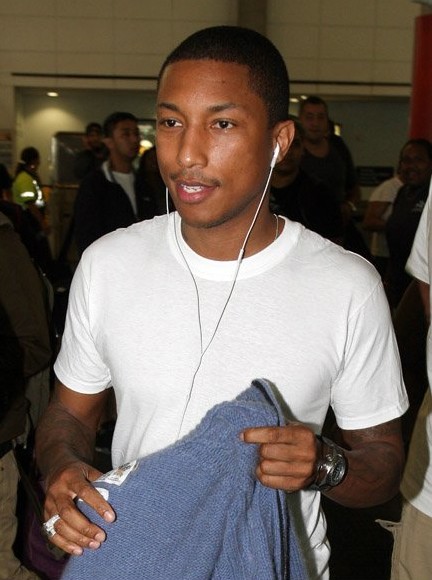 When Pharrell Williams was backstage at the Lanvin menswear show this weekend, he told designer Alber Elbaz that he wanted to design luggage for the label or star in one of its campaigns. Pharrell Williams is such a big fan of Lanvin, he wants to work for the brand. Backstage after Sunday’s menswear show, he approached artistic director Alber Elbaz to offer his services. “It would be an honor,” he told the designer.

Jeanne Lanvin founded her label in 1889, starting out as a milliner and later dressing Paris’s upper class. The company built a name with ultrafeminine clothing, marked by elaborate trimmings like embroidery and beading, as well as its popular fragrances. After a period of decline at the end of the twentieth century, Lanvin found new financial and critical success with the 2001 arrival of designer Alber Elbaz, who is frequently lauded for his technical skill and innate sense of what women want to wear. Today, it’s the oldest French fashion house in operation. And while it encompasses menswear, it is best loved among editors and celebs for exquisitely made womenswear. Duchesse satin, cocktail-length frocks (often with one shoulder), dressed-up cigarette pants, and volume experimentation are signatures.