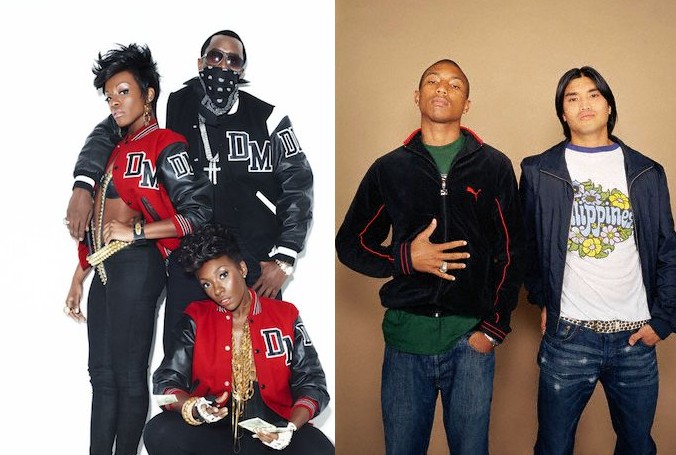 Group member Dawn Richard let it slip on Thursday that the album should be out some time this summer and that they worked with Pharrell for the debut. “We’re saying sometime in June,” she told S2S exclusively. Diddy has been telling music lovers for months that Train is coming, but he hadn’t hammered down a tentative drop date as the group continued to push the album back. With this news fans at least have an idea when Last Train To Paris will be pulling into the station. While some may speculate that the album delay has been nothing more than a marketing ploy, Dawn said that’s not so.

She explained that the reason no release date had been announced before this was because they’re taking their time put together a spectacular album. In fact, Dirty Money Crew is so dedicated to that mission that they even skipped the Grammy’s to lay down more tracks in the studio. “We just want to make sure that when we put it out that we’re blowing people out of the water. It’s imperative that we tell the story right,” Dawn said. “As of right now we’re saying June, but we’re not putting any dates on it because we want it to be special. We don’t care about dates, we care about making a great product. But we’re super excited because we are at the tail end.”

All the extra hours they’ve been putting has garnered at least 100 songs that could go on the album. And with producers like Will.I.Am, Rodney Jerkins, Pharrell and Guy Gerber working their magic, Dirty Money has a lot of material to choose a track listing from. Dawn dished that at last count they had actually narrowed down the field of songs for Last Train To Paris down to about 30 tracks. Fans seemed to receive “Angels” and “Love Come Down” pretty well, so we asked Dawn if she could dish about the group’s next single. Unfortunately, all she could tell us is that Ditry Money Crew hasn’t picked one out just yet. “We have five to six possibilities. That’s how many #1 singles we have,”