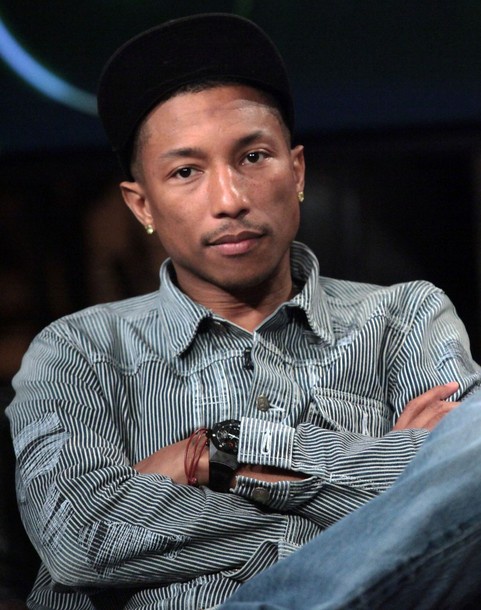 The hitmaker dishes on upcoming collabos with the Game, Rick Ross and others, in Mixtape Daily. The great Skateboard P has a message for you: The N.E.R.D. tour is coming soon to a venue near you. “Just be prepared when you come to the show,”

Pharrell Williams told MTV News earlier this week, sitting next to his N.E.R.D. brethren, Chad Hugo and Shay. “You’ll need more than just a water bottle for our show, at least in the festivals overseas. You’ll need more than a water bottle. You’ll need a towel. … Get your stretches in. The EMTs are always on the side, because people pull muscles.” Pharrell said his group’s shows are so fresh, fans will be speechless: “When they ask you what it was like and can you describe it and could you put it in a word, you’ll say nothing.”

The guys were able to come up with some words to describe their upcoming album, Nothing. “It’s the ultimate spring, summertime record,” Shay said. “It’s the festival record. It’s a fun record and it’s geared towards the women. What woman doesn’t want to put on their sundress and stroll through SoHo and have that as their theme music?” Pharrell and Chad have been lacing their peers with some theme music lately. The Neptunes have been back in the lab with Jay-Z, and the duo also worked on Drake’s Thank Me Later and Game’s The R.E.D. Album. Pharrell also recently did 12 tracks with Asher Roth and has studio sessions with J. Cole. “I just wanna do things I really like and really love,” Pharrell said. “I want to do it because I really love it.”

The Clipse: “I’m not sure what their plans are. Whatever they wanna do, we’re always 100 percent onboard to help. They wanted to make a super street record for the last album, that’s what we did. You know what it is about Pusha? He can make radio records if he wants. But what you have to love about the guy because he’s such an artist, he wants to make ‘Popular Demand‘ all day long. He wants to make that all day long. Listen, all Pusha wants to do is drive in a CL 600 drop, make ‘Popular Demand‘ all day and count money. He may be mad at me for saying that, but it’s really all I think about when I think about him. There’s so many other aspects to his life, but the guy, that’s what he likes. That’s why in my opinion he has some of the most venomous 16’s. His 16’s are crazy, because of his affinity for spending money, fast cars and rap.”

On Drake: “We have [worked with him]. It was a great record.”

On Game: “It was crazy, because you walk in the studio and it’s 15 to 20 7-foot dudes. All of his friends are giants. I’m in there like Webster. Like Emmanuel Lewis, looking up at everybody like, ‘Yeah, OK, cool.’ It was kinda otherworldly. Except me and my engineer, we’re the only two regular humans. These guys are like giants. But the most creative sessions ever.”

On Rick Ross: “Puff just said something to me last night [about Ross’ album]. You can only imagine where that’s going. Great places.”

On Fat Joe: “Fat Joe? Any time. Joey Crack has been in the game for a long time, since ‘Flow Joe.’ He’s had a run. You cannot count him out. Every time you’re prepared to, he’ll go and find one. He knows how to make a record.”

On Jay-Z: “The guy is 40 and had a #1 record, and he sold more records than anybody in hip-hop at the time his album came out. And it’s still selling. The one thing we’re allowed to say [about our new collaboration] is he and I said that we’re sworn to secrecy.”