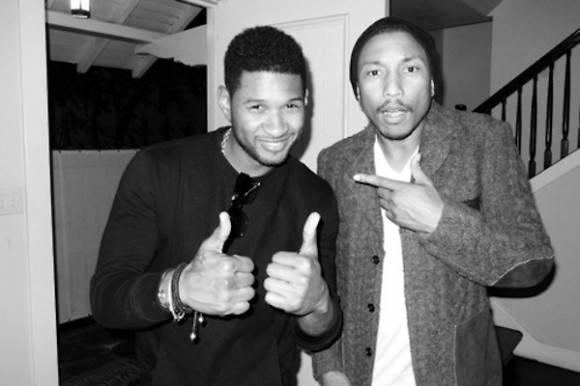 Brad Wete from Complex had the chance to go to a Listening Session by Usher where Usher played his seventh studio album titled ‘Looking For Myself’ and Brad revealed that there will be a new Neptunes Track on it called ‘Hot Thing’, yeh I know, the newest Maxine Ashley tune is called exact the same and since she revealed that her’s ‘Hot Thing’ was never meant to release, could possibly mean that Maxine’s version was only a Demo for Usher, but what do I know though… I just hope we’ll get a new tune of it, ‘Looking For Myself’ is due June 12th, thanks to EclecticE.

“When the party was over, Usher disappeared and the ceiling was lit, revealing a big body of water filled with people drowning as a ballad played. Next came a joyous mid-tempo cut about taking advantage of every moment in life (possibly called “Jump In”), followed by a Pharrell Williams–sounding groove called “Hot Thing” and another cut with a squishy bass line called “I Care for You.”