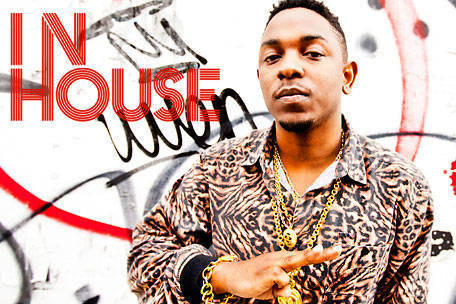 Kendrick Lamar has been interviewed by Theboombox.com where he revealed that Pharrell “has the sound that Lamar envisioned” for Kendricks debut album. “Definitely Q-Tip. And Pharrell [Williams]. Them two, as far as major producers that I’ve worked with. Q-Tip because he got that sound of the early ’90s that I love. I’m just a fan of his work, period. The Renaissance album is probably one of my favorite albums. His whole abstract sound is kinda the vibe of where I was going as far as my production.

Pharrell, as far as the melodic notes and the vibe. I played him a few records before I got in [with him] and he’s like, “It’s already there. What you want to add onto it?” Other than that, I kept everything real in-house and tight-knit with the people I started off with from my earliest mixtapes. Soundwave… Willie B… Everybody who know my music know that they a part of my actual sound as far as the mixing and vocal production.” Thanks to menamearenick.