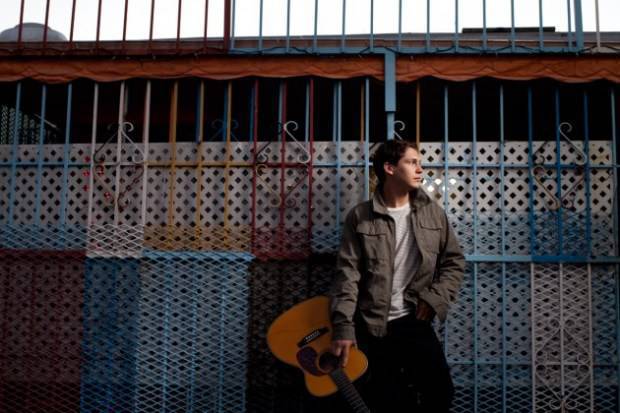 By JP DelaCuesta. Cris Cab has some very interesting relationships in the music industry. For the emerging talent to have worked with so many iconic players in such a short amount of time is almost unheard of, but it’s something that is well-deserved and far from a publicity stunt. Who are these legends, you ask? Well, for one, nine-time Grammy Award-nominated producer Pharrell Williams is Cris’ primary mentor, followed by “Uncle Wyclef,” who has been producing frequently for Cris as well over the past year.

Both Pharrell and Wyclef joined Cris on stage last week during his headlining show in New York City – one that had fans lined up around the block for hours before the doors even opened. Cris, who is signed to Mercury Records under Island Def Jam, is currently pushing his Echo Boom project and preparing to release a new full-length release later this year, spearheaded by the recent single “Good Girls” with Big Sean. Before Cris hits the stage at Grand Central in his hometown of Miami tonight, read up on his story and relationships with some of the biggest names in the industry below:

AllHipHop.com: Speak on your recent show in New York City, and what it meant to get those guys to come out and support you.
Cris Cab: It was a great night. We had a lot of label people come out as well, and coming to support the show. I brought out Pharrell, Wyclef, and Mavado, who are all great dudes and I work with all of them. Pharrell is really the first person I met in the music industry when I was about 14 or 15, and he’s always been like a big brother to me and a mentor, and he came through and showed love. And Wyclef, too, who I just met like five or six months ago. He’s already like a big brother to me as well; he came out and showed love and we got to do “No Woman No Cry” together which was awesome.

A: Well, I think it’s safe to say that if there’s anyone in this industry to be your mentor, Pharrell is at the top of the list.
C: Oh, for sure, man. He’s like Yoda.

A: How exactly did that relationship begin?
C: Well, we kind of met through a friend of a friend of a friend, one of those type of deals, and I brought him some of my music which I had been recording in my room at the time on like a 12-track recorder. And I came in with a CD and played him some songs, and he was loving it. I saw him bobbing his head, and he just told me, “I love the music, I love your style, but there’s some stuff you need to work on.” I was like 15, and he gave me X, Y, and Z, and really when he told me that, I took it to heart. He told me that people think the music business is all fun and games, but it’s one of the hardest businesses to get into because there’s a lot of sacrifice, and there’s a lot of time you dedicate. You have to be in it 200 percent, or else it’s not going to sound good. I took all of that to heart, and in a year or two, I came back to him, and he was blown away and kind of took me under his wing. Then we started working together and recording together. He taught me about songwriting, song structure, and yeah, the rest is history.

A: You have a very eclectic style and sound. If you don’t mind me asking, how would you classify our music?
C: You know, to classify the genre, I don’t even know if there’s one classification of what I’m doing. I would describe it as a fusion of music. It’s a bunch of different genres; it’s Hip-Hop mixed with Reggae mixed with acoustic and soulful melodies on the vocal side. I listen to a lot of people like Marvin Gaye, who is one of my biggest inspirations and, of course, Bob Marley, who is the number one inspiration on the vocal side. So, it’s really just a fusion of music.

A: How does it feel to be so warmly embraced by the Hip-Hop scene and some of the biggest names within it?
C: It feels good to be embraced by Hip-Hop, but also by people who love Reggae and Pop. It’s good; I’m feeling a lot of love from all ends, and I don’t think I have one set demographic.

A: I want to congratulate you as well, because your single “Good Girls” with Big Sean is doing it’s thing, and I know it’s available now on iTunes.
C: Thank you so much.

A: Tell me about how that collaboration came together, because I know it was originally out a while ago without Sean on it.
C: Well, Big Sean is actually a friend of a promoter friend of mine in Miami, and he brought him down a bunch of times to do shows, and I got to meet him one time awhile ago when he came down here with Wiz Khalifa. So, I got to hang out with him, and he’s a really humble and super-nice dude, just really down to earth. So one night after a show, he had he needed a place to record – it was actually the song with Kanye and Pusha T, “I Don’t Like”. Kanye had sent him that, and he needed a place to record it ASAP, so I had them come to the studio that I have in Miami. When he came through, I actually needed a feature on one of my tracks, so we ended up talking for a bit and I played him a bunch of tracks. And he stopped me after “Good Girls” and said, “That one’s a hit!”…which was perfect, because I needed a feature on it since Wyclef had just re-produced it, so he heard it and jumped on it that night.

A: I know you’re from Miami, and on top of the recent show you had in New York, you’re performing soon in your hometown. What can the fans expect from Cris Cab’s homecoming show?
C: Oh, it’s going to be great, man. I love playing back home, and it’s going to be the same thing. I’m going to have my friends come out, some special guests, my brothers and “uncles” coming out. We’re just going to put on a great show, man.

A: So, getting back to the music, man, you’ve been putting out the singles, but I want to ask where this material is going to end up. What is the project you’re pushing now, and what’s the one that’s coming in the near future?
C: Well, we’re actually getting ready to release some more music to the fans, ‘cause we recently put out a mixtape called Echo Boom, which was the last one, that dropped a few months back. Now we’re actually getting ready to drop some more stuff to keep the motion going and keep everybody involved, which should probably be coming in September.

A: What can you tell me about your current label situation?
C: Yeah, well, I’m signed to Mercury, and we actually just opened up my own label called CMG26.

A: Congratulations on that. Tell me about that situation.
C: Thank you, sir. It’s good, I mean, the label had been so supportive with everything we want to as far as getting out there and being proactive. They realize that I came from an online world, so my plans are to keep the online presence growing and strong. That’s probably why we’re going to release some more new music for the fans on the Internet pretty soon, to keep everybody involved.

A: Where can the fans find you online?
C: You guys can find me at CrisCab.com.