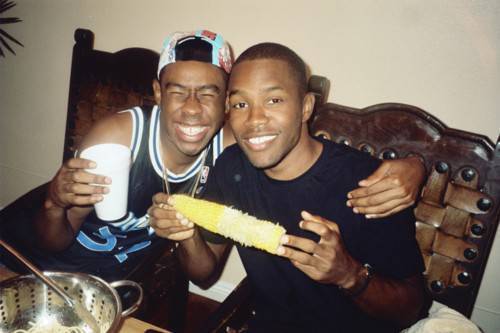 So after all the mishmash about the bonus cut ‘Golden Girl‘ off Frank Ocean’s Channel Orange album if it was produced by The Neptunes/Pharrell or not , Tyler, The Creator stepped in and told us that it is indeed produced by Pharrell and not just Tyler himself, which I thought because of the credits on allmusic.com, so we got here the second Neptunes/Pharrell track off Channel Orange. I really don’t feeling it though, anyways all we need now is just the Original Version of ‘Sweet Life‘ that Tyler and Aaron were talking about, by saying its ‘very different from the final version’, check out Golden Girl below, thanks to BabyMilo aka Tyler, The Creator from the forum. One more thing, I’ve cut the long cuts of ‘Golden Girl‘ and kept the actual tune from the hidden version of the ‘End‘ tune. Channel Orange is out now on iTunes. Let me know guys what y’all think of the tune.