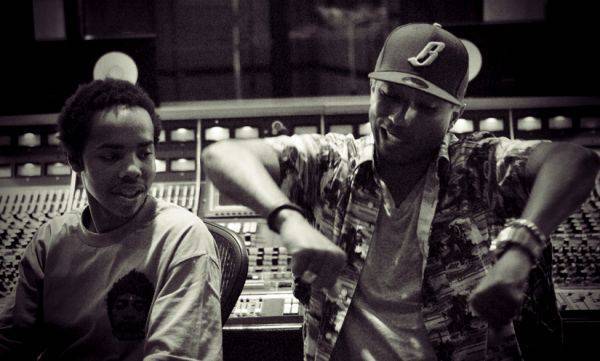 By Matt Putrino. Last night Earl Sweatshirt took to Twitter to reveal a lengthy list of producers and features for his upcoming still-untitled sophomore full-length. The lineup of those involved includes some heavy hitters including The Neptunes, Casey Veggies, Christian Rich as well as the OFWKTA staples Tyler, The Creator, Frank Ocean, Domo Genesis, and The Internet. He’s still holding out on the album’s title, but he does make a special point to note the content on this one won’t be about rape. Check out the full statement below, and hear his recent collaboration with Flying Lotus.

“You wanna know why im not in europe with the squad? Im finishing this album. Im just trying to make pretty music. Everyone whose favorite song off EARL was epar or whatever might be pretty bummed. Everyone with 666 or KTA or some sort of stupid hashtag like “hey look im crazy” in their bio might be pretty bummed too. I anticipate a loss of fans. I also anticipate gaining some. So. You know. Yeah. I hope i lose you as a fan if you only fuck with me cause i rapped about raping girls when i was 15. I fucking love how it sounds. And uhh. Thats what matters Im gonna go out on a limb and say that you can hear the progression.

Christian Rich // The Neptunes // Tyler, The Creator // randomblackdude // Domo Genesis // Vince Staples // Tyler, The Creator // BBNG // Pharrell Williams // Thundercat // Ommas Keith // Frank Ocean // And Earl Sweatshirt. Thats the list of folks who did work on _____. Oh and samiyam and alchemist!!!!! Oh yeah and casey veggies!! And matt and syd. What if i got kidnapped and murdered by crazy nicaraguan killers before anyone could hear it. I’d be bummed. What if tom cruise killed me for being extra’d out. Its funny cause alchemist is also better at rapping than everyone. Its actually fucked up. Uzowuru just stopped me from dropping the album title.”