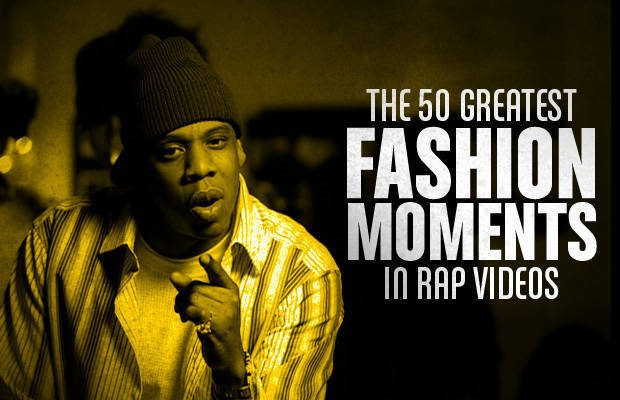 Fashion’s always been an important part of pop music. From Jimi Hendrix’s bandana and open paisley shirts to Jim Morrison’s lack of a shirt, musicians expressing themselves through what they wear was a crucial way to further the impact of their art. Then, the music video changed everything. From the very first broadcast on MTV, the way musicians dressed themselves was totally altered. Forget magazine shoots, album covers, and newsreel footage ruling the day. Given access to a new medium, the rules for a music act cultivating an aesthetic had warped completely. A crackling, live fire, kinetic picture of how an artist defined themselves or their songs was now available.

Enter the rap videos. Slowly but surely, hip-hop—a treasure trove of pop art mostly undiscovered by the world—had a worldwide stage, broadcast via satellite, putting artist most people had never heard (let alone seen) into their living rooms. And of every stripe of music video on television, rap videos took this the furthest, using television as a way to plant their flag on what was cool at that very moment, the kinds of things that rock and roll and pop music had always found a way to adopt and move ahead on before rap could claim it as their own. That wouldn’t be the case anymore.

No more was this evident than in the fashions sported by rappers: From Run-D.M.C. to Dr. Dre and Snoop Dogg, to 2Pac and Biggie, to Bad Boy’s parade of flamboyant bling, and Jay-Z’s high fashion ambitions, rap ran circles around the rest of the music video canon as far as fashion was concerned. If music videos changed the fashion game, rap videos changed the way it was played, and it remains one of the most crucial aspects of success in the genre—and in pop music—to this very day. 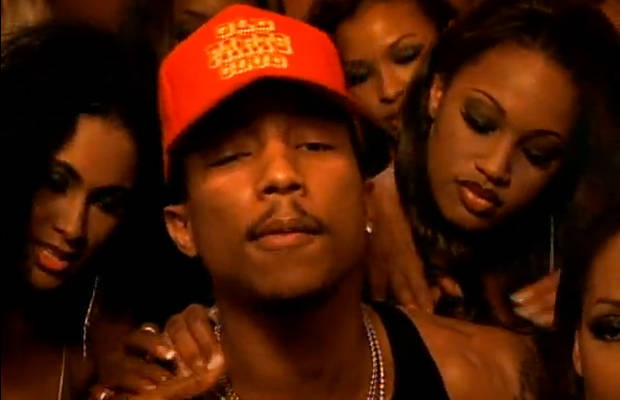 38. Pharrell with the trucker hat in ” Shake Ya Ass.”
Year: 2000
Yeah, Ashton Kutcher re-popularized trucker hats, Justin Timberlake tried to take credit for re-popularizing trucker hats, and we’d freak out if we saw Judah Friedlander on 30 Rock without one, but really, the first person to make them look cool in the new millennium was Pharrell in the video for “Shake Your Ass.” Of course, back then hip-hop fans were stuck in their “I’m a thug thus I wear fitteds” phase, and the look didn’t really take off in the rap world, but we’ll never forget that P was the true pioneer. 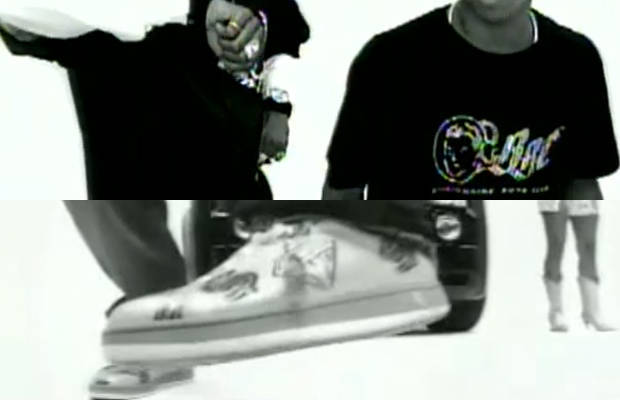 14. Pharrell with the Ice Creams and BBC in “Drop It Like It’s Hot.”
Year: 2004
“See these Ice Creams?” Pharrell asked on “Drop It Like It’s Hot.” Yeah, we see them, P. Early in this career, Skateboard P was seen as a bit of a weirdo in rap’s thugged-out landscape. But as the years passed, the hits piled, and the culture shifted to a more eccentric style. Thus, Pharrell pivoted from outlier to trendsetter. Since then, he’s helped open the door for adventurous closets in hip-hop and those Ice Creams were the first of many, “Damn, where’d he get those?” moments for P. Same goes for the BBC shirt. We all just wanted to be as cool as Pharrell.