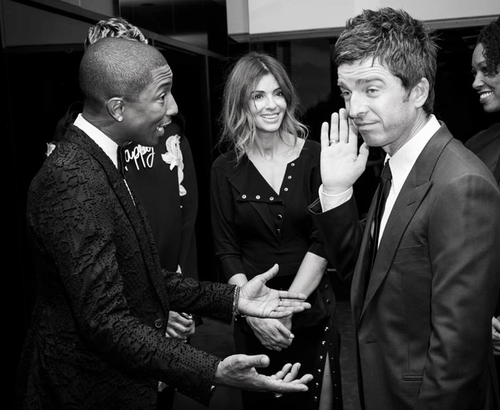 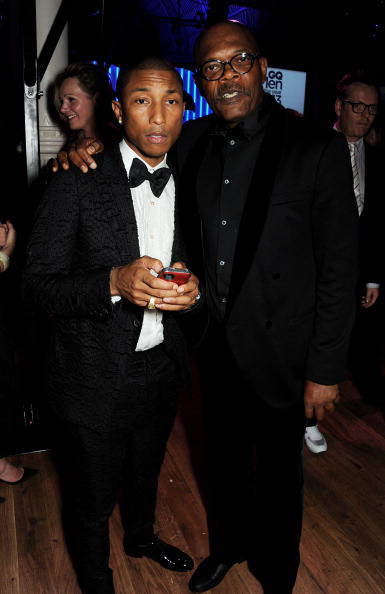 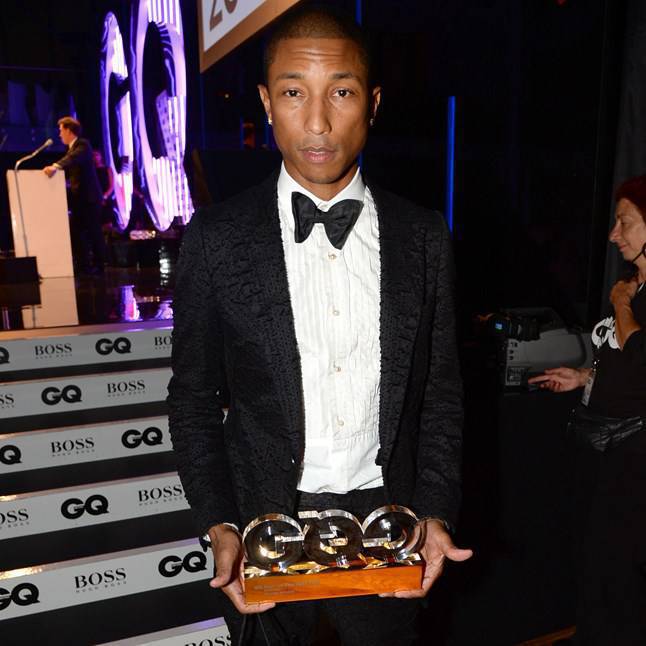 Pharrell Williams was presented with the performer award by model Rosie Huntington-Whiteley, thanking God in his speech when picking up his award, as well as praising the likes of Justin Timberlake and Daft Punk, who he’s worked with over the past year. Rosie Huntington-Whiteley was the talk of the night though, as she arrived at the GQ Awards in a skin-tight PVC dress – catching the eye of Pharrell Williams. Taking to the stage to present the Performer Award to Pharrell, Rosie described the 40-year-old as ‘fit as f*ck‘. And it didn’t stop there, with omg! spotting Pharrell flirting heavily with Rosie as the pair left the stage together.

Not only does he appear never to age, at 40 Pharrell actually seems to be getting better. Having redefinied the sound of contemporary hip-hop a minimum of twice in his career already, this summer you could hear him on the two biggest tracks of the year: Robin Thicke’s “Blurred Lines” and Daft Punk’s flawless funk epic “Get Lucky“. Along the way he’s found time to record with everyone from Azealia Banks to Kylie, celebrate a decade in streetwear with Billionaire’s Boys Club and launch creative partnership i amOther. Despite near-constant adulation, he remains charming, musically focused and elegant in the extreme – a true renaissance man.

Downton Abbey actor Dan Stevens has been crowned GQ magazine’s “most stylish” man of the year. Stevens, who left the show to pursue a film and theatre career, picked up the award at a ceremony in the Royal Opera House, London, last night. It is the third year Boris Johnson has won the Politician Of The Year award, following victories in 2012 and 2008, and brings him level with Prime Minister David Cameron, who has also won three. 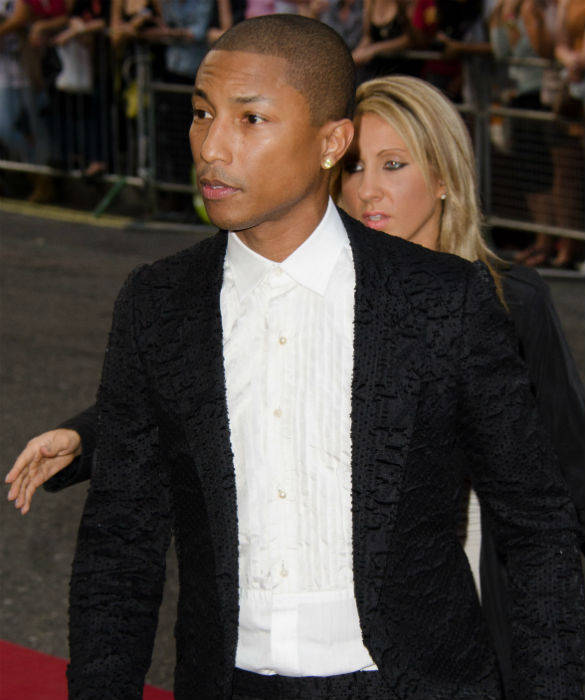 Tracey Emin received an award for her art, as actor Eddie Redmayne, best known for appearances in Birdsong and Les Miserables, took the “breakthrough” prize. The biggest surprise of the evening arguably came in the shape of boxer Carl Froch, who beat Olympic and Wimbledon tennis champion Andy Murray to the award for Sportsman Of The Year. Radio 1 breakfast show DJ Nick Grimshaw took home the prize for radio personality. 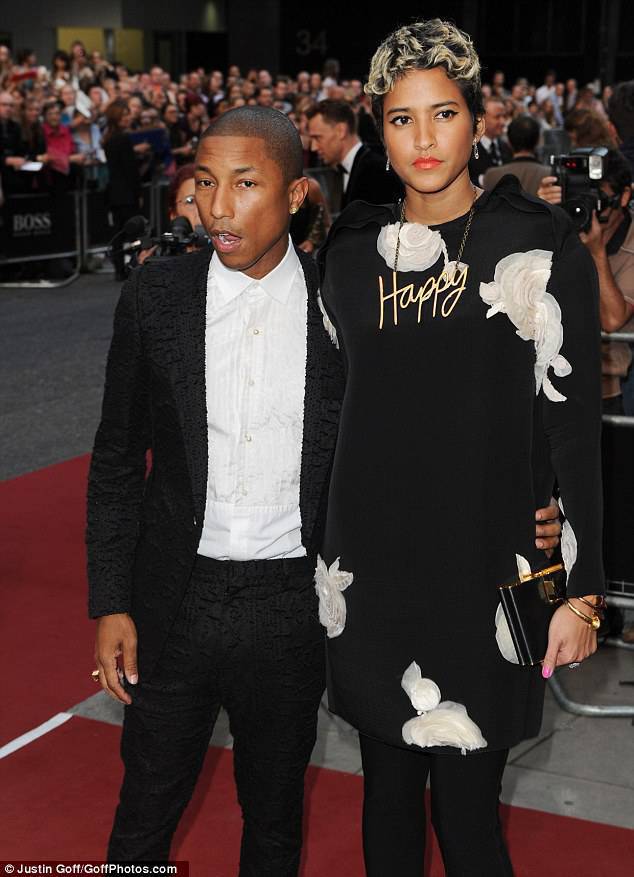 Pharrell Williams and his fiancée Helen Lasichanh both wore Lanvin. 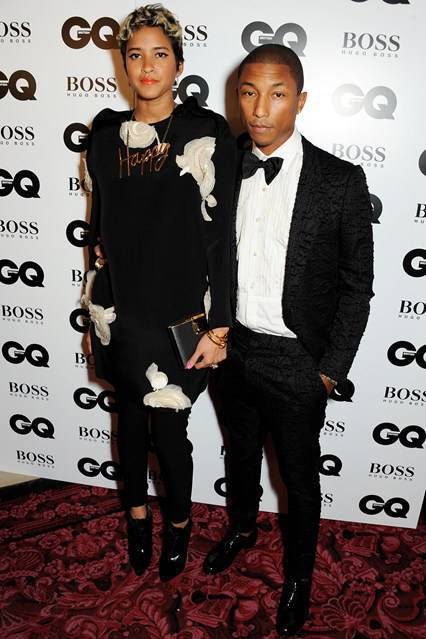 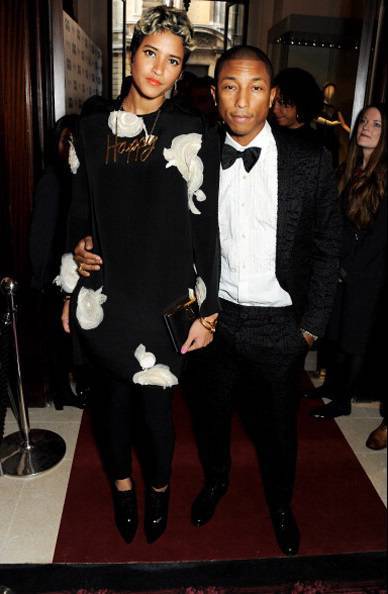 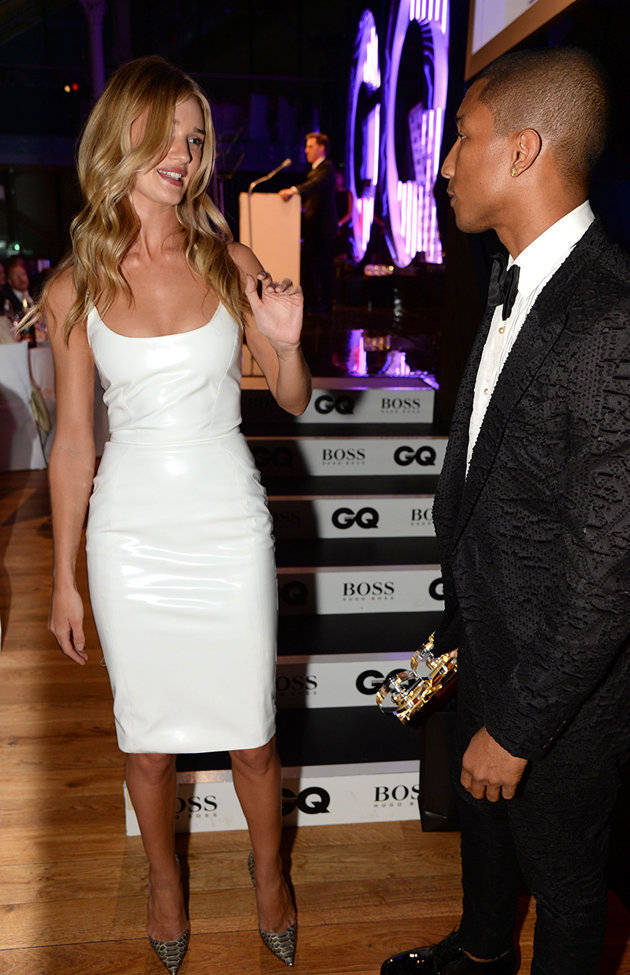 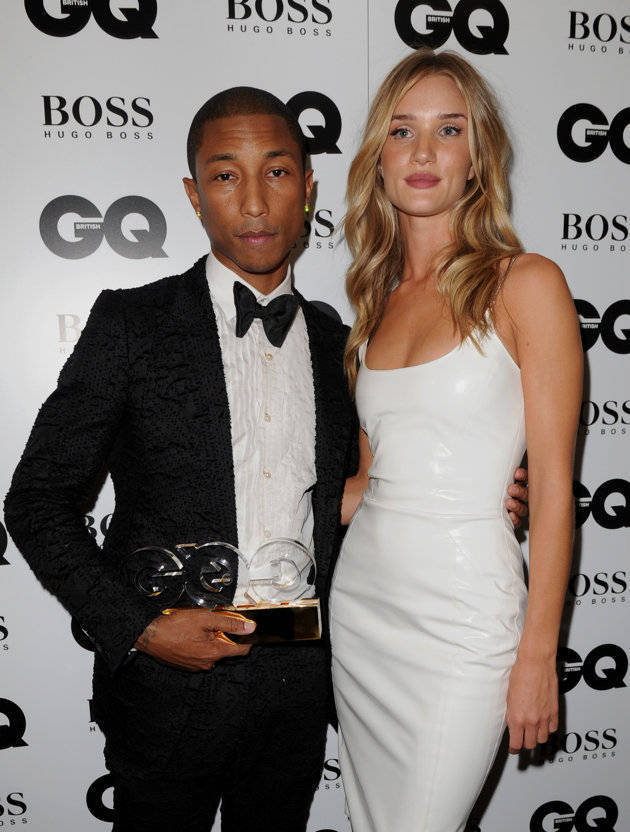 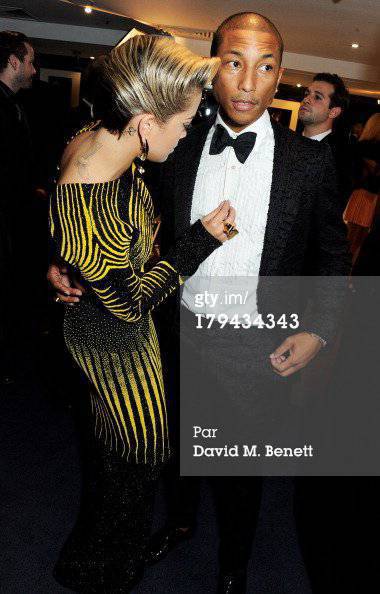 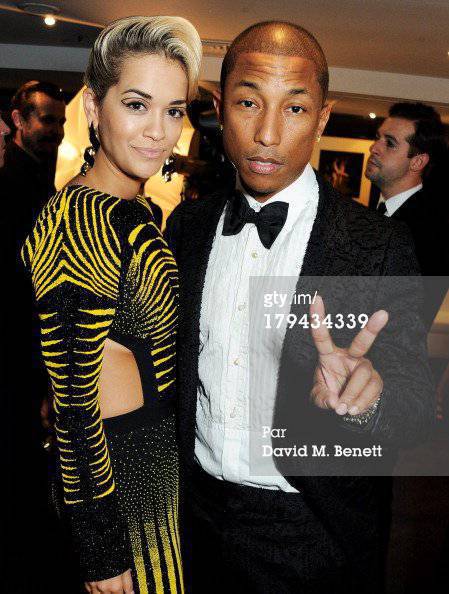 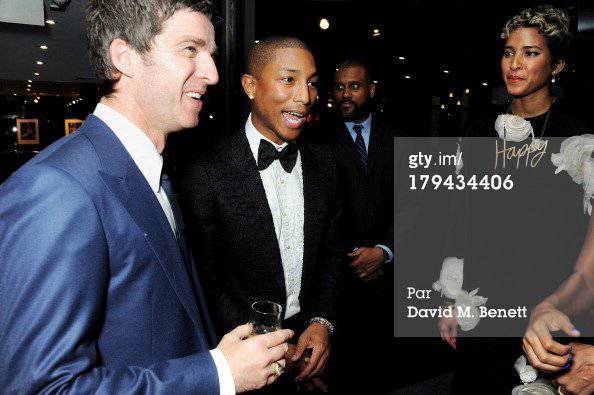 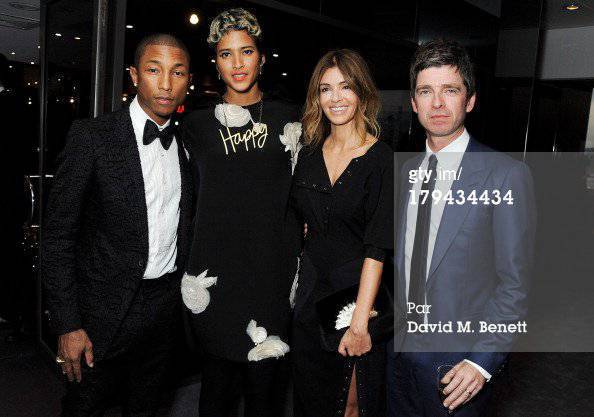 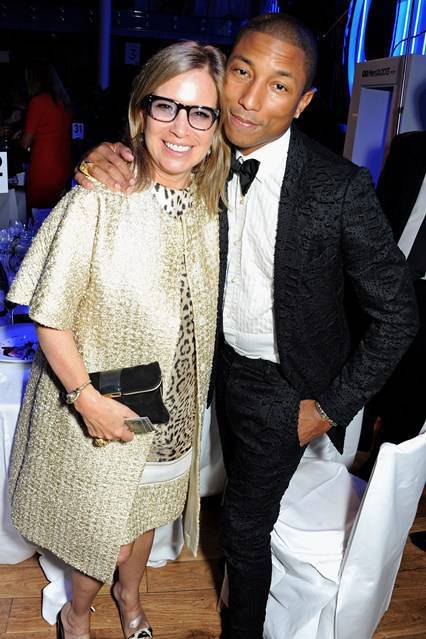 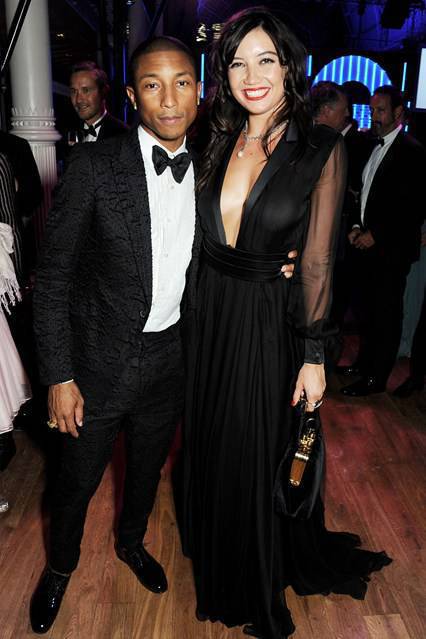 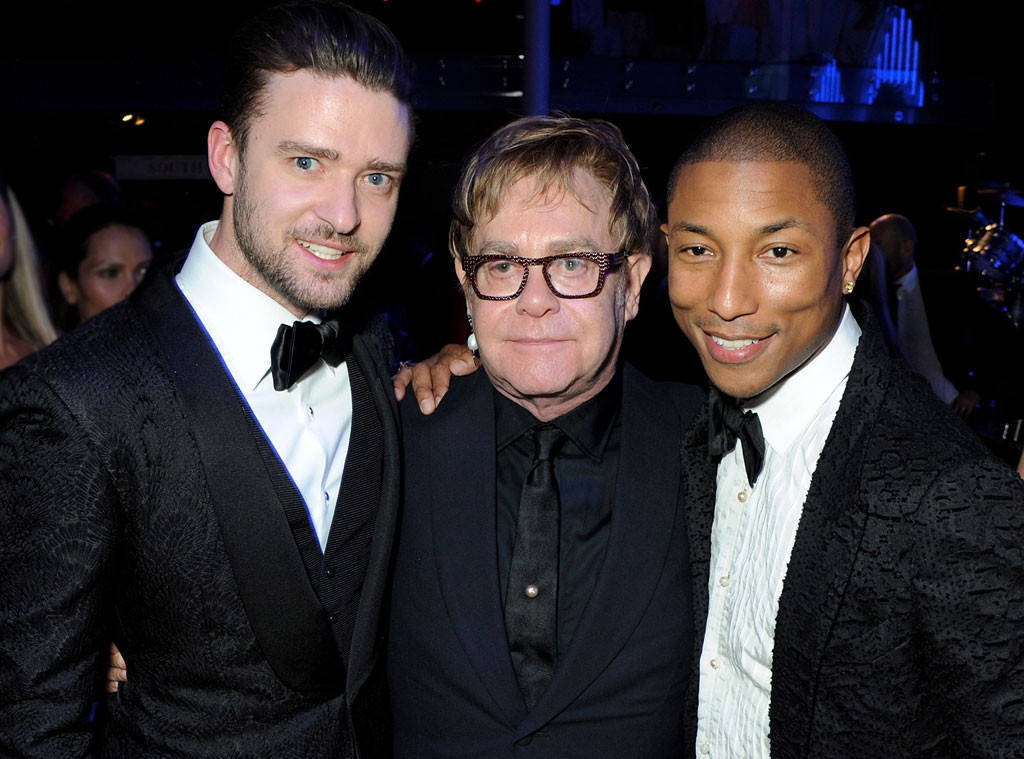 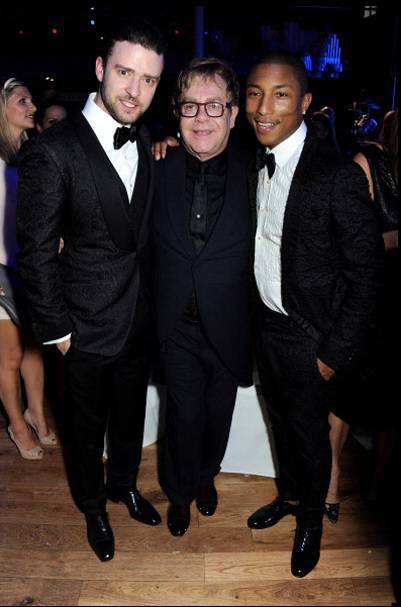 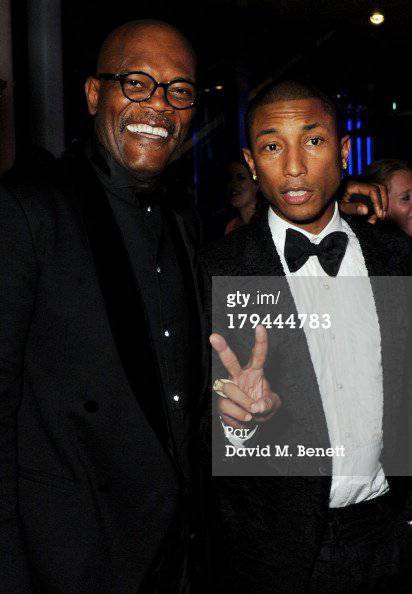 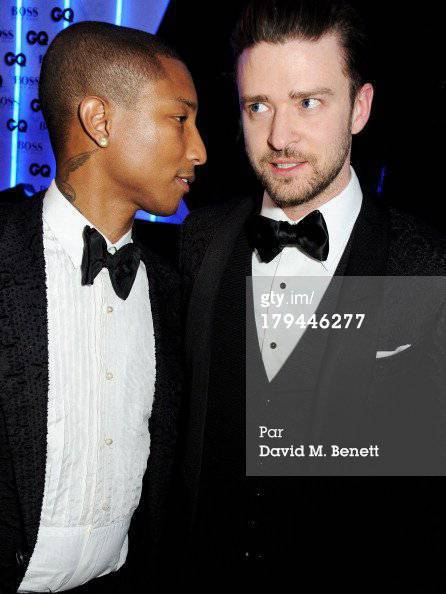 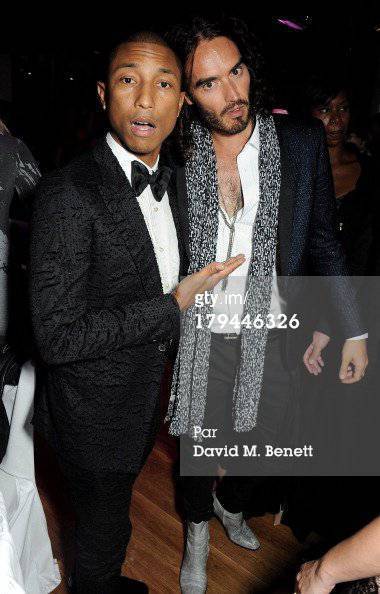