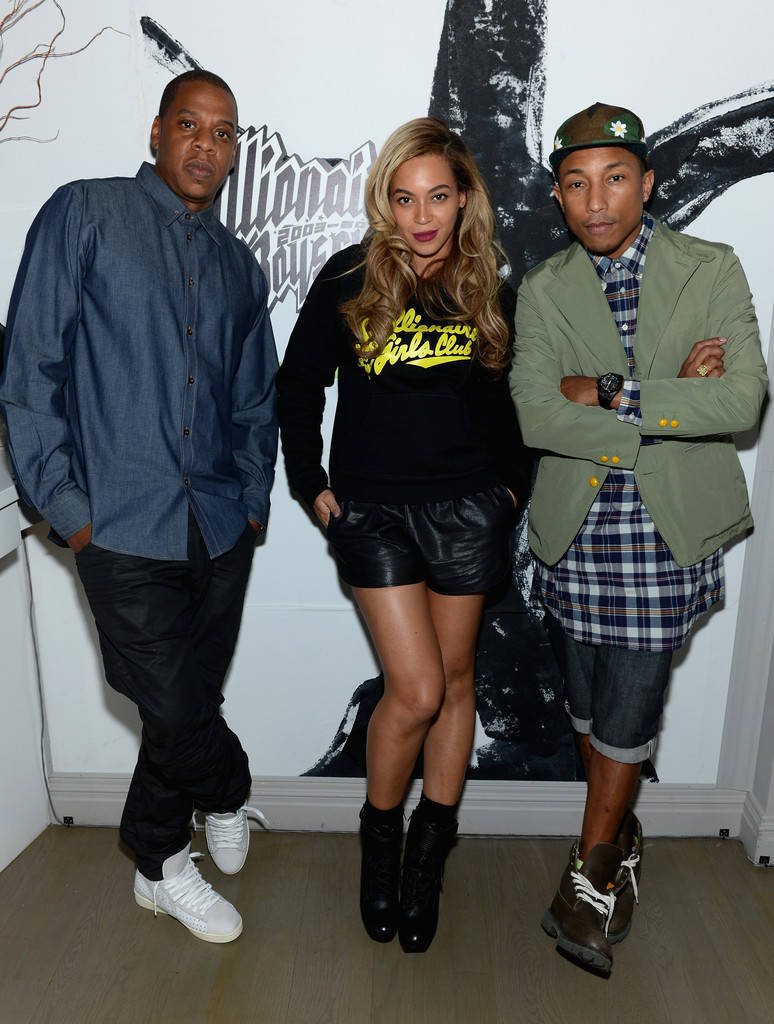 In the midst of his busy recording schedule, Pharrell Williams fronts the October 2013 issue of DETAILS magazine. During his Q&A session, the 40-year-old singer chatted about his approach to songwriting and revealed what he truly thinks about some of the artists he’s worked with including “We Can’t Stop” hitmaker Miley Cyrus and “Single Ladies” songstress Beyoncé Knowles.

On his creativity:
“I create based on what I feel like is missing. You jump in and follow your gut. It’s like a sculpture – you’re just adding on more clay, you’re chiseling away and adding on until you feel like it’s done, and you stand back and go, ‘Oh! It’s a person.'”

On Miley:
“She’s just growing up, and she deserves her time and to do it her way.”

On Beyonce:
“I’m still very much a student when it comes to B because there’s so many things that she has in her head – so many ideas and so many incredible ambitions. More than anything else, I’m there to assist.”

Pharrell Williams has revealed that he fell out with pop icon Madonna while they were recording her 11th studio album ‘Hard Candy.’ The incident happened when the ‘Vogue’ singer took offence to producer Pharrell’s criticisms. Details Magazine revealed that Madonna did not take well to the critique telling the ‘Get Lucky’ singer: “You can’t talk to me like that.”

Speaking to the magazine Pharrell stuck to his guns with the way he produced music saying: “You’ll never discover anything by matching what’s going on. The key is to find that which does not exist and try to make it undeniable.” Madonna and Pharrell later sat down and talked through the incident to clear the air and are now on good terms.