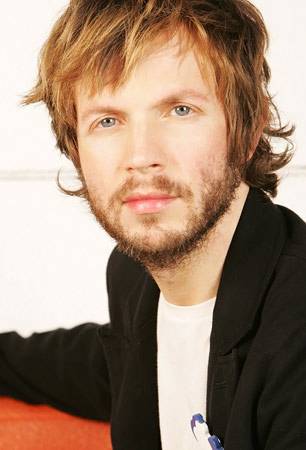 During an interview with FL, Beck revealed that although he meet with the Future Music-bound artist in 2012 he doubts they’re likely to work together anytime soon. News of a possible collaboration between the pair surfaced in a recent Billboard cover story, but Beck said that fresh from the success of ‘Get Lucky, ‘Happy’ and ‘Blurred Lines’ the resurgent Pharrell is now too busy to collaborate. “The success in the last year just happened, so I don’t know if that will happen now because he’ll probably be busy for the next decade or so. Maybe we’ll do something in 2024,” he joked.

Beck said that he has wanted to work with Pharrell since hearing The Neptunes productions around the time he was working on 1999’s Midnite Vultures. “I remember saying that the next record I wanted to work with The Neptunes and Timbaland,” he explaind. But although he and Timbaland collaborated on a cover of David Bowie’s ‘Diamond Dogs’ for the sMoulin Rouge Soundtrack in 2001 nothing more came of the collaboration with Pharrell. “I’d planned to do a record with him but I think I needed to take some time off and then he did that album with Justin Timberlake [2002’s Justified and he went right off into the pop world. I felt like I’d missed my moment working with those people.”