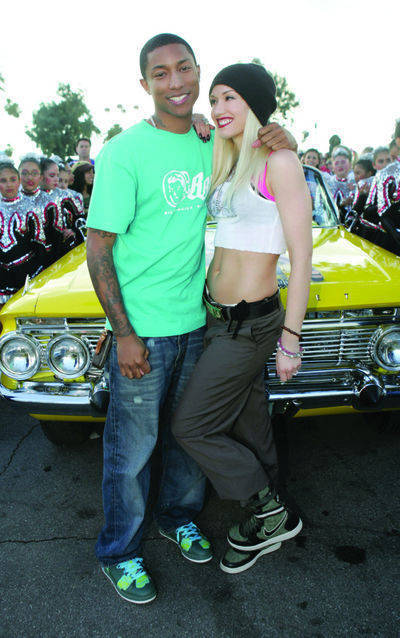 The 44 year-old singer will be debuting on the NBC’s singing-talent show, alongside fellow new coach Pharrell Williams, this coming fall. Its official, Gwen Stefani is the new coach on NBC’s singing talent show ‘The Voice.’ The 44 year-old will be joining the programme, and the rest of the coaching panel, at the beginning of season seven.

The former No Doubt singer confirmed the news via an Instagram photo of her own version of ‘The Voice’s‘ famed hand gesture, with a caption reading, “It’s True!” Stefani will be joining her fellow new coach Pharrell Williams and longtime ‘The Voice‘ stars Adam Levine and Blake Shelton, when the upcoming season debuts this fall.

NBC’s official announcement comes just over a week after it was highly speculated that ‘The Sweet Escape‘ singer would be replacing Christina Aguilera’s spot on the spinning chairs. The 33 year-old singer took to Twitter to congratulate Stefani for stepping in during her absence. “So excited to have you join #TheVoice squad @GwenStefani! Welcome to our crazy fam! Kisses- xoxo #blondesdoitbest,” she tweeted. To break into their new gig, Pharrell will perform his new ‘G I R L‘ single, ‘Come Get It Bae,’ while Stefani will sing ‘Hollaback Girl,’ which is produced by Pharrell, on the live May 5th episode, according to The Hollywood Reporter, thanks to menamearenick.