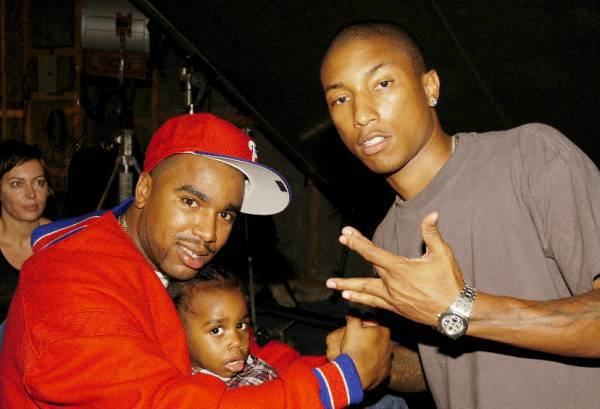 By Andres Tardio. Noreaga explains how his relationship with Pharrell Williams has remained strong since 1998’s “SuperThug,” despite doubters and naysayers trying to come between them. Pharrell may be one of the most acclaimed producers in the industry, but not everyone believed in the beatsmith when he emerged in the late 1990s as a member of The Neptunes. 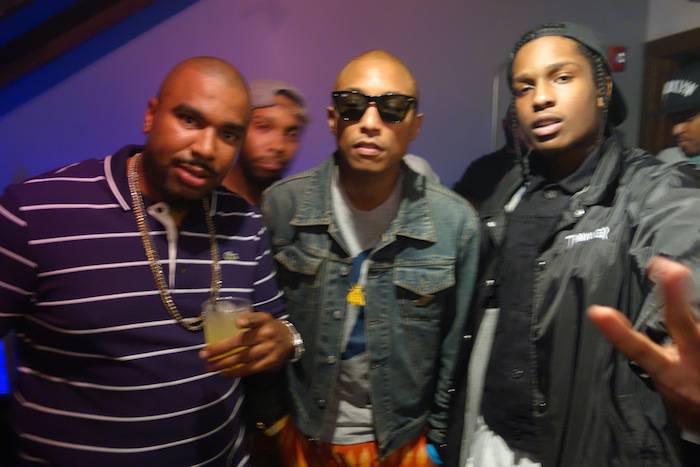 N.O.R.E., who’s had success with Pharrell since 1998’s “Super Thug,” which was produced by The Neptunes, was one of the producer’s early supporters. He enlisted The Neptunes for his self-titled debut solo album. Their “Super Thug” collaboration would become one of the year’s most popular Rap singles. The song also marked the first time that The Neptunes earned notoriety for its production, something Noreaga recalls with joy. 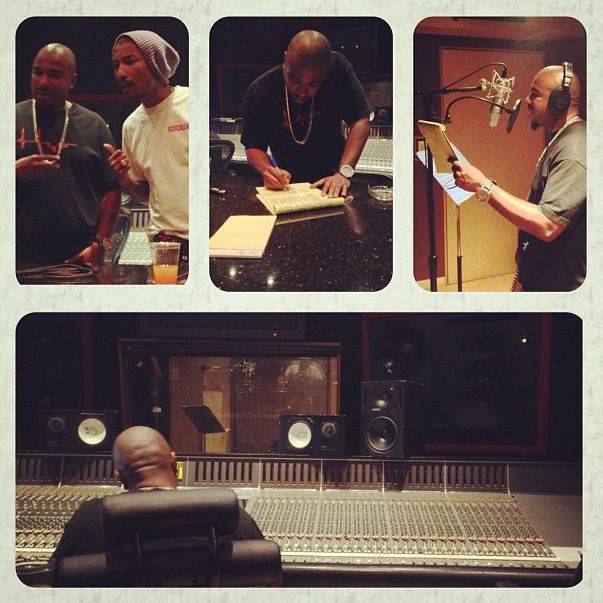 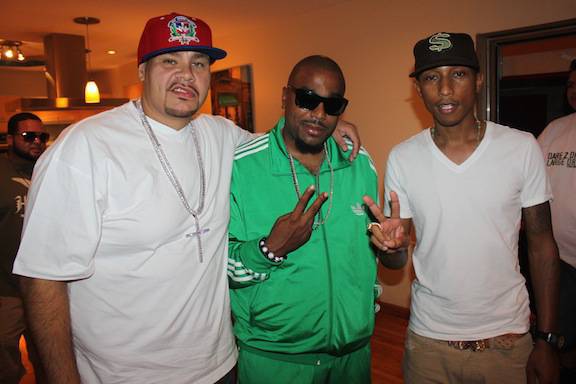 For instance, N.O.R.E. remembers taking his Neptunes-produced “Oh No” to BET’s Rap City in 1999, a year after “Super Thug’s” chart-topping success. When he arrived with the video, N.O.R.E. says Rap City’s then-host, Big Tigger, was skeptical. “Tigger pulled me to the side and said, ‘Yo, I don’t think you should do this…[I don’t think] you should work with these kids. All they beats sound the same,’” N.O.R.E. says. “I remember me looking at Big Tigger and being so offended. I was like, ‘No, Tigger.’ I knew Tigger didn’t know what he was saying and I knew he just was trying to be a cool dude. 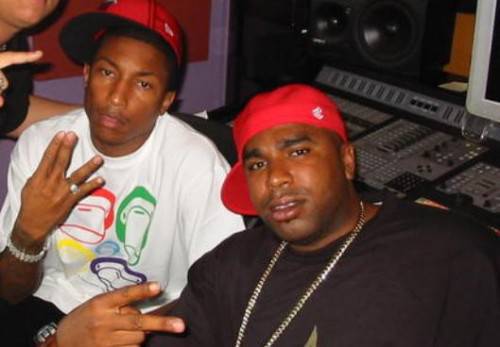 “When Big Tigger said that, it hurt me,” he adds. “I can’t even describe it. It’s still hurting me right now. I’m talking about it because Tigger actually told me that, yo. I kid you not. I remember it like it was yesterday. He can never deny this. You know why? Because that moment meant way more in my life than it meant for him.” Tigger wasn’t the only one to doubt The Neptunes’ sound, though. N.O.R.E. says plenty of skeptical deejays advised him against using Neptunes-crafted singles early in his solo career, including “Super Thug.” Now, after all of Pharrell’s success with and outside of The Neptunes, N.O.R.E. says he can smile about those doubters. 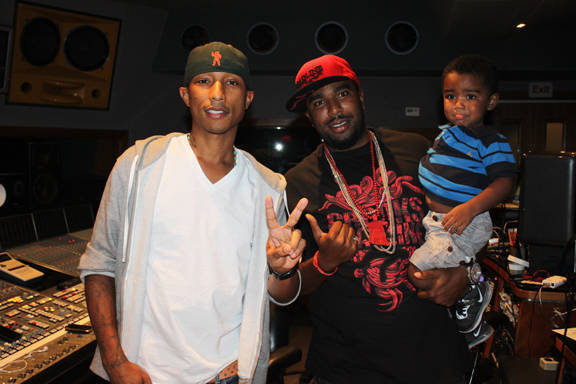 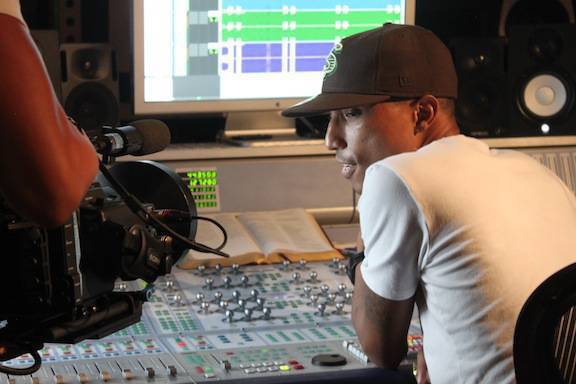 I sensed it in 1998.’ But nobody listens to N.O.R.E. because N.O.R.E.’s the thug dude that runs around, goes to parties and pops champagne and he’s always drinking and having a good time. How could you believe that guy? But I told you in 1998. I seen it coming.” Since 1998, Pharrell’s become immensely successful. In 2013 alone, he was named GQ’s Hitmaker Of The Year and the following year, he won “Producer Of The Year” at the Grammys, an achievement to go with his other wins in several categories, including “Record Of The Year” (“Get Lucky”), “Best Pop Duo/Group Performance” (“Get Lucky”) and “Album Of The Year” (for his work on Daft Punk’s Random Access Memories). 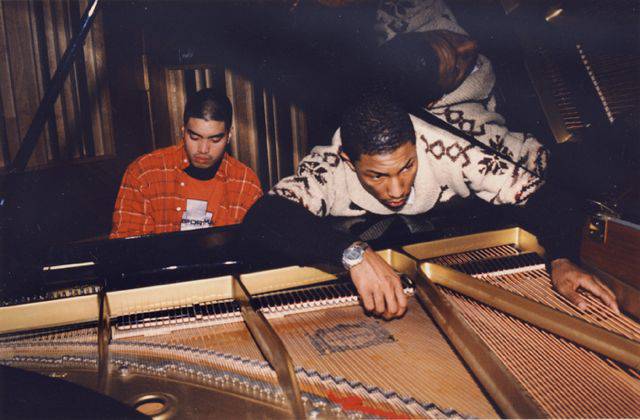 In the last couple of years, Pharrell was also celebrated for his work on chart-topping hits, including Robin Thicke’s “Blurred Lines” and his own “Happy.” The latter is indicative of the man he is, according to N.O.R.E. “That ‘Happy’ record is him 100 million percent,” N.O.R.E. says. “That is 100 percent him being him. I, for one, am proud of that…He’s being who he is…He’s not trying to pretend to be nobody else.” Despite doing songs like “Happy,” Pharrell has also managed to balance his work with songs that have a street edge, from his work with Pusha T on last year’s “S.N.I.T.C.H.,” which stands for “Sorry Nigga, I’m Trying To Come Home,” to his 2 Chainz collaboration “Feds Watching.”

That balance is possible because of Pharrell’s affinity for what he once referred to as “thug music” during his first conversation with N.O.R.E. “He grabbed my hand, gave me a five and he spit all the lyrics to [Capone-N-Noreaga’s] ‘Blood Money,’” N.O.R.E. says, recalling his first Pharrell encounter. “He knew the lyrics better than me to ‘Blood Money.’ The minute he finished [reciting] the lyrics, he said, ‘I love thug music, but I don’t have a thug bone in my body.’ To this day, that man has remained the same person.”

Following their initial talks, N.O.R.E. remembers letting Pharrell drive “Super Thug.” “When Pharrell gave me the record, he just said, ‘Write your rhymes,’” N.O.R.E. recalls. “He knew what to do with the rest. One of the other first things he said to me was, ‘I do records for people, they don’t want me involved with them. They don’t accept my ideas. The minute one person accepts my ideas, they gonna go. I shut the fuck up and listened to him. That’s how you got [the intro] to ‘Super Thug.’ All that was him. That had nothing to do with me.” N.O.R.E. Says Michael Jackson Wanted The “Super Thug” Beat.

Once the song was released, Noreaga says he received a frightening phone call, one that let him know just how much potential Pharrell had. “Did I think he was gonna be this huge?” he says. “Yeah, yeah, yeah. Yeah, I knew it. The dude called me and said Michael Jackson said he wanted ‘Super Thug’ the record, my dude. Do you know how scary of a moment that was for me? I don’t think you understand, my brother. Pharrell called me when ‘Super Thug’ was out and said, ‘Yo, I sent Michael Jackson beats…A whole bunch of R&B beats.’

So, I’m sitting back like, ‘Okay. Why are you telling me this, Pharrell?’ He says, ‘Because Michael told me he don’t want that. He wants ‘SuperThug.’” Nowadays, Pharrell and N.O.R.E. remain close. The day of the HipHopDX interview, Nore said he had just gotten off a 30-minute phone call with Pharrell. They have sustained their bond, even as outsiders have tried to get Nore to speak negatively about Skateboard P. “A lot of people this year with his success, a lot of people have tried to get me to flip on him,” Nore says. “They’ll say, ‘Why he ain’t invite you to the All-Star game?’ Idiot, because I was trapped in New York in the snow storm. You feel me?

“Pharrell, all he owes me is to be real with me,” N.O.R.E. adds. “That’s it. He doesn’t owe me shit. I got a chance to witness him in the beginning and I enjoyed that. I enjoy that we still speak and I enjoy that he’s sitting there, waiting for me to say, ‘I’m ready to start my solo album.’ But I’m not ready. I’m not ready right this moment because I want to indulge in being a CEO. I want to indulge in putting somebody else before me.” N.O.R.E. is also continuing work on C-N-N’s new album, set to be released via Penalty Entertainment.