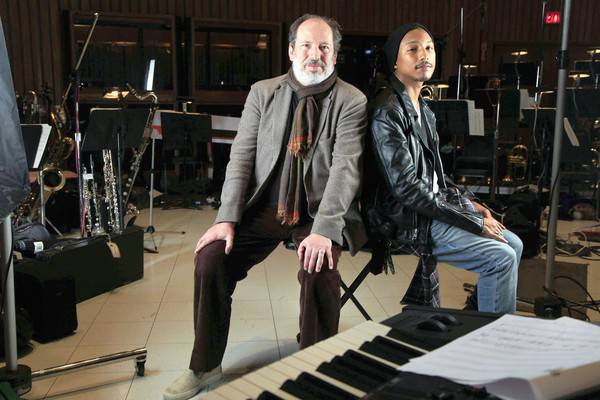 Hans Zimmer, Alexandre Desplat and Pharrell Williams are the most familiar names among the first nominees that were released by the World Soundtrack Academy. Besides Film Composer Of The Year, the World Soundtrack Academy also published the nominees in the categories for Best Original Film Score Of The Year and Best Original Song Written Directly For A Film. The WSAwards, one of the most prestigious events in the world of film music, is the closing event of Film Fest Gent and will take place on 25th October at Kuipke in Ghent.

In line with tradition, the 41st edition of Film Fest Gent will end with a festive event, the World Soundtrack Awards Concert, the annual film music event that has now reached its 14th edition and that gives the festival its international allure. This year’s guest of honour is Cliff Martinez, American film music composer and former drummer of the rock band Red Hot Chili Peppers.

The WSA concert will mainly focus on his long-time collaboration with Steven Soderbergh, for whom he is the long- standing composer (Sex, Lies & Videotape, Traffic, Kafka, Contagion, The Limey and Solaris). Needless to say, the programme also includes his two cult scores for Drive and Only God Forgives (both starring Ryan Gosling) by Nicolas Winding Refn, as well as the music he wrote for Spring Breakers by Harmony Korine.

Composer Of The Year