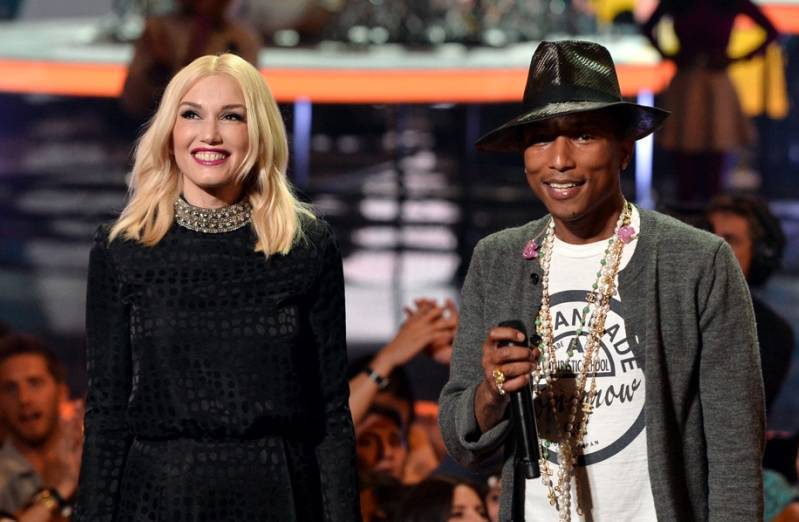 Gwen Stefani is in the studio with Pharrell Williams and she claims to be working on both a solo album, and the next No Doubt full-length. As Stereogum points out, MTV News spoke with the ska-pop icon at a New York Fashion Week event. Seen below, the Voice coach reveals, “Right now, I’m all about doing music.”

And in fact, “I’m going into the studio tonight with Pharrell.” Cut to Pharrell, who then stonily yet enthusiastically babbles weird complimentary (?) things about Stefani’s looks and mindset — “She does not look her age. She doesn’t look like she’s had three children. But that’s the cool part. That she is her age, and she’s had had three children and she is killing it.” — while confirming that she is, indeed, on another another level. No doubt.