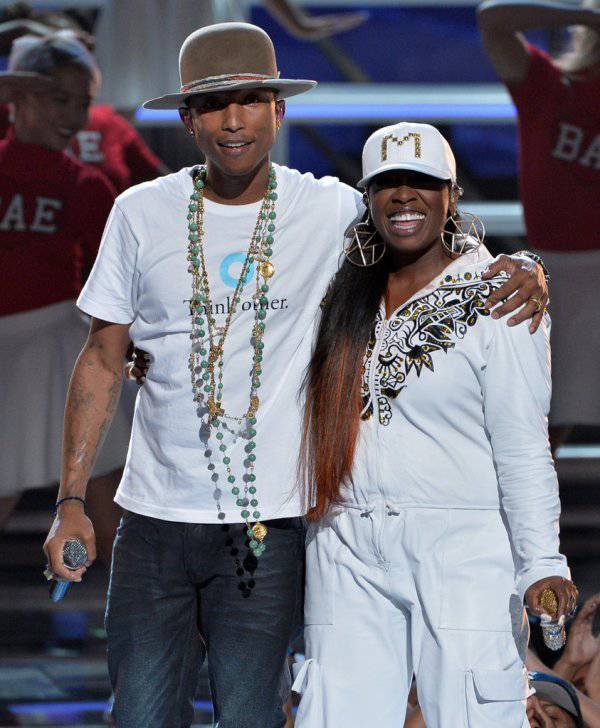 The 43-year-old songstress hasn’t released a single with her as the lead artist since 2008. But according to Timbaland, fans might be hearing some fresh music from her sooner than they think. ‘I love my sister to death. I know the tabloids love to talk, and I’m going to say it now,’ he said during the ASCAP Rhythm and Soul Music Awards, according to Entertainment Weekly. ‘Her first single is from my cousin-and yes, we are family-Pharrell.’

Missy took to Twitter Friday to clarify Timbaland’s statement. She claims there is no release date set yet for her new song. ‘Sorry no dates on a new single from me but I’ll keep yall posted if I do,’ she tweeted, closing the message out with a blowing kiss emoji. Her track with Pharrell was first teased in February, as she shared a picture of herself posing with Pharrell on her Twitter account, with a caption that read: ‘VA! 2 up 2 down! Me & my fam @Pharrell hard at work (sic)’.