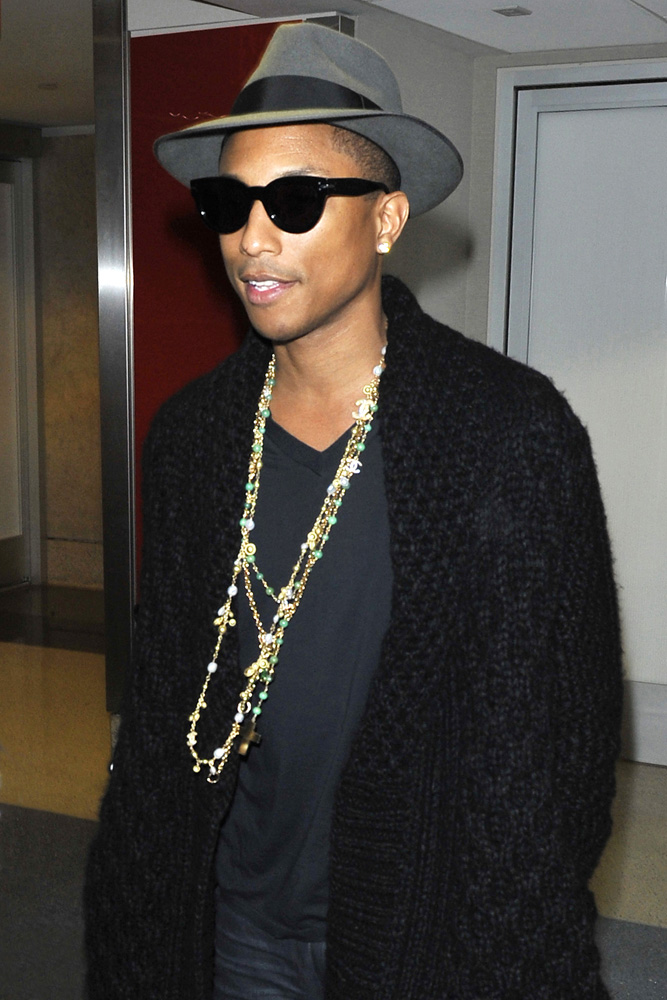 The music star is to front the new Gabrielle style alongside Kristen Stewart, Cara Delevingne and Caroline De Maigret. Carrying On: Pharrell Williams wears Chanel necklaces and tweed jackets with confidence and panache. He walked the runway at the Ritz Paris for the French brand last month and once composed a song for a Karl Lagerfeld-directed Chanel film, crooning that he wanted to “see, see (CC) the world.” Now the music star has landed his first handbag campaign, WWD has learned.

Williams is to appear in advertising for Chanel’s new Gabrielle bag, recently photographed by Lagerfeld, who conceived the style. The designer also conscripted three powerful women for the spots: Kristen Stewart, Cara Delevingne and Caroline De Maigret. It is understood the personalities were shot separately, not as a group, and that this is the first time a man has appeared in a Chanel handbag ad. The brand is keeping the visuals under wraps until their debut on April 3, but confirmed the four guests of honor on Monday.