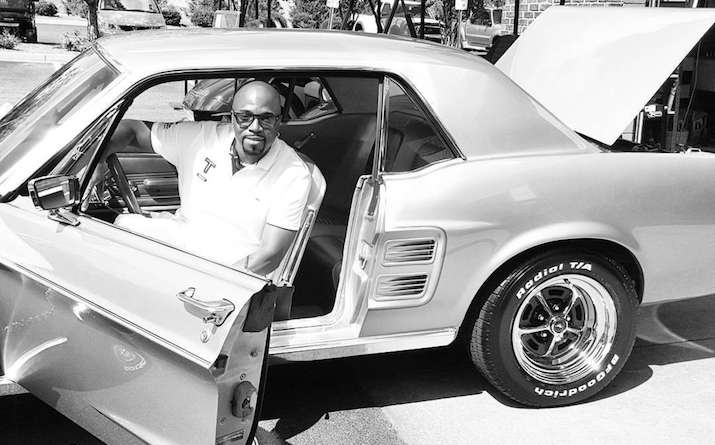 Teddy Riley, a New York native with well-earned stripes in hip-hop’s first guard, returned to his hometown last week to chop it up with the venerable Chairman Mao. Their Red Bull Music Academy Festival lecture is part of a month-long program that ensures the preservation and continued celebration of music’s most influential sub-cultures and legacies. As one of hip-hop’s childhood caretakers and a notable force in r&b from the mid-eighties onward, few are better qualified to speak on the behemoth synthesis that is New Jack Swing than its pioneering producer.

His presence has been felt throughout three decades of music, itself a rare feet. His studio, however, was home to arrangements of another sort entirely. Amongst a mile-long mantel of trophies, his discovering and mentoring of The Neptunes is paramount to the era of music directly proceeding New Jack’s reign; when Pharrell, Chad, Shae and Mike perfected their sound, took hip-hop by storm and began their assault on pop from a slightly weirder angle. Riley graced us with a few moments to recount his years in NYC, his discovery of one of hip-hop’s most cherished production teams and how a call from Q changed his life for good. Hear how Teddy Riley’s sound evolved with the times in the first installment of our Primer playlist and click through to read our discussion with the legend.

OKP: Are there any contemporaries or disciples of yours that you consider worthy of that lineage?
TR: Yeah, Pharrell.

OKP: At what point were you first aware of Pharrell and Chad?
TR: They were going to the school across the street from my recording studio in Virginia Beach, Princess Anne High School. I gave the very first talent show that Princess Anne, real talent show that Princess Anne ever had, I gave there at the school. And all these kids came up to audition, and Pharrell and those guys came. Their whole crew came and auditioned. They didn’t have anything conceptual. They was just flowing, ciphering, and creating on the spot. That’s what I was looking for. I wasn’t looking for the Whitney Houston singer or somebody who sung a Luther Vandross song or George Benson’s “Greatest Love.” Wasn’t looking for any of that. I specifically was looking for creative people, and that was the first talent show where I had to overrule the judge and say, “Those guys are the winners, Pharrell and Chad.” And Mike Etheridge, Shay, all those guys were a part of The Neptunes.

OKP: They had that same level of resourcefulness. Like whatever is in the room. Whatever the toy is, you’re going to figure out what makes it work and run with it.
TR: I call music toys. Having a new instrument is like Christmas because we’re going to make so many toys with it. That’s what music and the art were about for us. Pharrell and those guys, they were on the Motif. That’s all they had. But they were making lots of music. Almost like when mom couldn’t afford to get us a hamburger from McDonald’s she made us a Wonder loaf burger with Wonder Bread. We had to do with what we got. So that’s how my life was. When I didn’t have it, I used what I had.

OKP: Was there a definitive moment when you realized these kids were the real deal?
TR: Yeah, but they were always intriguing to me. They were way ahead of their time.

OKP: Pharrell and Chad almost feel like apprentices in the Riley system. Did you have a mentor that brought you into the game the way you did for the two of them?
TR: I’m so delighted you asked. I wouldn’t be where I’m at today and know all of the things that I know had I not got with them. That’s Royal Bayyan, Adele Bayyan, and Emil Bayyan. Robert Bell, who’s Kool from Kool and the Gang. Mtume. Patrick Adams, who’s the famous club, disco and dance music guy. He was back in the day before they changed it to club. It was disco. He was the guy who made “Disco Heat” and “Jump.”