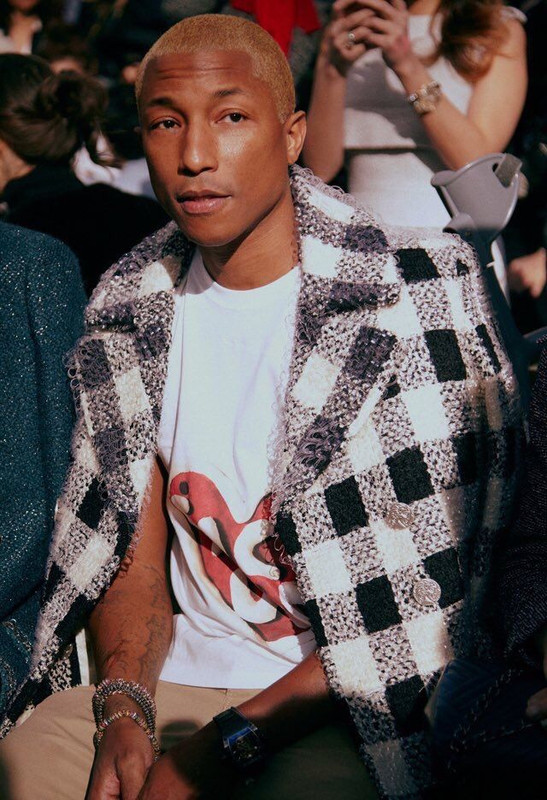 Two years after being honored with an award himself, Pharrell Williams returns to City Of Hope‘s Spirit of Life celebration — this time to host the gala, which will honor Chairman and CEO of Warner/Chappell Music, Jon Platt. “I’m honored to join my good friend Jon to support the groundbreaking and life-saving advances at City of Hope,” Williams said in a statement. “I’ve had the pleasure of working with this amazing organization before, and I’m looking forward to what promises to be a fantastic event.”

Each year, the acclaimed nonprofit center, City Of Hope, hosts the Spirit of Life gala to recognize philanthropic leader whose work has fundamentally impacted music, film or entertainment. The organization, which provides research and treatment for cancer, diabetes and other life-threatening diseases, will be presenting Platt with City of Hope’s highest honor at this year’s event in Los Angeles on Oct. 11. Other notable figures who have won the prestigious award include Mo Ostin, Clive Davis, Quincy Jones, Frances W. Preston, Shelli and Irving Azoff, Edgar Bronfman Jr., Doug Morris, and Sir Lucian Grainge.

“I’m excited that my one of my closest friends and an iconic artist, Pharrell, has agreed to host the October gala,” Platt said in a release. “As a committed philanthropist in his own right, I knew Pharrell would understand the importance of City of Hope’s mission and want to get involved. It’s going to be an amazing evening.” In 2016, the “Happy” singer was given the Songs of Hope Legend in Songwriting Award, presented by Clive Davis. The 11-time Emmy winner has worked with famous icons such as Beyoncè, JAY-Z, Ed Sheeran, Justin Timberlake, Migos among many others. Platt’s company Warner/Chappell took part in Williams pre-2010 songwriting career with hits such as Nelly‘s “Hot In Herre,” Gwen Stefani’s “Hollaback Girl” and Snoop Dogg‘s “Drop It Like It’s Hot.”