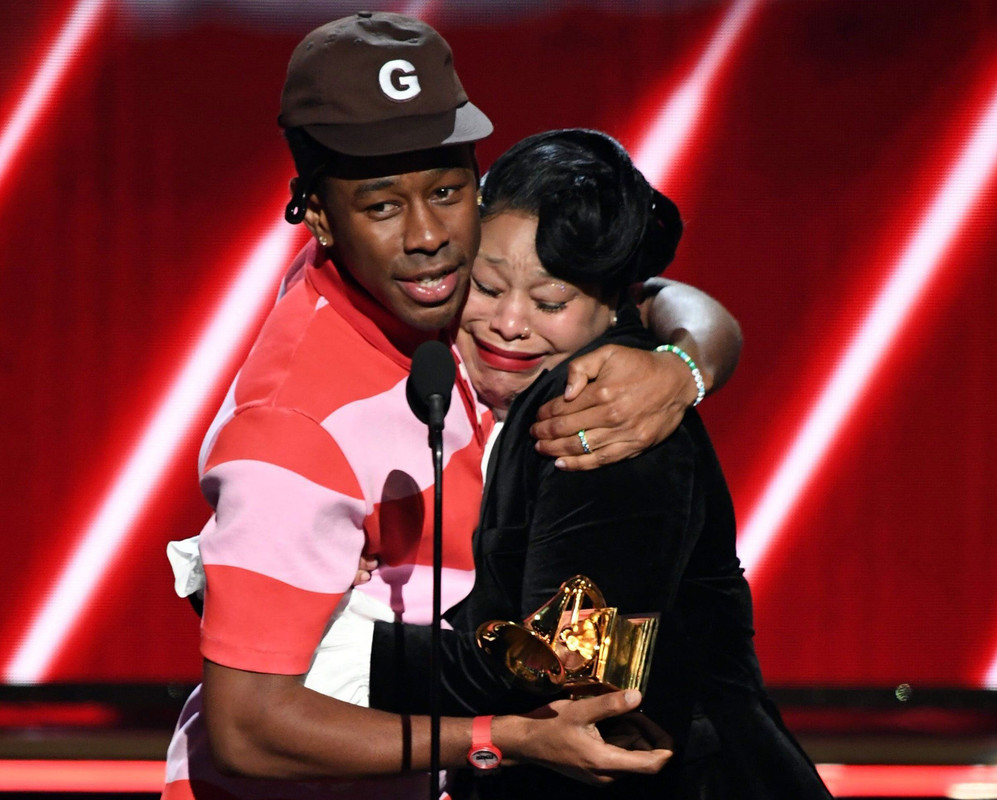 Forum member Tyler, The Creator took home his first Grammy for Best Rap Album at the 2020 ceremony, and he used his acceptance speech to thank one of his biggest musical inspirations. The former Odd Future rapper wrapped up his speech by shouting out Pharrell Williams, whom he has long cited as one of his primary musical influences: “I really wanna thank Pharrell Williams,” Tyler said. “Because again growing up feeling left-of-center to a lot of stuff that I saw on TV, that man has allowed me to be comfortable with myself and has opened up doors that you guys could not imagine. Before I met him and when I met him. So thank you P.”