Noreaga just released a Remix to his ‘Uno Mas’ tune featuring Pharrell, Miguel, Wiz Khalifa and J Alvarez produced by Hazardis Soundz, check it out below. 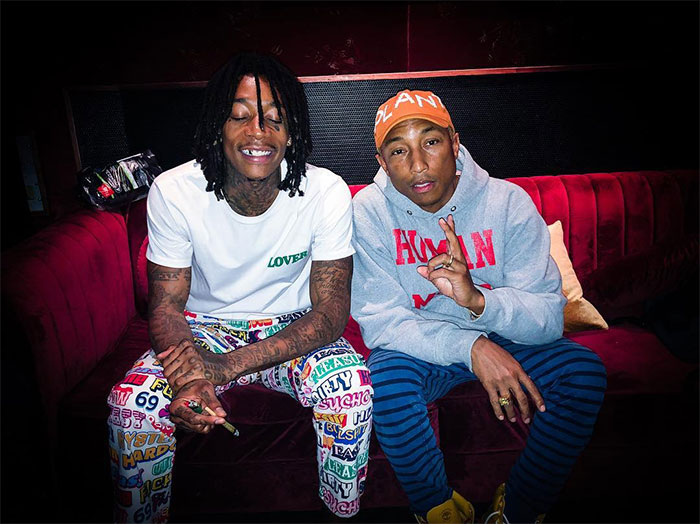 Here is a small video of Wiz and Pharrell working on some new material. It appears they’re working on an infectious new track called “Look What You Did To Me.” Soon, Skateboard P shows up to offer advice, when asked about his creative process. “I used to just be super impulsive and I didn’t think things out,” he explained. “[Now] I want them to have volume. Anything I do, I want it to have depth and purpose.”

After explaining that he often works as a “mirror” for his artists, Pharrell praised Wiz for his own creative efforts, celebrating his rapping, acting, label ownership, and hitmaking abilities. “A lot of times, we hear songs that are awesome and you really root for the person, like, ‘This person is great. Why can’t they figure it out?’ You can’t figure out, for the life of you, why they can’t make another record,” said Williams.

“You’re not one of those guys.” The video also features Pharrell and Khalifa rocking side to side while music is played in the studio, likely teasing a future collaboration from the duo. In the past, Wiz and Skateboard collaborated on O.N.I.F.C.’s “Rise Above,” which featured Tuki Carter and Amber Rose. 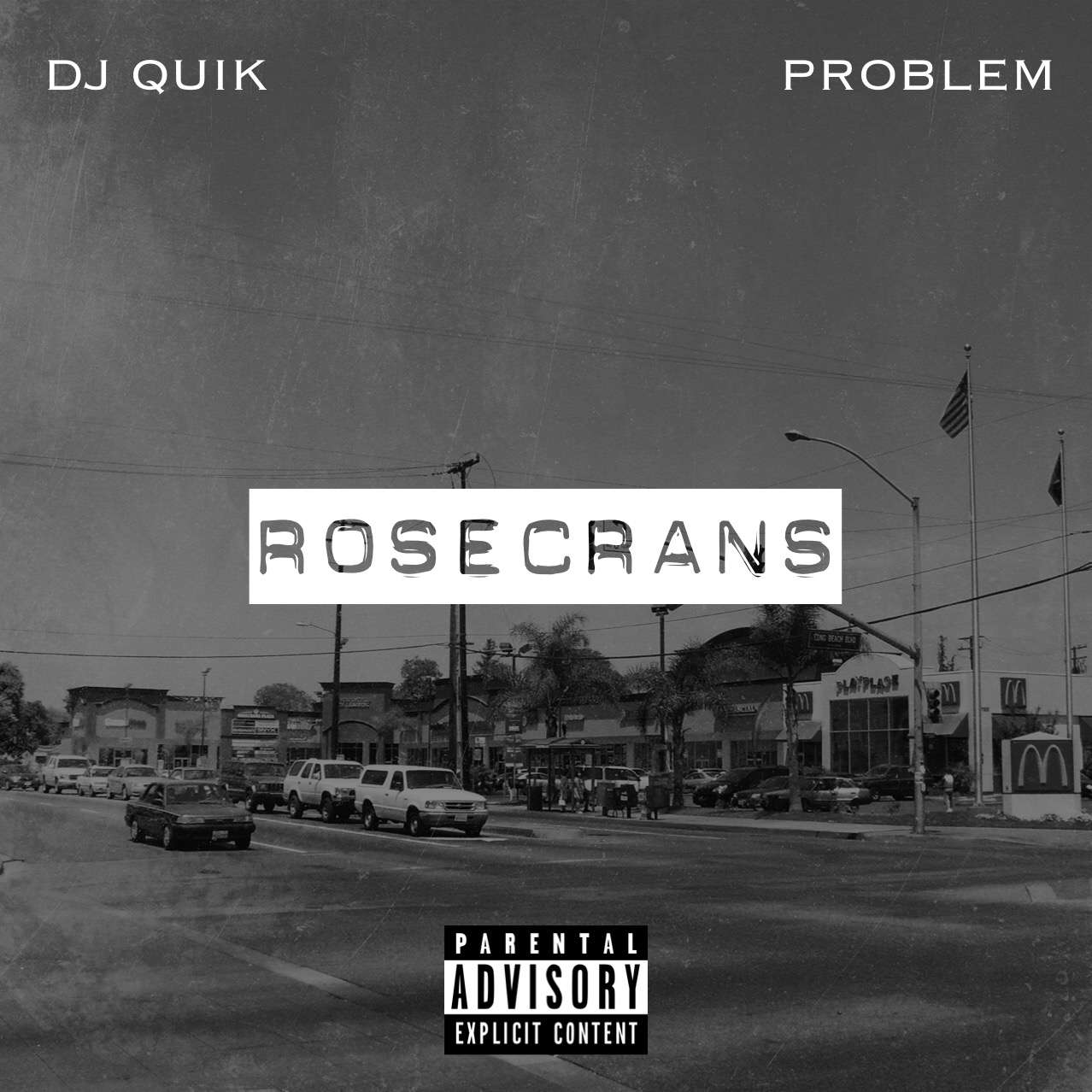 i am OTHER signee Buddy teames up with DJ Quik & Problem from their new release titled ‘Rosecrans’ on the tune ‘This Is Your Moment’ featuring Wiz Khalifa, get it now o iTunes, and check it out below. 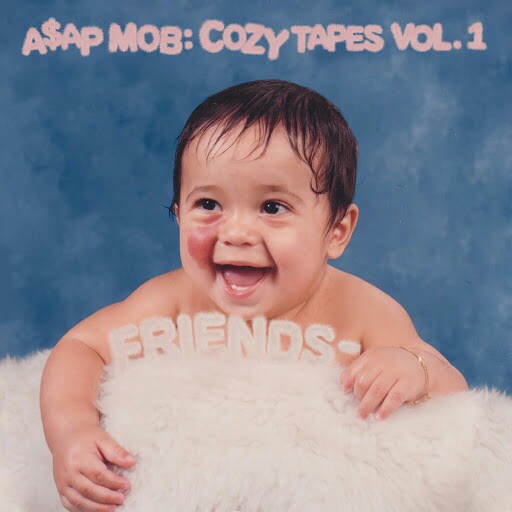 Buddy teamed up with DJ Quik and Problem’s new EP titled ‘Rosecrans’ with Wiz Khalifa and JP Cali on the tune ‘This Is Your Moment’, check it out below and make sure to cop it on iTunes.

Produced by Tyler, The Creator, Artwork by Deladeso, cop it now on iTunes. 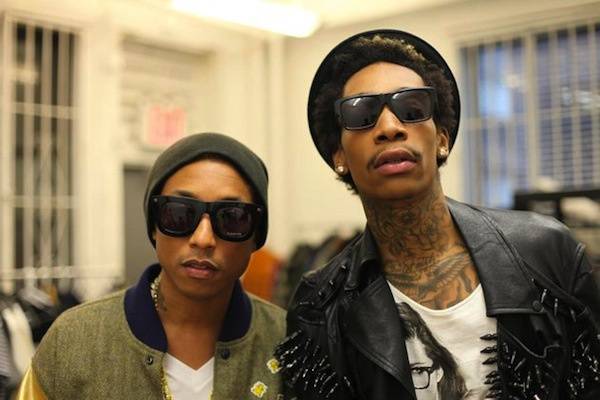 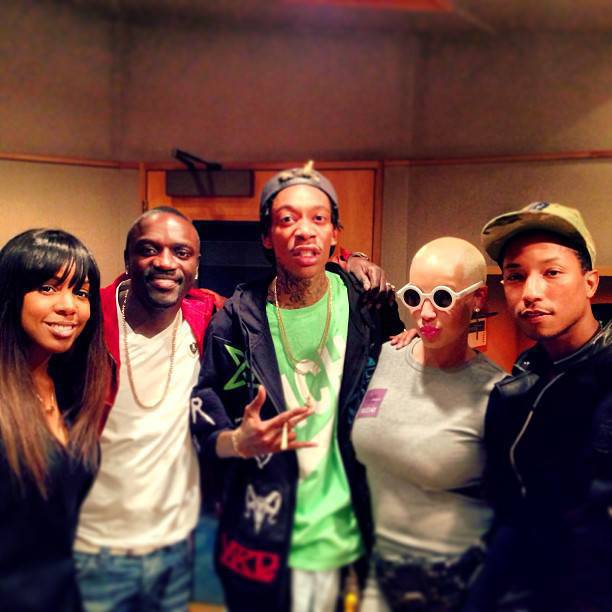 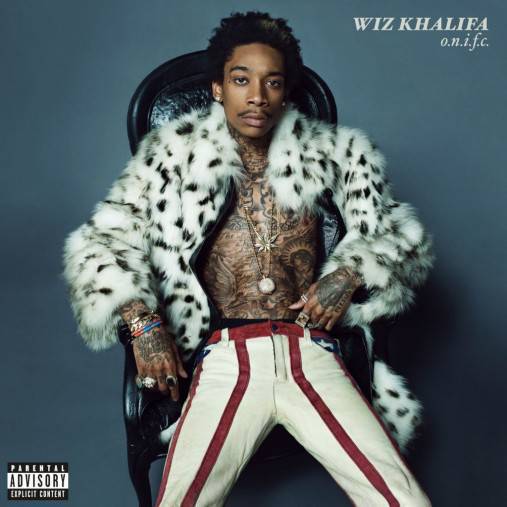 I’ve managed to make an Instrumental off Rise Above’s original tune, check it out below.

Posted: November 30th
Here is finally the studio version of Wiz Khalifa x Pharrell Williams collaboration ‘Rise Above’ featuring Pharrell, Tuki Carter and Amber Rose. After all those plenty Live Versions of ‘Rise Above’, the studio version finally leaked this morning and pretty much stands out from all other tracks from Wiz Khalifa’s fourth studio album ‘O.N.I.F.C.’. Besides all other tunes on the album, this one isn’t Trap, and that’s a good thing. With a verse of Skateboard P and Tuki Carter, Amber Rose has some vocals right on the end of the tune and that beat is pretty much dope, check out the percussion sounds in the background with them lil’ bongos, amazing. Unfortunately, their second collaboratioon from their studio session back in January ‘The Future Is Ours feat. Pharrell & 2 Chainz’ didn’t make the final version of the album, you can get it now on iTunes, check it out below.