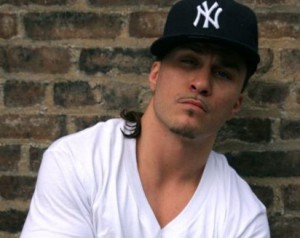 You know that Avery Storm’s first solo album is going to be interesting when, prior to its September release, some of his recent efforts include one of the few remixes of Jay-Z’s “Death of Autotune” off the Jiggaman’s soon-to-be-heard, Blueprint 3. Avery is among a handful of producers who somehow got his hands on the instrumental, then overlaid vocals. His remixing talent is just a taste of what’s to come, though. Avery recently played me a batch of new material off his new album, Shotgun Love, at Quad Studios in New York. The songs are filled with the kind of beats ideal for summertime blasting from cars and clubs both. The songs are hot, and Nelly seems to think so too. After all, Shotgun Love is being released on the rapper’s Derrty Entertainment label with a slew of guest producers and artists. Pharrell backs him too—not so bad to have two heavyweights already in your corner.

Avery is still figuring out the album’s sequence; he has a mere 300 tracks to choose from. “The way I’m going to narrow it down is what is most accurate to me at the moment and most true. But I’m pretty much already there and know what it’s going to be—about 13 songs in total.” Avery played me the album’s single, “Not Like My Girl,” featuring rapper Rick Ross with The Runners producing, plus “Terrified” featuring Jadakiss, “My Life”, “Mistakes”, and the album’s namesake intro “Shotgun Love.” “Terrified” is my personal favorite; it’s heavy, and hearing it for the first time in a soundproof studio at highest possible volume with Avery singing along was certainly an experience.