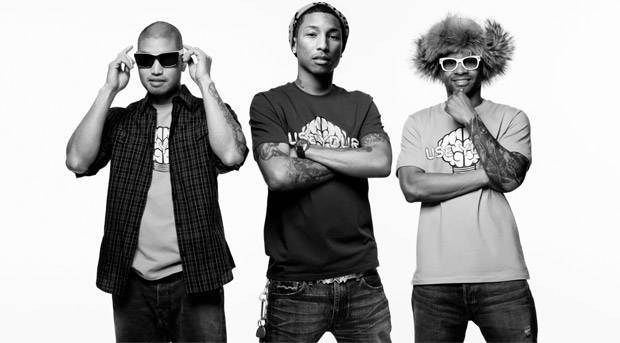 “N.E.R.D. is the special thing. You don’t just throw that [new music] out there. You take your time and you get it right,” he said. “That’s the opportunity the people afford us. It’s not like we sell all the records in the world,” said Pharrell. “We cherish that. We don’t abuse it by just throwing anything out. We take the right amount of time, the proper amount of time to give the people what they ask us for.” Speaking about his bandmates Sheldon Haley and Chad Hugo, he added: “I’m the luckiest guy in the group. Those guys are super cool.” The audio was played on the radio just now – Not included in the article is where P says “I don’t know when it’s coming. It’ll happen at some point in the future but I have a lot of things i need to do first”