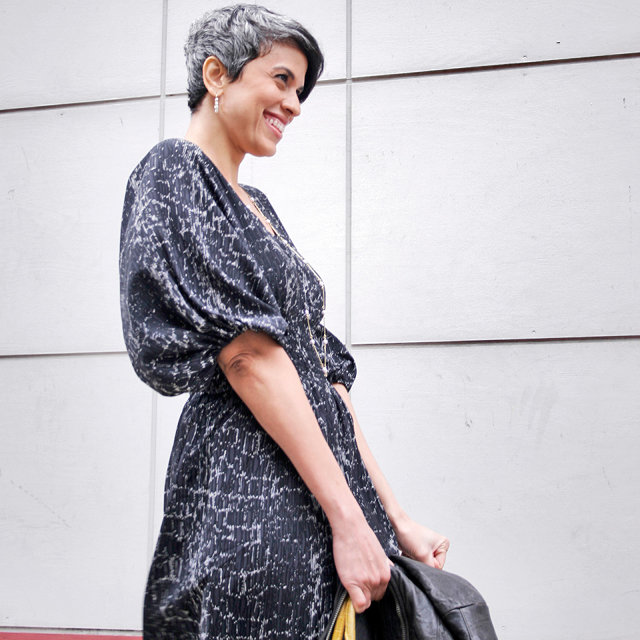 “Pharrell Williams recently told a magazine that he used to be “the guy next to the guy.” It was an apt description for a man who spent much of his two-decade career as the behind-the-scenes producer, or the somewhat famous singer/rapper in the video with the very famous singer/rapper. This past year, thanks to gargantuan hits, an Oscar nomination and a critically acclaimed solo album, Pharrell became The Guy. Which begs the question: Who is next to him? Her name is Mimi Valdés, and her vision is changing the way the world consumes pop culture.

Valdés is creative director for Pharrell’s i am OTHER, a multimedia company that works in music, apparel, philanthropy, film, video, and whatever else Pharrell wants to explore. Hers is a simple title for a complicated position where she is responsible for an astounding number of things. “Album covers, music videos, live concert performances, I’m in charge of executing all of that,” says Valdés, adding that she is not as directly involved with the fashion side of Pharrell’s growing empire. She is working on so many projects simultaneously that she has taken to listing each on its own index card. The stack is more than an inch thick.

It’s hectic, yes, but her former career as a magazine editor more than prepared her. “When you’re an editor, there are all these moving parts–writer, editor, photographer, and art,” says Valdés, who was editor-in-chief of both Vibe and Latina magazines. After years of unofficially giving Pharrell, a close friend, the advice and counsel that a creative director would, he asked her to join i am OTHER at launch. “I was unsure at first,” she admits. “I had never done this before. But I had to check myself–I have done this before. I know how to create content and this is just a different form of content. Also, I know more than anybody how to help Pharrell execute his vision.” She started in January 2011 and immediately went to work shaping a company built on the idea of innovative creativity.

And then came “Happy,” the 2013 song that catapulted Pharrell to mega-fame. “‘Happy’ is such an amazing little blessing of a story,” Valdés says. A track on the Despicable Me 2 soundtrack, “Happy” needed a music video before the film was released on DVD. “Originally Pharrell wanted to do something in a black church with a choir,” she explains. “Then I said, ‘I feel like, do what the character in the movie does. He dances through the streets, saying hi to people, doing acts of kindness.'” In someone else’s hands, the “Happy” video might have been four minutes of Disney cuteness starring Pharrell. Valdés, however, wanted to bring on the French directing duo We Are From LA (with additional creative direction from Woodkid), who turned “Happy” into a daringly original 24-hour video that played the song on loop while different people danced. It spawned more than 1950 tribute videos and propelled the song to No. 1 around the world. Many companies would have leaned on the success of “Happy” for years, but i am OTHER wants to “get involved with everything . . . every medium,” Valdés says. So on her stack of index cards there are projects for potential films, a European tour, set design for The Voice (where Pharrell is a coach), and corporate branding. “We can be a creative agency, figuring out ways for brands to engage with new audiences,” she says. “But only ones that are okay taking risks–Pharrell wants to change culture.”

So does Valdés, which is why she is also creating her own independent magazine. “Kaleido Beauty is an idea I’ve had forever,” she explains about the print title that will launch in December. “When you look at covers of magazines, it’s normally dictated by Hollywood and there’s not a lot of variety. Kaleido is concerned with the culture of beauty, with exploring what people really consider beautiful. And why.” For some, adding another major project to their lives might be a major deterrent. But for Valdés, it brings a deep satisfaction. “If I can entertain and inspire and inform, I am the happiest person in the world.”