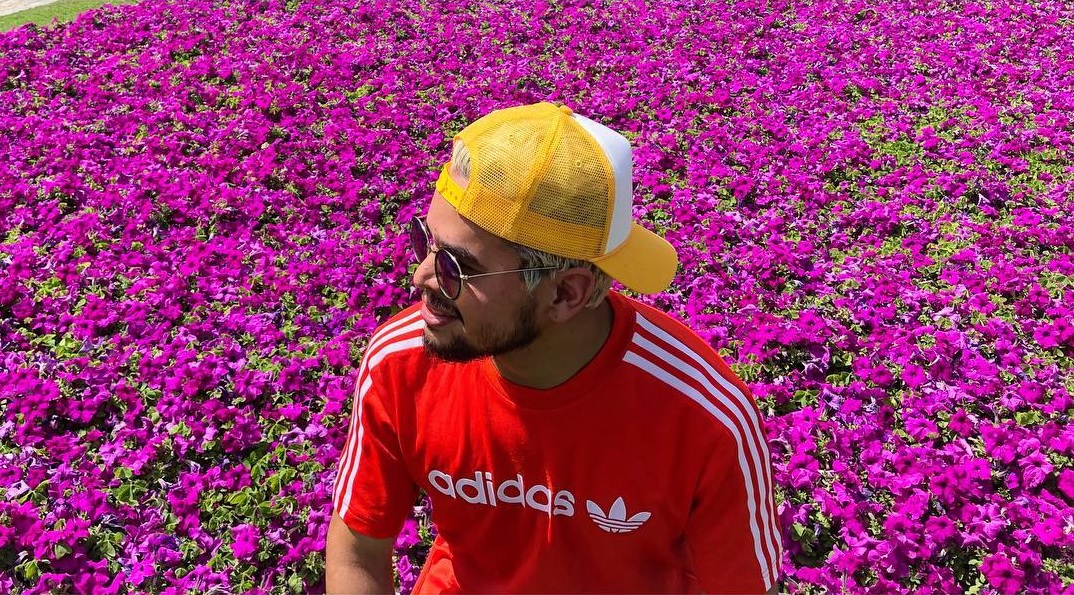 Forum Member Rafael Zurc was at the Cruilla Festival in Barcelona with his girl Juliana Borges last week to see N*E*R*D and they actually got on stage with them and Rafito freaking killed it up there, check out the video and his story below.

“Fam,I was at the Cruilla Festival in Barcelona to see them live. Festivals in Spain are so calm, so you don’t have to worry with running when they open the gates because people are there just to enjoy, drink, smoke and dance. So I walked to the main stage where they were set to play. It has 5 people on the front. All N*E*R*D fans. The band were set to start at 8h15 and I swear to god at 8h10 was like 150 people in front of the stage. I was worried. The festival organizers or something started to play some ramdon music to call the people and just then people fulfill the front of the stage.

So they got in. ‘Anti Matter’ started to play. I was hyped as fuck. Already jumping with my girl. Also so happy cause I was so close to the stage. I was able to see P’s camo socks and the hair caming off of Shae’s hat. So yeah, I was THAT close. They were rocking hard. 2002 style. Chad was there. I was just fucking happy to see them 3 on stage at the same time. My heroes!!!! Then they did ‘Kill Joy’ and crowd liked but I noticed not a lot knew the song. I and a few were rocking and jumping to it. ‘Deep Down Body Thurst’ came on. I started to cry like a bitch cause I love how that song starts and it is my favorite on the new joint. Live is even better. 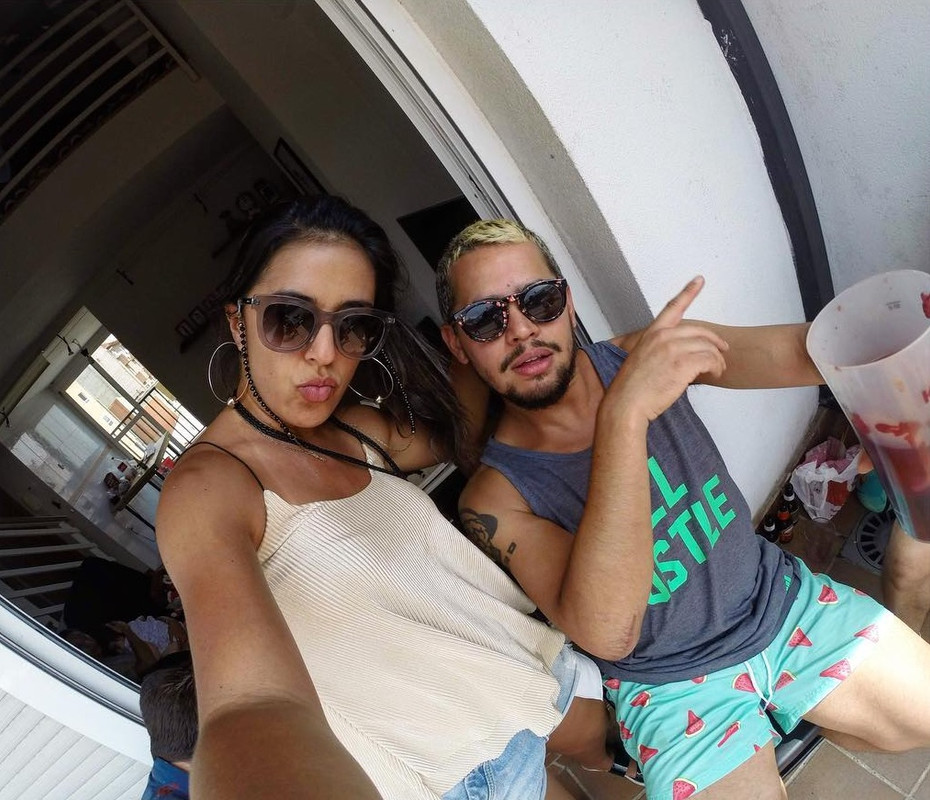 Then medley: ‘Stir Fry’, ‘Grindin’, ‘Pass The Corvouisier Part II’, ‘Drop It Like It’s Hot’, ‘Neon Guts’ and ‘Alright’. I’ve lost it jumping ad screaming the lyrics. Then ‘Spaz’. I went crazy (I remembered all those 2008 live videos and started to cry again – I cry a lot cause I am a cancer lol). ‘1000’ started and I hate that sont but live it’s so much better. I went bananas. Side note: with all my craziness and energy I noticed that P and Shae looked directly at me a bunch of times. So I was more than happy.

So ‘Kites’ started. I was bouncing and dancing to it in the same rhythm cause I know the song but the lyrics. And all of the sudden P points at me and say “you, come”. I didn’t even think twice. I knew what that was: the part of the show where fans can get lit as fuck on stage. AND SO I DID: Did you guys saw till the end? He told me that I have to stay on the fucking stage! So I did!!! I just asked him to get my girl up there too. And she walked up and stood with me there untill the end. Let me tell you something before I say that was the best day of my life: I ALMOST FAINTED LIKE 5 TIMES. I’ve put too much energy into it lol. And I was emotional as fuck. So in a lot of times i was just focusing on NOT DYING LOL. But I did well, THANK GOD!

And thanks to my girl that could record some of the parts cause I couldn’t do it. I was too emotional and everything went so fast. I wanted to dance, jump, remember the lyrics, see them perform, watch if they were close to me to rock, look at Chad on the keys and all of that at the same time. IT WAS CRA-ZY! The best part was definitely singin “everybody say hell yeah. Everybody say N*E*R*D” with P. He put the mic on me and I did it. (How many of you did that shit at your room alone? I did that shit on my mind SO MANY TIMES alone in my home back in Brazil and finally I was doing it live, in front of thousands of people, in Spain, with my HERO, Pharrell fucking Williams! I will try to put the video of that up soon.
Ps.: he also did his verse of Everyone Nose (Remix) and he walked next to me for me to sing on the mic “sha got the fattest ass”. CRA-ZEEE”

You guys have no idea how many times I did this moment in my head back in Brazil. I’m not talking about being on stage with my idols, I’m talking about singing “EVERYBODY SAY HELL YEAH, EVERYBODY SAY N.E.R.D”. I went from being a frustrated boy that thought that he would never be able to see his favorite band live to be like a fourth member of that same band. Cra-Zee! Every time I see this video I cry. Tears of joy. Tears of disbelief. I have to see it so many times cause it doesnt seems real. It’s like I had this dream of going to a festival in Barcelona to see my favorite band and Pharrell Williams asked me to join the stage with him. Every thing passed so fast. Like a unicorn just passed flying in front of me in the speed of light. Thats how I going to call this moment from now on: “Speed of Light Unicorn”. It was fast but was beautiful and magical, just like a flying unicorn would be. Thanks @sha3 @chadhugo @pharrell aka @nerd for being so inspirational and my heroes. You guys gave me energy all these years and that I put that same energy on that stage with you guys. One Love, N.E.R.D, Peace! 🖖🏽 Ps: thank you my love @jurborges ❤️ @i_am_other . Vocês não têm ideia de quantas vezes eu vivi esse momento na minha cabeça quando ainda tava no Brasil. Não estou falando de estar no palco com meu ídolos, tô falando de cantar “EVERYBODY SAY HELL YEAH, EVERYBODY SAY N.E.R.D” com eles. Toda vez que vejo esse vídeo eu choro. Lagrimas de alegria. Lagrimas de descrença. Eu o vi tantas vezes porque não parece real. É como se eu tivesse sonhado que fui a Barcelona ver meus ídolos em um festival e Pharrell Williams me chamou para ir ao palco com ele. Foi tudo tão rápido, como se um unicórnio tivesse passado voando na minha frente na velocidade da luz. Acho que é assim que vou chamar esse momento “Unicórnio na Velocidade da Luz”. Tão rápido, mas tão lindo e mágico, como deve ser um unicórnio. #pharrell #pharrellwilliams #iamother #startrak #chadhugo #nerd #neptunes #theneptunes #rockstar #insearchof #CruillaFestival #cruilla2018 #cruillabcn 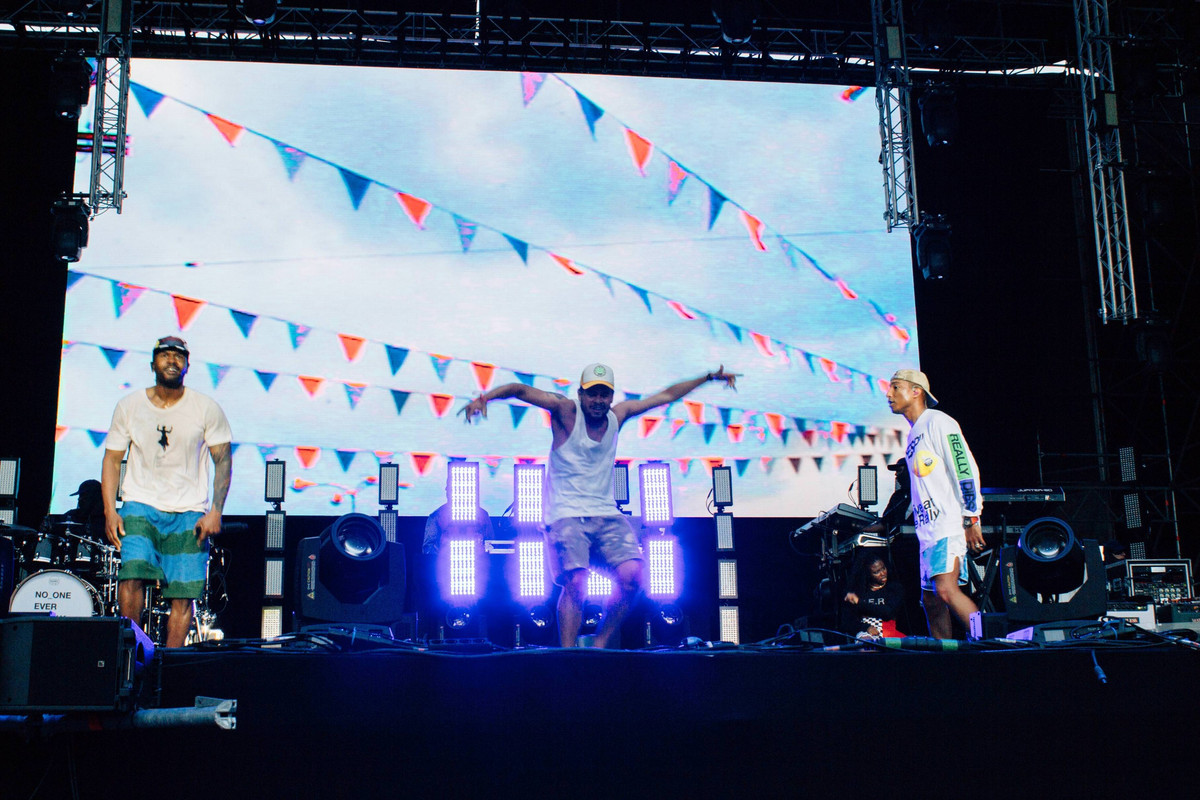 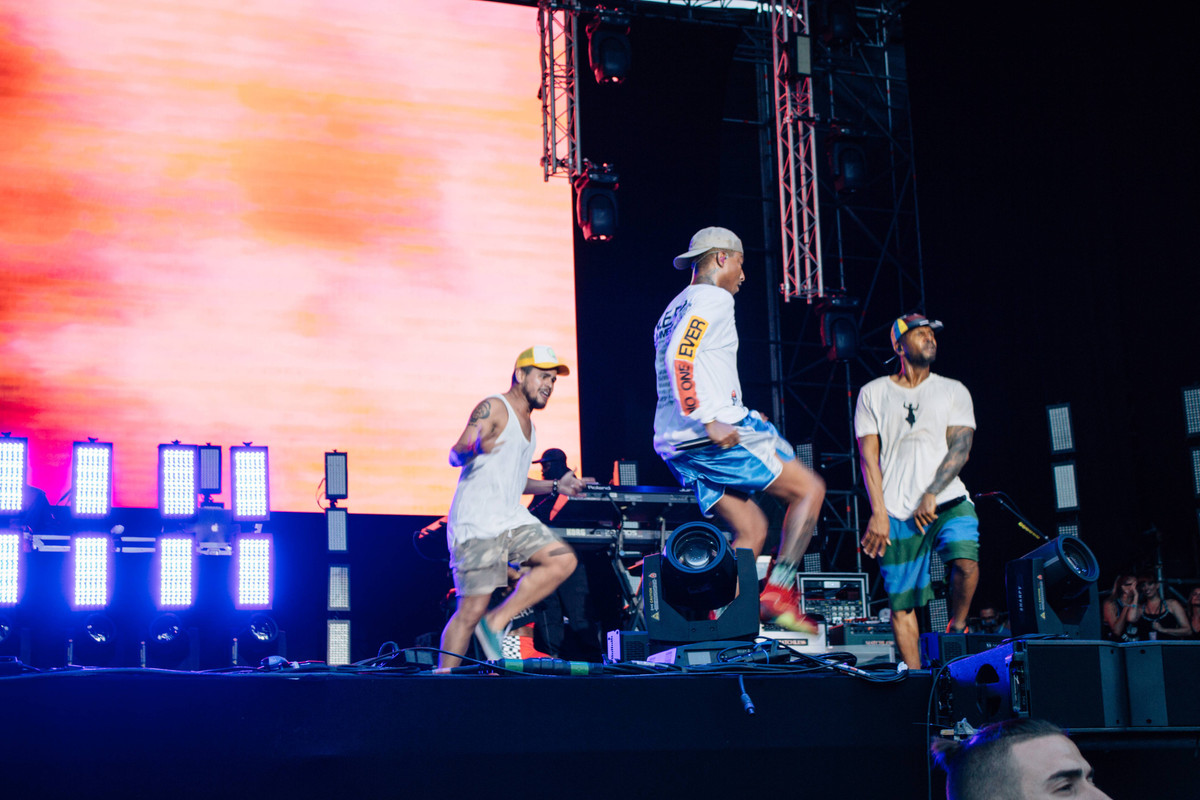 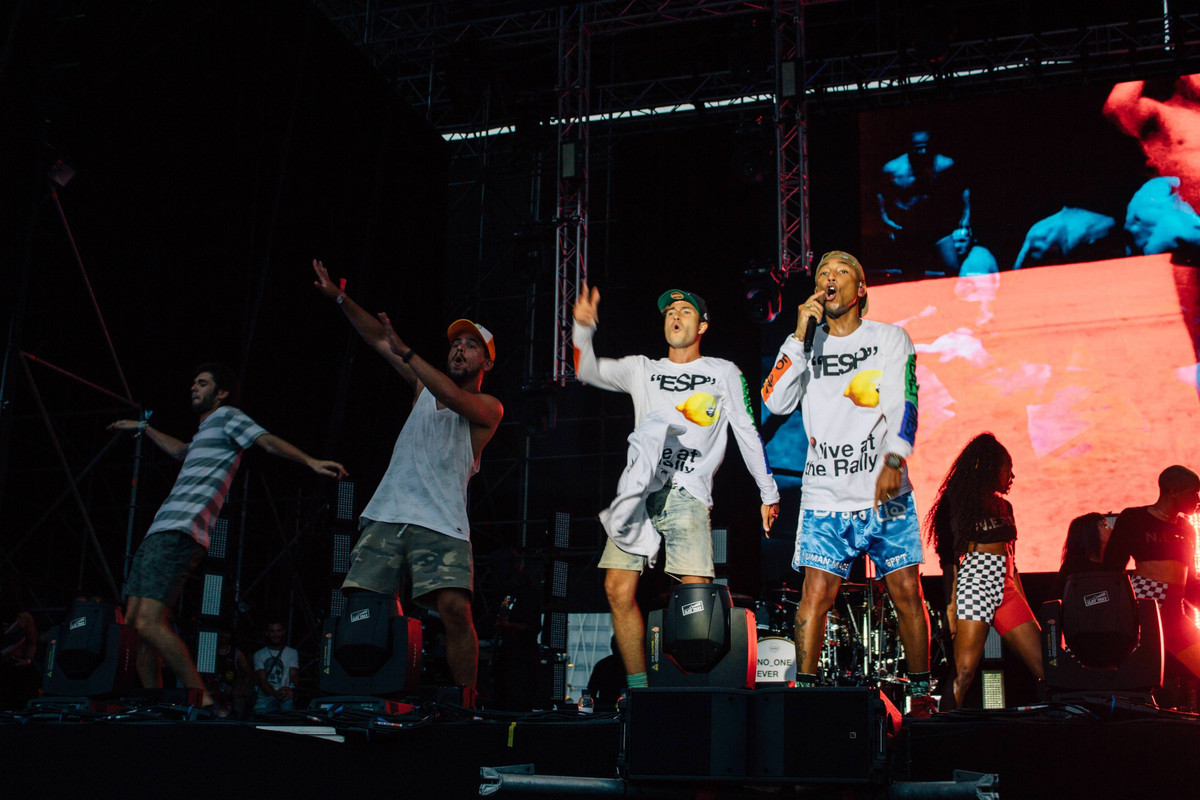 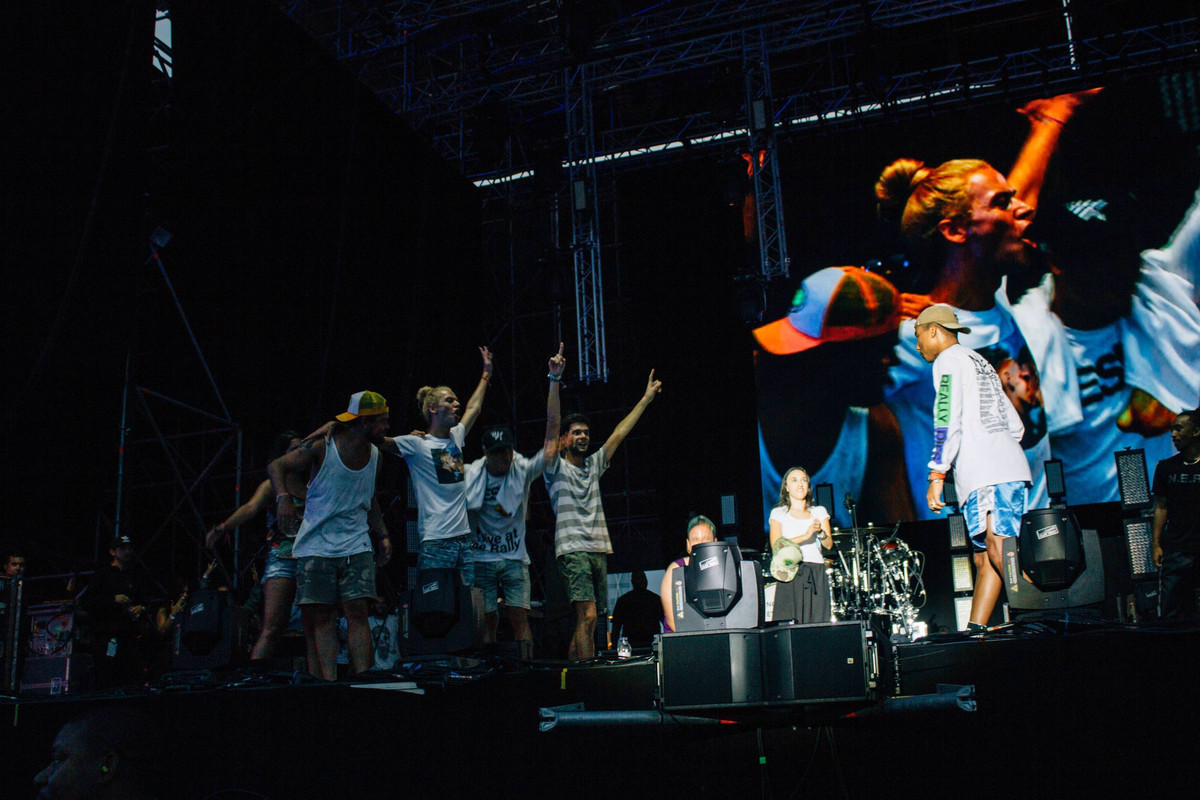 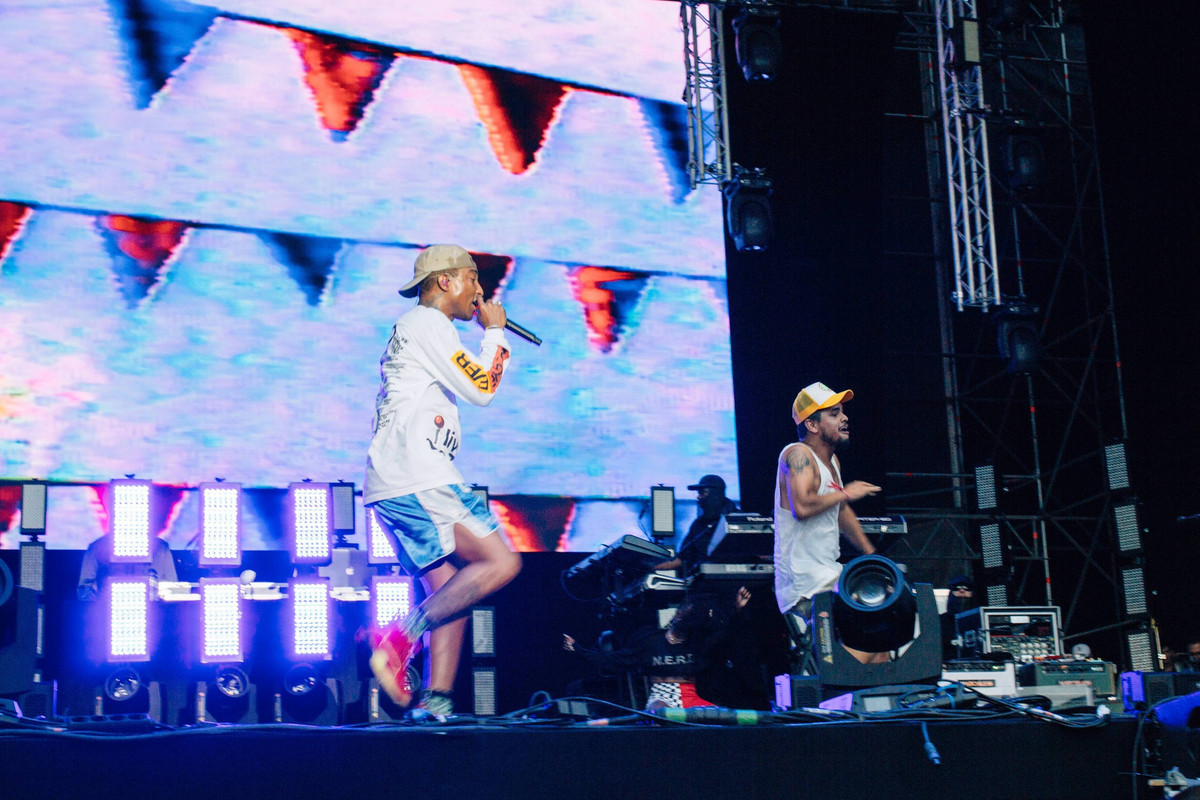