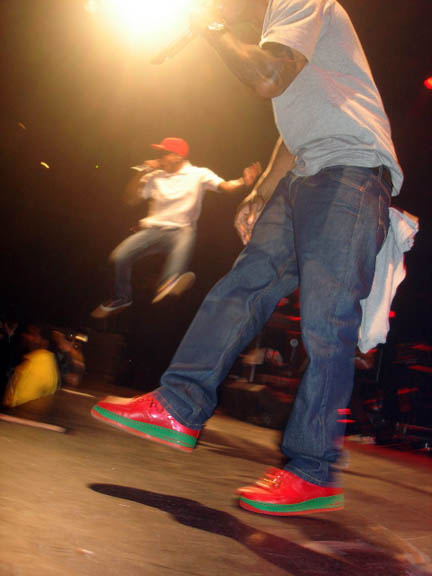 It wasn’t so long ago that everything Pharrell Williams touched turned to platinum. At one point in 2003, Pharrell and his childhood friend Chad Hugo – working under the name The Neptunes – had produced nearly 20 per cent of the songs playing on British radio. Britney Spears, Snoop Dogg and Justin Timberlake are just a few of the stars to have called upon them for their unique sound. With their own band, N¤E¤R¤D – in which they are joined by Shay Haley – they have also enjoyed success. Their 2001 debut In Search Of…, a genre-spanning mix of hard rock, funk and hip-hop, is a thrilling record in spite of its inconsistencies, and 2004’s Fly Or Die was also well received. Yet their star has waned – Pharrell’s debut solo album in 2006 failed to live up to expectations, and The Neptunes sound no longer dominates. When N¤E¤R¤D’s third album, Seeing Sounds, was released this summer without much fanfare, the question was asked; has Pharrell lost his touch? On the evidence of the reception that greeted the band tonight, the answer is a resounding negative. The main reason for this is Pharrell himself. Live, the skinny 35-year-old from Virginia is a true star, especially with the ladies. He plays up to it, too, blowing kisses into the crowd. 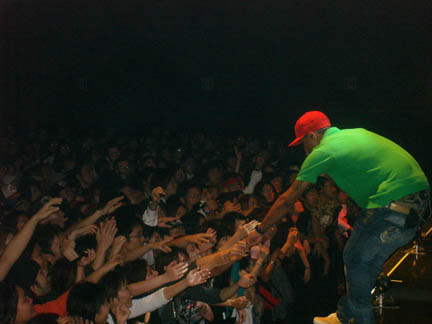 Hugo was absent (which went unexplained), but the night wasn’t just a one-man show. Alongside Haley and another MC (Fam-Lay), the live band (which included two drum-kits) was impressively tight. Despite his cool demeanour, Pharrell’s knack is connecting with the crowd. Many bands tell the audience they want to party with them, but N¤E¤R¤D seem to mean it. “I don’t see any signs saying no crowd surfing,” Pharrell suggested, and later he invited three guys from the audience on stage to dance during the frantic “Spaz“. When one whispered into his ear, Pharrell said, “No, you’re my idol.” At the end of the night Pharrell repeated the trick, but this time with a dozen or so women. Finishing with “Everyone Nose” and “She Wants To Move“, with a little bit of the riff from The White Stripes’ “Seven Nation Army” thrown in for good measure, the crowd never stopped bouncing. The lack of an encore after a relatively short set was a touch disappointing, but it’s never a bad move to leave an audience wanting more. Pharrell and his posse may not currently be as all-conquering as they once were, but on this night they proved that their star quality endures.
*independent.co.uk