Lupe Fiasco praises his “homie” Pharrell and explains how the rapper/producer inspired Kanye West and Jay-Z, thanks to Reidkid.

Game leaked a new tune today that features Lupe Fiasco titled ‘Skate On’ from the latest mixtape ‘California Republic’ dropping today, which is rumored to be produced by The Neptunes because Game mentions Pharrell right at the end, but that doesn’t really mean its produced by him, even the beat doesn’t sound neptunish though, but according to an Interview that Game gave to Rap-Up a year ago, ‘Skate On’ has been planned for the RED album and it was given to him by Fabian, an enginner, who mixes most of The Neptunes stuff (never heard that name before) and says that Game doesn’t remember who produced it, ddotomen.com says it’s produced by DJ Infamous which is probably right, nonetheless that tune is dope and I’ve managed to remove the DJ and added a suprise at the end of the track, check it out below, thanks to lilsoulbrother85. 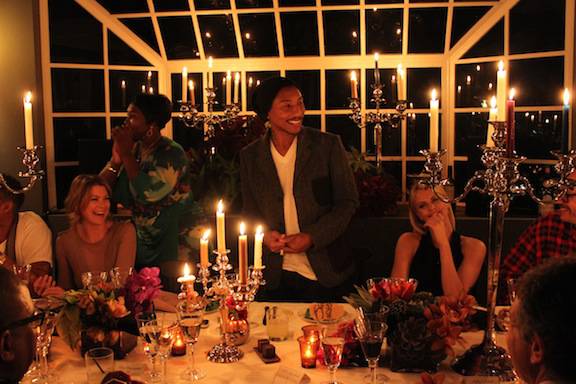 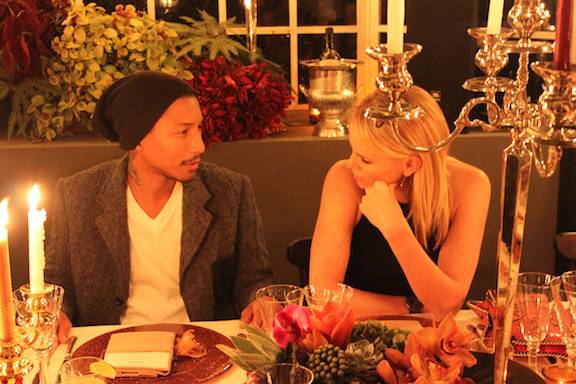 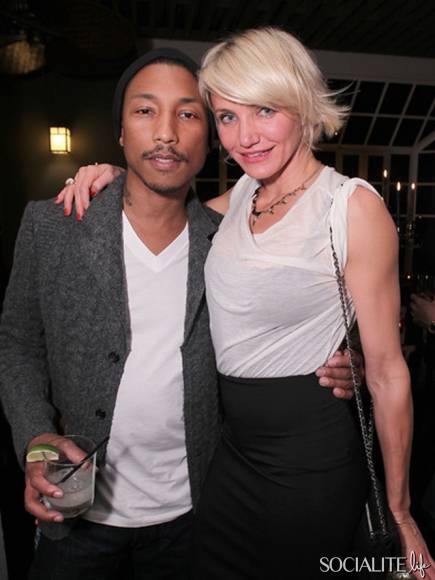 END_OF_DOCUMENT_TOKEN_TO_BE_REPLACED

Lupe Fiasco revealed this morning and made an announcement on his official site stating that he will do an joint album with Pharrell Williams, as well as Lupe Fiasco’s next album Food & Liquor 2. This will probably be the closest thing that we will get from the Child Rebel Soldier (CRS, Lupe Fiasco, Pharrell Williams and Kanye West) Project. Lupe has been notorious for delaying albums and the CRS group is basically in a mythical state as fans have waited for some type of full project collaboration between the three for many years, so don’t get too exited yet!

Tyler, The Creator has been in the studio with Pharrell, Maxine and Lupe last night where they did some music together, Tyler also revealed on the forum that he’s heard some upcoming projects by The Neptunes for 2012 such as a new Rick Ross Tune, Mary J. Blige’s Tune and a Mac Miller Tune. “studio with p was crazy last night. spent an hour playing new shit. his shit with ross is good, and the mary j blige song is the best sounding shit ive heard in a while. he’s excited about music again. i heard some other top secret shit i cant tell u guys about. but most of the shit for this year is super goooooooood. we made a beat last night, sounds like some in search of shit almost. shae was there too. so was maxine.” said Tyler.

Pharrell is also working on “some left field music that sounds amazing” “i love maxine. and uh, the songs they (mac miller) did are pretty awesome. we talked about in my mind and some other shit, and alsso, P is doing some left field music shit thats sounds amazing. like, you niggas aint ready. last night made me remember why i was a fan. cant wait for you guys to hear the new stuff, its good to see him excited about music again and not just making wack shit. he’s awesome.” A huge thanks to Tyler for the informations.

“TONIGHT WAS ONE OF THE GREATEST NIGHTS EVER.” “AAAAAAAAAHHHHHHHHHHH!!!!!!” “I Finally Met Shae!!!,” he wrote, adding a photo of an autographed copy of N.E.R.D.’s debut album In Search Of. “Damn, I Still Fan Out. This F—ing Rules. It Was A Moment Where I Was Like, O F—, Am i Really Here? This Beat We made Fucking Rules” “DUDE. YOU KNOW WHEN YOU TRY TO KEEP IT COOL AND NOT FAN OUT? BUT INSIDE YOUR SCREAMING JOY? YEAH” “Like, Come On Son, I Know This Ni— And Still Be Buggin. Thats Tight. Last Thing, He Walked In On Me Playing the Piano. Like, What The F—.” “F— I Cant Even Sleep Right Now. All The New Sh– I Heard. This Ni— Came In Like ‘YEAAAAHHHH’ And I Looked Up From Play Some Minor Note.”

Raak remixed on of the highlights from Lupe Fiasco’s Friend Of The People mixtape “Super Cold” and added some hard and hungry Philly spitters Ab Liva, Gilbere Forte and Asaad to the mix.

Fans have long awaited the release of CRS (Child Rebel Soldier), a special project from Kanye West, Lupe Fiasco and Pharrell, but the project has not manifested after about four years. The outlook on the super group’s feature is bleak, according to Fiasco, who said an album wasn’t likely. “Um, probably not. I don’t foresee it. I don’t know,” he said in an exclusive interview with AllHipHop.com.The Chicago rapper proceeded to explain, at length, how things have progressed since the trio released “US Placers” in 2007.

On several occasions, it seemed like the highly-sought opus would release new material to no avail. Lupe Fiasco did leave a sliver of hope for fans. “It ain’t on me, it ain’t on Lupe,” he continued. “There’s three other people that’s involved; three different record labels; three different kinds of systems and management and all this other kind of stuff involved. So, creatively I’m always down to collaborate but, this particular thing, I don’t know.”

‘Land 2 Air Chronicles I: Chaos & The Darkness’ Out Now On iTunes

Kenna has finally released his long anticipated first EP of the Land 2 Air Chronicles installment titled ‘Chaos & The Darkness’ which is out right now on iTunes. Kenna will also donate a $1 for each download to provide clean drinking water, so get that EP right now ! If you’ve heard the tunes, you’ll realise that ‘What U Want’ already leaked but as a Lupe Fiasco tune and unmixed which was probably planned for Lasers. The Kenna version is pretty dope and has pretty much changed a lot. So it’s safe to say that ‘What U Want’ is produced by Chad Hugo & Kenna and written by Lupe Fiasco.