Sammy Adams In The Studio With Pharrell (January 26th ) 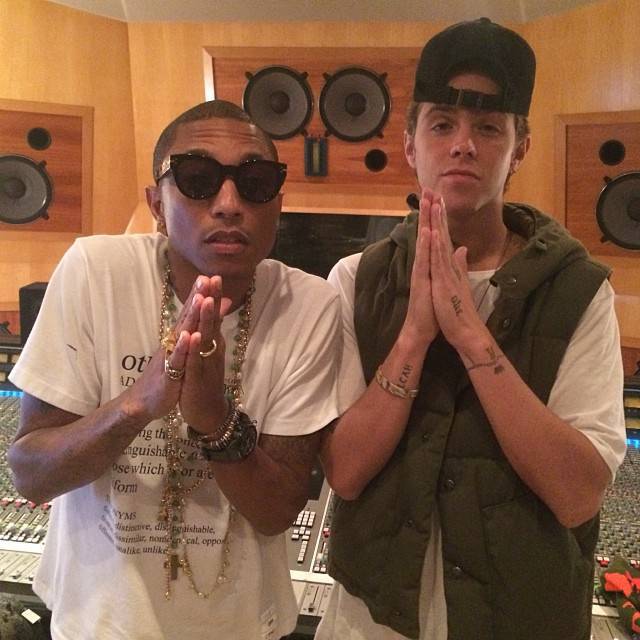 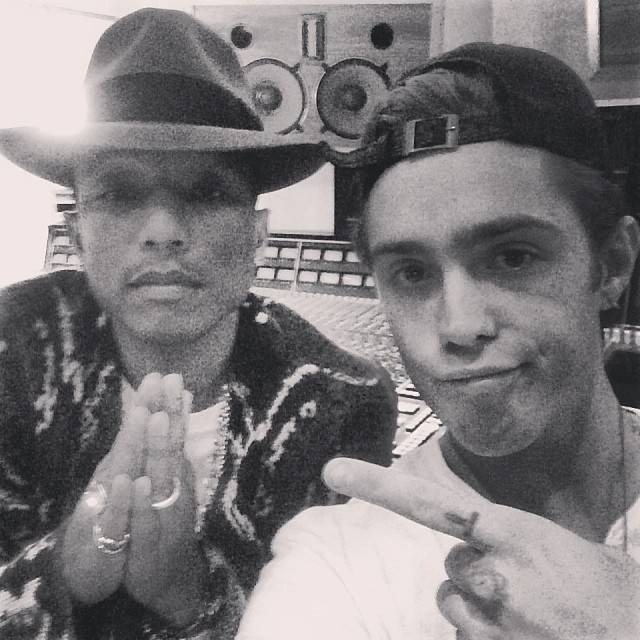 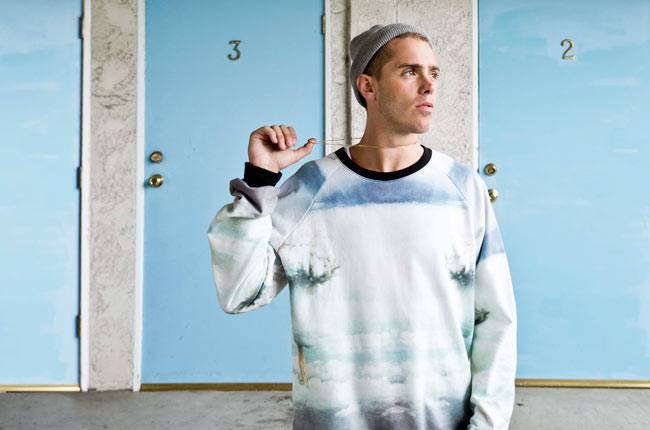 Having battled criticism and skepticism from bloggers and critics alike following the success of 2010’s “Boston’s Boy” (which peaked at No. 73 on the Billboard 200 chart), Boston pop-rapper Sammy Adams is back with a vengeance, and now has major label support in RCA. Following the release of his “Homecoming” EP, which debuted last week at No. 45 on the Billboard 200, Adams spoke to Billboard about his future, which includes a Pharrell Williams–assisted full-length and a headlining tour slated for 2014.

Your full length is expected in 2014. Are you planning any big collaborations?
The collaboration I’m most excited about is Pharrell. He’ll have a bunch of songs on the LP. I was working with him in Miami for awhile. He taught me to not think, just go and make music, and make sure it’s you. A lot of the stuff I played him before, he liked them, but he’d ask, “Are you in it?” That was such a good question, because there was always a little part of me missing from the songs. That was definitely a good lesson to learn. 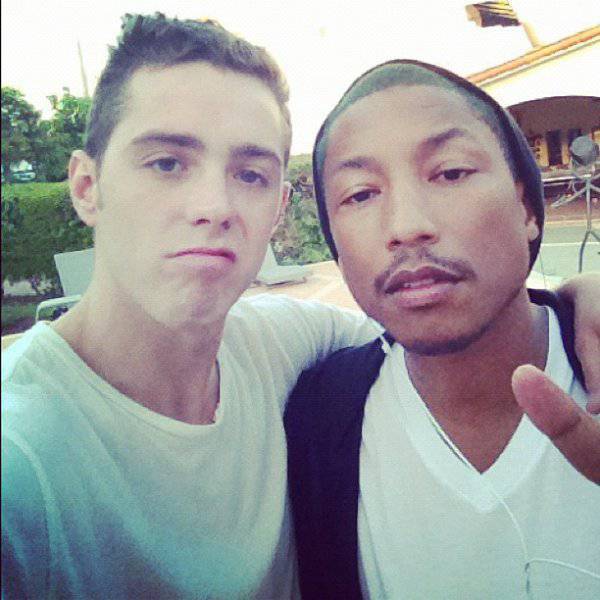 While working on his first full-length album, I Wish, Boston rapper Sammy Adams has logged studio time with some well-respected music industry veterans. Adams has teamed with the likes of singer-songwriter-producer Bei Maejor, citing him and others as an influence during the recording process. But there is one person in particular who the 25-year-old “All Night Longer” creator both enjoyed working with and learned some valuable information from: Pharrell Williams. “We’re pretty lucky because Pharrell and Bei Maejor, you know, took risks because I wasn’t like a big name,” Adams tells The BoomBox. “You know, sorta big but not like a famous name to work with.”

During one studio session with Pharrell, the former soccer star had a memorable discussion with The Neptunes producer, after he admitted to jotting down ideas at every chance he got. “The most inspirational talk I had was probably about three months ago with Pharrell,” Adams reveals. “I always carry around with me a notepad with like a journal. It’s like my road book. Anything that I feel or think about I write down. “I was having a conversation with him and I pulled out the notepad and he was like, ‘What are you doing? What’s that?’ I was like, ‘This notebook, I write everything down. Even on planes, or anything funny that happens or anything anywhere, if I have an idea, I write it down right away.’ Same thing with the memo pad on my iPhone. He was like, ‘Whoa, no one does that at your age. No one.'”

Pharrell’s respect for Adams‘ thought process also lead to a conversation about sensory deprivation — the N*E*R*D frontman informed the upcoming rapper he suffered from it. “He was blown away. He was like, ‘When do you write your best stuff?’ And I was like, ‘Planes, cars, anything moving, like trains. When it’s raining, when I’m near the ocean, any type of perpetual movement.’ And he was like, ‘Yeah, you have sensory deprivation.’ And I was like, ‘I don’t know what the fuck that is.’ “But he explained it, when it rains you can’t really hear anything other than the rain so it either sparks a lot of ideas in your head, because your sort of deprived of hearing all the noises around you, or when you’re in a plane, you’re constantly moving so you can’t feel any other way than that you’re moving and you get all your thoughts out. It’s really cool, because the way he explained it made perfect sense.”

Adams explains his rationale for keeping the notebook with him at all times, in which he sums up in the aphorism “luck is a skill.” “When I’m on planes and I sort of come up with stuff or I produce a beat or an instrumental, it sort of comes out of nowhere,” he shares. “It could be anywhere from pressing keys and it’s like the perfect chord, for the bass line or a perfect something. So it’s the ‘luck is a skill’ thing. “Sensory deprivation goes hand-in-hand with that. You never know when you’re gonna write a line that makes you famous or a song that could make you famous. You just always have to stay open to the possibility that it can happen.” ‘I Wish’, Sammy Adams‘ debut album, is set for release later this year through RCA Records.