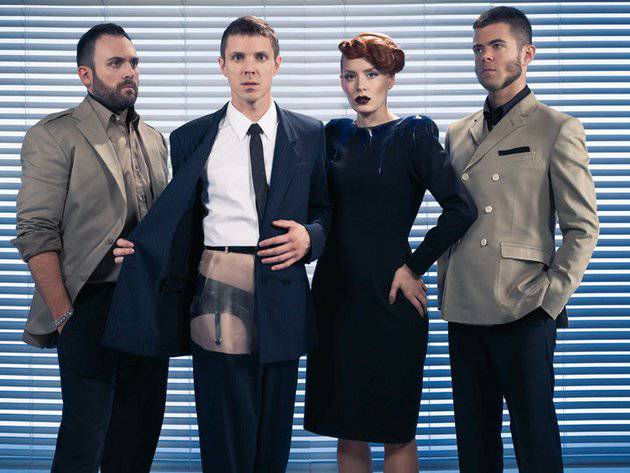 By Alex Hudson. It’s been a few months since Scissor Sisters promised a new album and unveiled a music video, so we were starting to wonder why we hadn’t got some confirmed details about the glam pop crew’s forthcoming full-length. That has now finally changed, since the band have announced that the LP is called Magic Hour. In the UK, the album will be released on May 28 through Polydor, though so far a North American release has yet to be confirmed. In a statement, singer Jake Shears had this to say about Magic Hour: “It’s a sweet joyful mélange of beat-driven future-pop. It style-hops all over the place unabashedly.”

The album will feature collaborations with Diplo, Pharrell Williams and Alexander Ridha (aka Boys Noize). Of course, there’s also a cameo from Azealia Banks, who showed up on the lead single “Shady Love” under the pseudonym Krystal Pepsy. What’s more, Calvin Harris pitched in as co-producer on the single “Only The Horses,” which will arrive ahead of the album on May 20. Shears said, “When we wrote ‘Horses,’ I immediately knew that he’d help knock it out of the park.” Watch the video for “Shady Love” below.