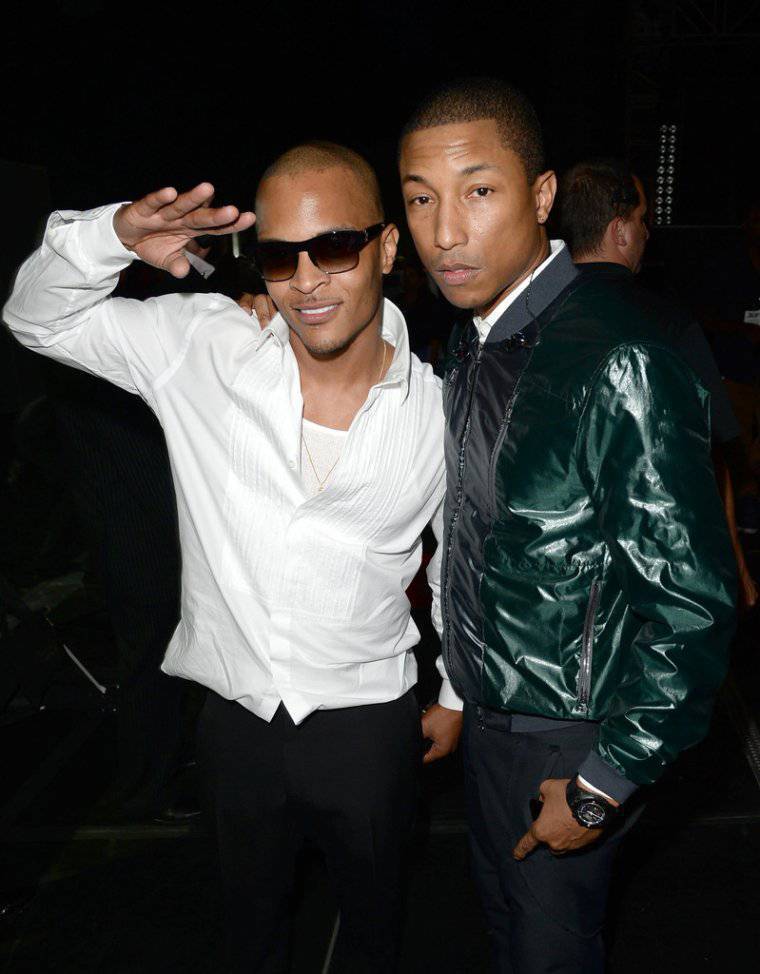 By Roman Cooper. The 2013 Soul Train Awards took place at the Orleans Arena in Las Vegas, Nevada, on Friday (November 8). The awards show is meant to honor some of music’s most soulful artists, and Hip Hop was well-represented at the event. One of the top awards, “Album Of The Year,” went to Kendrick Lamar for his studio debut, good kid, m.A.A.d city. In addition to earning a platinum plaque, good kid earned Kendrick the “Album Of The Year” award at the BET Hip Hop Awards, a nomination for “Top Rap Album” at the Billboard Music Awards, and numerous other award nominations.

Robin Thicke, Pharrell Williams, and T.I. earned the “Song Of The Year” award for Thicke’s smash single “Blurred Lines,” which broke the record for the highest radio audience ever. The track did cause some controversy, as Thicke sued Marvin Gaye’s family over lawsuit threats stemming from the song. Also among the winners were Miguel and Tamar Braxton, who took home the Best R&B/Soul Male and Female Artist awards. To catch the rest of the awards, tune into the 2013 Soul Train Awards, which will air Sunday, December 1, 2013 at 9:00 PM EST on BET and CENTRIC.